Watch Godless in Dixie on The Atheist Experience (Video)

This past weekend I had the honor of speaking to three different groups in San Antonio and Austin, Texas. My hosts were gracious and the groups were very warm and welcoming as well, as they always are. I particularly want to write about my experience addressing a room full of trainees at the local Air Force base in San Antonio on Sunday morning, but I will have to save that for another post.

While I was in Austin I was invited to be a guest host on the widely beloved show The Atheist Experience.  My co-host this weekend was show regular Russell Glasser, and I had a great time getting to be on the show. Those who know me know that I am not heavy into the debate scene, but I certainly know my way around the inside of most evangelical arguments for just about everything, so that helps.

We took several calls during the show, my favorite of which was “Hamish,” who said he was calling from Perth, Scotland.  Subsequent debate on the show’s open discussion thread has largely centered around whether or not Hamish was a “poe,” with his thick Scottish brogue and his predictably standard Calvinistic proclamations, without offering any real logical support. In other words, our first caller may in fact have been No True Scotsman. Heh. Sorry, couldn’t resist.

Personally, I still suspect he was legit, but you can decide for yourself.

It was an honor to be on the show, and I’m happy to have made some new friends in Austin along the way! 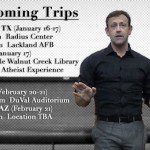 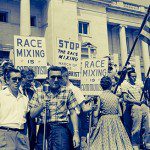