When the In-Laws Try to Help

When the In-Laws Try to Help February 6, 2016 Neil Carter 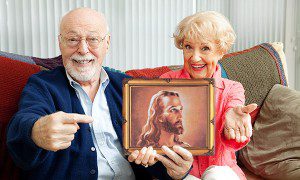 An online friend recounted a story this week, and it touched a nerve for me. He and his wife have been working through their differences since he became an atheist, and it sounds like they are making some progress, perhaps arriving at a few compromises. But anyone who has walked through this knows that the greatest difficulties often don’t come from within the marriage itself. It is my observation that the greatest challenges to “mixed faith” marriages come from the outside, from friends and family.

Jim’s story is regrettably typical. Here is what he shared:

My wife and I never really had an issue with my atheism until I became public with it. Since then, we have had a lot of outside pressure from her parents about how to raise our daughter, how not doing it in the church makes us bad parents, etc. They have been pressuring her behind the scenes, saying that even though we had agreed to wait till our daughter was older to do anything with churches that my wife should go back on it and take her anyways. This caused some arguments but I think for the first time my wife actually understood why I didn’t want our daughter in church till she could understand what she is being told and question it. It also lead to us actually talking about our beliefs a bit more in depth and her asking her first questions about what atheism actually is and why I am one.

But then the in-laws came today and took her out to lunch to make sure she was “safe” and that I wasn’t being abusive. Obviously I wasn’t and it made her upset that they would ever think that of me. It made me think just how powerful the stigma of atheism is, and how coming to a compromise with my wife about how to raise our daughter in a more secular way sends up flags that I am hurting her. I really thought they knew me better. The prejudice shocked me. My wife and I will be fine, and we are happy, so I don’t want it to come out as complaining. It’s just sad to know that people who mean so much to my daughter and wife think so little of me for just one simple difference of opinion.

When Jim first told this story, the only reply I could manage was a growl.

First of all, Jim’s in-laws reacted the same way a lot of people react: Their first assumption was that Jim must suddenly have lost all ability to know right from wrong. Even though he previously was a loving husband and a good father, soon he will sprout horns and begin sacrificing the family pets on the coffee table. Whatever an atheist is, surely it must be one of those people.

What is bigotry if not uncharitable condemnation directed toward those you don’t understand? It doesn’t become any less bigoted when you couch it in a vocabulary of loving concern.

God Has No Boundaries

But sugar-coated religious bigotry isn’t the only thing wrong with this picture. I want you to notice something else: Even before this offensive conversation, Jim’s in-laws had already been working in underhanded, passive-aggressive ways to insert themselves between Jim and his wife in order to influence their decisions about their family. Notice the utter disregard for boundaries there. Clearly from their perspective, that whole “leaving your father and mother” bit becomes irrelevant the moment their tribal loyalties appeared to be threatened. As Captain Cassidy often says, they believe they are the world’s “Designated Adults,” come to set the world to right.

The church prides itself on being the global guardians of family values. I have a number of issues with this belief, but at present it seems clear that, for them, disrupting a family relationship is an acceptable cost for preserving unrivaled loyalty to their religion. They will of course see their actions as somehow helping to save and strengthen the marriage, because how could two people ever love and care for each other without the Christian faith, right?

Greta Christina often points out that “religion relies on social consent in order to perpetuate itself.” People can say it’s a private matter all they like, but the reality is that most religious beliefs need the reinforcement of a community. If someone leaves the community, the religion itself is weakened, and something must be done. That is why people who are ordinarily kind, loving, and perhaps even respectful of differences can start to exhibit manipulative behaviors, even to the point of disrupting family harmony.

They don’t really know what they are doing. They think they are helping, but their religion has blinded them to the ways in which they are overstepping their own territory when they nose their way into matters which ultimately are not their business. God has no boundaries, you see. All social rules fly out the window when people’s eternal destinies are at stake.

That loss of a sense of proportion is what worries me the most. Over centuries the church has developed a narrative which instills such a deep fear in its members—fear of things which are so much larger than life—that they will push their way between a husband and wife in order to preserve religious loyalties even while declaring that the family unit is sacrosanct. I’ve seen this before many times, and I’ve walked through it myself. Like I said, this touches a nerve.

Having been in Jim’s position, I suspect that more than anything else he wants to be accommodating toward the needs of his wife, his daughter, and maybe even his in-laws. He is outnumbered, so he knows he will have to be wise and pick his battles. If he is anything like me, his first inclination will be to bend over backwards to keep disruptive conflict to a minimum. But I also learned the hard way that if you neglect to speak up about those times when the scales are unfairly tipped against your own identity, the disruption down the road may be even worse than it would have been if you had only spoken up sooner.

Those Boundaries Are There for a Reason

There is a good reason why the relational demarcations we have in place are there. The modern family has evolved in such a way that the nuclear family, for better or for worse, has become a self-contained unit. As such, no one will know as well as the husband and wife what that family needs, and no one can fully appreciate the nuances of what they are working through the way the two of them can.

Outside help is certainly welcome, of course, because we all could use the wisdom of others from time to time. But ultimately it must be remembered that unless you are living in this relationship, you cannot know as well as they do what that relationship needs. Working through differences like Jim and his wife are working through is a delicate matter. Situations like this demand a number of compromises, and only the two of them will be able to figure out what those will be. 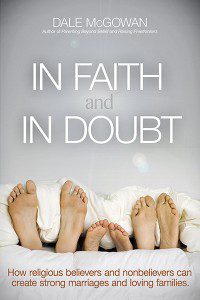 If you happen to belong to a tribe which views the word “compromise” as a dirty word, a moral failing, then maybe you need to take care not to unduly influence a circumstance which depends on healthy give-and-take. Remember that whole bit about “leaving your father and mother?” Now would be a good time to honor that arrangement.

Incidentally, if you’d like to read an excellent resource designed to address this exact kind of predicament, I would highly recommend you order a copy of Dale McGowan‘s In Faith and In Doubt and read it together with your spouse or loved one.  It will be money well spent. 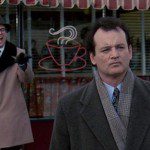 January 30, 2016
Groundhog Day: Finding Purpose Even If There’s No Tomorrow
Next Post 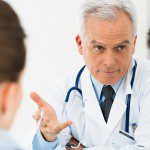 February 12, 2016 Introducing the Patient's Right to Know Act
Recent Comments
0 | Leave a Comment
Browse Our Archives
get the latest from
Godless in Dixie
Sign up for our newsletter
POPULAR AT PATHEOS Nonreligious
1