John Piper and the Art of Not Answering a Question

John Piper and the Art of Not Answering a Question February 29, 2016 Neil Carter

Anyone who has wrestled seriously with the Bible’s claim that we will all be judged after we die has at some point asked, “But what about those who will never hear of our religion?” Granted, some are so egocentric that they assume everyone everywhere has heard their religion’s spiel. But most reasonable people realize this is simply not possible. Billions of people around the world will be born, will live, and will die having never heard their “good news,” so what happens to those poor souls?

The New Testament doesn’t say that good people go to heaven and bad people go to hell. On the contrary, it seems to suggest that ultimately our eternal destinies hinge on what we believe, not on how we behave. According to the evangelical Christian message at least, which sticks to the Bible the most “religiously” of all the traditions I’ve seen, heaven will be as full of forgiven criminals as hell will be of morally upright unbelievers. It all hinges on whether or not you believe the correct set of propositional statements about salvation itself. In the end, it all comes down to “faith.”

But that presents a significant theological dilemma when we think about people raised in non-Christian cultures. How can people be held morally responsible for their position on a set of claims which they will never hear? The very idea offends the most basic reasoning of our moral minds.

The Problem with Natural Theology

In the end, the claim that people who have never heard the Christian message will somehow still be judged by it rests upon a belief that people naturally know enough to make an informed decision about the matter just by looking at the world around them.

The heavens declare the glory of God, and the sky above proclaims his handiwork. Day to day pours out speech, and night to night reveals knowledge. (Psalm 19:1-2)

For what can be known about God is plain to them, because God has shown it to them. For his invisible attributes, namely, his eternal power and divine nature, have been clearly perceived, ever since the creation of the world, in the things that have been made. So they are without excuse. (Romans 1:19-20)

But is this really the case?

What within the natural world—“the things that have been made”—tells a person all he needs to know in order to make an informed decision about which religion to accept, if any at all?

The attempt to answer that question theologically has been dubbed “natural theology” for many centuries, and I find delicious irony in the knowledge that it was originally invented by ancient Greeks, who were themselves polytheists. For further irony, one need only look at how much the most famous classical Christian apologist, Thomas Aquinas, had to borrow from his Islamic competitors to frame his “five ways” to logically prove the existence of God. He really just stole every one of those arguments from them. To this day, William Lane Craig champions above all the Kalam argument, borrowed directly from his earlier Muslim counterparts, without a trace of discernible irony.

Am I the only one who is entertained by the realization that polytheists, Muslims, and Christians all insist that Nature itself says enough about the existence (and even the attributes!) of God(s) for anyone with a properly functioning mind to figure out the essential details?

I do not concede for a second that the universe itself argues for the existence of invisible beings. But even if I did, what within the cosmos indicates which of the many gods we have to choose from is the right one? Come to think of it, why can there only be one?  Why can’t there be many gods?

I’ve asked this of my Christian friends many times and I’ve never gotten a direct answer. The bit about discerning the correct number of gods jumps out at me first because the apostle Paul was particularly targeting polytheists in the passage I quoted above. He mocked other people’s belief in gods which look like people, or birds, or other animals, as if somehow Nature itself should controvert their religious beliefs but not his own.

This matters to me as an atheist because any time I tell one of my evangelical friends that I’m not into his religion, I am told that I should know better. But how, exactly? If I’m going to be held responsible for figuring out whatever it is that the universe is supposed to be making clear to me, I would like to hear some kind of explanation of how that knowledge can be derived from the world as we find it.  How are God’s attributes “clearly perceived” by everyone?

You Should Know Better, Son 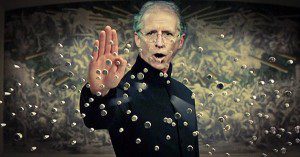 I thought I finally found an answer. I got so excited. After years of asking this question to thoughtful Christian friends and teachers, a friend sent me a link just the other day to an article on John Piper‘s website entitled, “How Are God’s Attributes ‘Clearly Perceived’ by Everyone?” Huh. How about that? That’s exactly what I’ve been looking for!

And then I read it. Actually I listened to it and then read the transcript just to see if I had missed something. What a fantastic letdown.

A listener named Chris sent in a remarkably honest question:

“Pastor John, what does Paul mean in Romans 1 when he writes that God’s invisible attributes, namely, his eternal power and divine nature, are ‘plain’ and ‘clearly perceived’ by everyone? I have heard this verse used to say that there is no such thing as an atheist, but there have been times when I’ve felt unsure whether God truly exists even though I want to believe he does. How can I reconcile my experience with Paul’s words?”

Yes!  That’s exactly the question I asked myself for years, and still ask to this day even though I think I know now why good answers never come. If anybody could take a crack at this, it would be the much revered John Piper.  So how did he answer the question?  What evidence or clues within the natural world did he suggest for discovering the attributes of gods…however many Nature is supposed to indicate that there are?

During a roughly 8-minute-long podcast segment, he spent more than 7.5 minutes reiterating that the Bible does indeed assert that people should know better, leaving the last 20 seconds of his response for actually answering Chris’s question. After tap-dancing around what struck me as a sincere and honest question from an earnest seeker, Piper finally gave the only substantive answer he was capable of giving in the last few seconds of his reply:

“So I would say to Chris, and to every atheist: Deep down, under the suppressing work of your dark heart, you know God. Ask God for the miracle of this illumination so that you can see what you are suppressing and look to Christ.”

Wow. I mean I know I used to swim in Reformed evangelical waters, but looking back at it after all these years I am floored by the sheer presumptuousness of it, surpassed only by its shameless lack of substance. Piper’s response in essence says three things:

Notice that Piper never answered the poor guy’s question. His question was simple and forthright: What elements, forces, or phenomena within the natural world actually do what the Bible says they do? How do they tell us anything specific about God(s)? Instead of giving any answers to that (I can only assume because he has none to offer), he simply sidesteps the question and tells him to go pray about it.

This strategy feels very familiar. Three-quarters of the way through The Reason for God, fellow Reformed preacher Tim Keller effectively admits that the title to his own book is misleading since he feels his theology exempts him from having to give actual reasons for God:

I have not tried to prove the existence of God to you. My goal has been to show you that you already know God is there. (p. 162)

So in other words, “Yeah, sure! There are lots of evidences for my particular version of a singular Supreme Being. I’m just not going to tell you what they are, because that would be cheating…or something. You have to just ask the God you don’t believe in to show you what those evidences are.”

If I were Chris, I’d be utterly disappointed. In a way, even I was as well this time around because I’ve always wanted to hear something worth analyzing and thinking through, just to make sure I’ve heard the best there is to hear about this. I’m always revising and reconsidering my own position on things. But alas, I’ve merely stumbled upon yet another bait-and-switch. Just another example of pastoral click-bait promising tangible evidence but delivering none, guilting the inquirer instead for the darkness of their own heart.

Second verse, same as the first. Oh well, I gave it a shot, anyway. 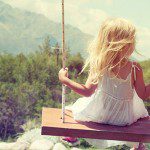 February 26, 2016
Heart Shaped Scars: Coping with the Loss of Faith and Family
Next Post 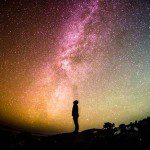