Does Everyone Worship Something, Even Atheists?

Does Everyone Worship Something, Even Atheists? March 22, 2016 Neil Carter

A reader who attends church for the benefit of her still-believing husband wrote me over the weekend, confessing how hard her eyes roll whenever the preacher says one of the following:

“Everyone worships something, even atheists.”

“An idol is anything that replaces God in your life.”

Preachers really do love to say things like this, and this reader asked me to take a minute and give my reactions to them. So here is my reply:

To Whom Are You Speaking?

Loaded language occurs when you use words that are packed full with meaning—emotionally charged with layers of connotations that anyone inside your tribe will immediately grasp—but which will mean far less to anyone outside your group. That means that you are only speaking to people who already agree with you. You are, as we say, only “preaching to the choir.”

That’s fine if all you really want to do is make “the choir” feel better about themselves. But if you intend to reach people who aren’t already inside your world, it behooves you to learn to speak in ways that communicate rather than obscure whatever it is you are trying to say.

For example, another emailer recently asked me if I agreed with him that dishonesty is a sin. It took much longer than I had hoped to make him understand that by using the word “sin” in his question, he was making communication much harder than it needed to be. I had to remind him that a word like “sin” is another example of loaded language. It has meaning to people who believe in a Supreme Being who oversees all that we do and is either pleased or displeased by any number of possible activities. But to people like me who do not believe in an invisible Overseer, the word “sin” is meaningless. I can’t even just answer the question the way he worded it, because I do not agree with the implications of a key word in the question.

His inability to recognize this beforehand frustrates people like me because it makes us do all the harder work in the process of communicating. Most of my fellow atheists don’t even have the patience for that process. Loaded language like this is kind of like a privileged person: it enjoys the better end of a double standard by which one group gets to use shorthand while everyone else has to spell out what they mean in greater detail. He could have just asked me if I agreed that dishonesty is wrong. But no, he had to use a churchy word like “sin.”

I wish Christians could hear themselves with non-Christian ears once in a while. In fact, that’s a large part of the reason why I write. I see that as one of the functions of this blog. But I digress.

A Matter of Equivocation

I asked some of my friends what they would say to the statement that “everyone worships something,” and their most consistent reply was: “Well, what does that word even mean? Can someone define it first, or even better, choose another word?”

A great question, although I suspect it would diminish the point these preachers were wanting to make if they had to choose a less loaded word—it would do less to stack the deck in favor of their own religious framework. If pressed, I know that many of them could choose alternatives like: appreciate, admire, value, prioritize, love, honor, respect, obey, or praise.

But those don’t really cover it, do they? The word “worship” is a much bigger word. It is each of those things, yes, but taken to their ultimate extremes. There is a sense of abandon built into the word “worship,” a note of sacrifice and of surrender. When someone says that I worship something, they are making a rather significant claim about me placing utmost importance on something, and I wonder what on earth they suppose that could be?

Are they suggesting that I sacrifice things of greater value in order to place supreme importance on something else, perhaps something less deserving? Like what, exactly? Work? Sleep? My family? Most of my daily life is swallowed up with caring for them. Does that mean I worship my family? And if that is what “worship” means, is that even a bad thing?

Does it mean to hold something or someone else above reproach, putting whatever it is up onto a pedestal? Are they suggesting that there is a thing, a person, or an idea which I am not willing to question, to challenge, or to demand anything from?  It seems to me that the word “worship” typically connotes any or all of those things, but I cannot think of anything that fits that bill for me personally. There isn’t anything or anyone who is above questioning, above reproach, or whom I am unwilling to challenge.

To simply value something is not the same as worshiping it.

If they mean to say that we highly value one thing or another, I would suggest it is equivocating to substitute a much more potent word like “worship.” That’s a religiously charged word, and you ought to at least acknowledge that the people about whom you are speaking would not take ownership of that word since it carries a connotation that makes a lot more sense inside your world than it does inside theirs.

In one context worship means placing utmost importance upon something, usually at great cost to the worshiper. But then for us it evidently means anything we pay attention to other than God. In case you missed it, the goalposts just got moved considerably, stretching the meaning of the word “worship” until it came to mean two completely different things.

What if we took this lowered bar and turned it back around to see if it works in the other direction? If any time spent thinking about a thing when you should be doing another thing is considered worship, then shouldn’t satisfying God’s demand to be worshiped be pretty easy? It sounds like it shouldn’t require very much of your time at all. How can you tell if an activity has reached the “worship” level? Do hobbies count, like exercise? Does playing a sport require sufficient enough time or energy to qualify as worshiping it?

When pressed, I anticipate they would respond that it’s not about the amount of time, it’s a matter of the condition of the heart. But what can a person even say to this? If you think about it for even a little bit, this accusation is super vague and subjective…which is why it’s such a popular thing for preachers to say. It is impossible to measure, which also makes it impossible to argue against. How are we going to debate the condition of my “heart?” Will we even agree on what a “heart” is?

One final word about what’s happening when they use this term “worship.”

But instead of understanding this difference, Christian preachers and evangelists project their own feelings about belief onto the rest of us, egocentrically assuming that because their beliefs require taking them beyond what can be reliably demonstrated, the rest of us must be guided by the same kinds of beliefs. We must have faith as well.

This also helps them feel that everyone is in the same boat, and that no one else’s views are on more solid ground than theirs. Ken Ham, for example, loves to assert that evolution is a religious belief because that makes it sound like we’re all on a level playing field. But we’re not. One view about human origins is predicated upon mountains of empirical data drawn from dozens of highly developed scientific disciplines while the other is predicated upon a fireside story told by ancient nomadic tribes from the Levant.

They’re not the same at all. People like him just can’t tell the difference. So they project their own condition onto the rest of us and declare that we, too, have faith. We just don’t know it.

Well, as my friend Brian Salas said, “At least when I Idolize my TV, I can prove it exists.”

In closing, I think I’ll leave you with what another friend, Shane Thrapp, wrote in response to this question:

I don’t worship anything.
I value life.
I appreciate science and its potential, and fear its misuse.
I am in awe of the universe, that small bit I get to be a part of and experience.
I marvel at nature and how adaptable and codependent the ecosystem that our world is.
I love how beautiful mankind can be when they fulfill their potential.
And I am saddened by mankind when they allow themselves to regress and show hatred.

I don’t worship anything, but I love our world and I have hope that we can do and be better. 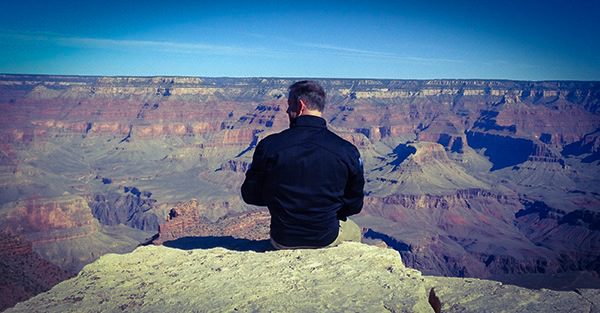 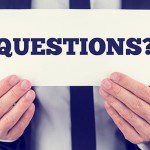 March 18, 2016
FAQ: Errors in the Bible, Freewill and the Problem of Evil
Next Post 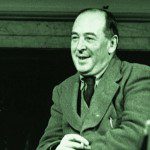