I know a lot of you don’t have time to read a 2,000 word essay about a movie you’ll never see anyway, so here is a much briefer summary of the latest evangelical Christian blockbuster: 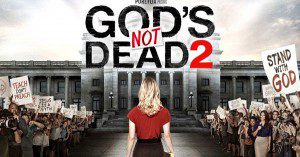 A high school history teacher who identifies with the same religion as 86% of the rest of her state appropriately answers a history question about Jesus and gets prosecuted as a criminal before a jury in a court case that quickly changes direction and becomes a critical exploration of the legitimacy of the Bible featuring a cross examination of Christian apologists with no formal training in the study of antiquity.

Even though no laws whatsoever were violated, an organization designed to help protect religious freedoms immediately files a suit against the individual teacher instead of the school system itself. And even though the suit is civil and not criminal, a jury is selected to help decide whether or not she is guilty of breaking a law that doesn’t exist. The case quickly becomes a discussion of whether or not Jesus existed and whether or not the New Testament is a reliable collection of documents.

Every atheist, without exception, is an angry, lazy, thoughtless, careless, self-absorbed, self-interested a**hole, and has nothing better to do than picket court cases while yelling angry taunts and jeers at Christians, who are invariably smiling, peaceful, hand-holding, hymn-singing heroes who consistently show grace, compassion, and love throughout their mistreatment by the rest of the world.

[Note: None of this is sarcasm. It is a straightforward description of what you see in the film.]

Every prayer that is offered is successful, including a prayer to heal cancer, everyone who reads the Bible finds it a convincing story and converts to Christianity, and in the final scene a pastor who has done nothing wrong is handcuffed and arrested for refusing to cooperate with an unconstitutional injunction that would never be allowed to happen. 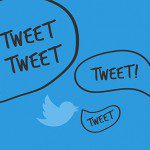 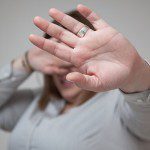 April 3, 2016 So Long, Self: How Christianity Teaches You to Hate Yourself
Recent Comments
0 | Leave a Comment
Browse Our Archives
Follow Us!