But That Was Just the Old Testament, Right? 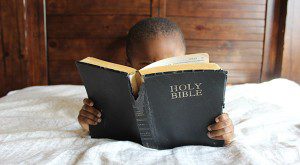 I remember how much it bothered me back when I was a Christian and nonbelievers would cite the brutality of the Old Testament people, throwing their barbarism in our faces, as if doing so invalidated our own, more refined theological system. Didn’t they ever hear of progressive revelation? Don’t they realize God was saving the good stuff for later, when we could handle it?

This practice of romanticizing the problems of the Old Testament placated me when I was younger and more impressionable. But further reflection made me realize two major problems with this explanation:

In the Old Testament, when it says for example that the people of Israel were told to run swords through all the women and children (and yes, even the unborn) of Canaan, it says that God told them to do it. Which means that either it is somehow okay to commit genocide under the right circumstances (tell me again how my atheist morality is the one that’s relativistic?), or else it was wrong and the Bible got it wrong when it said that God told them to do it.

The New Testament doesn’t so consistently share our disapproval of the Old, either. Keeping to the same example, I don’t recall anyone in the New Testament explicitly condemning the Canaanite conquest, nor does anyone stop to clarify that the notion of substitutionary atonement—the shedding of blood to appease an angry deity—was a mistaken notion from the beginning. They never said killing someone wasn’t the way to remove sins. Quite the opposite, they said it was…only that lambs weren’t good enough, not the right kind of blood.

And remember that time the Bible said God told Abraham to kill his son? Did you know the New Testament never says Abraham was mistaken in this perception? On the contrary, James celebrated Abraham’s willingness to kill his son, holding that moment up as his best example of what faith looks like in action (see for yourself in James 2:21).

The Bible doesn’t praise Abraham because he didn’t kill his own child. It praises him because he was going to.

The bottom line is that if you are personally invested enough in accepting that somehow these inconsistencies must not really be inconsistencies, you will let them go, even without real resolution. And it won’t matter how lucidly anyone lays out more problems like these, you will believe that somehow it all works out. Maybe you’ll be given fuller understanding after you die.

A Much Simpler Explanation

For people like me, there is a resolution, and it’s marvelously simpler than any of the rationalizations for these inconsistencies: The Bible is a flawed book. It was written by people, and people can be wrong. That shouldn’t be a difficult thing to accept among a people so deeply indoctrinated to believe that people are imperfect.

I’m not one to push for the elimination of religion from the planet. I certainly wouldn’t mind seeing rational and empirical explanations replacing supernatural ones, and I would personally love to see people quit placing their trust in things that only exist inside their own heads.

But I also believe that religion isn’t going anywhere anytime soon, and rather than fighting for something that will never happen within my own lifetime, I would prefer to focus my energy on helping people see which specific beliefs they cling to which simply do not make sense no matter which way you turn them. Rational people should know better than this, even within a framework of faith.

Read: “The Absurdity of Inerrancy“

April 7, 2016
Support Godless in Dixie Through Patreon
Next Post 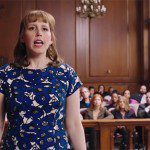 Crokin: Tom Hanks to Be Arrested...
Dispatches From the Culture Wars
Related posts from Godless in Dixie