Why Does Apostasy Hurt Some More Than Others?

Why Does Apostasy Hurt Some More Than Others? May 13, 2016 Neil Carter 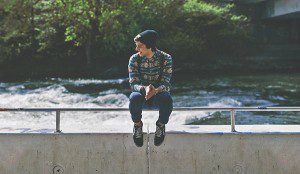 I’ve had this idea rolling around in my head for some time, and I’d like to take a straw poll with my readers to see if I’m onto something or if I’m just imagining things. I’ve noticed that many of my post-theistic friends have horror stories to tell about how their families and communities responded to their apostasy, while others have nothing but positive things to say about how it went. One family responds to their child “coming out” as atheist by shunning them or trying to micromanage their entire life, while another just agrees to disagree, expressing only affection and support.

What accounts for this difference?

I’ve assumed from day one that the kind of religion one leaves has a lot to do with the level of grief they endure when they leave it behind. It seems obvious to me that the more exclusionary and fundamentalist a person’s former community is, the harsher will be the punishment for leaving. Meanwhile, liberal and mainline Christians shrug this development off, reminding themselves and their children that what matters most is how you treat one another, not what you believe about metaphysical questions and life in the hereafter.

This pattern certainly shows up in “mixed faith” marriages, as Dale McGowan explains in his book In Faith and In Doubt. He found that when each member of a couple resides in a different place on the belief spectrum, the level of stress that difference puts on the relationship largely depends on what kind of religious tradition the religious member of the pair inhabits. Generally speaking, if the believer in the relationship is relatively moderate or liberal, the difference hardly produces a notable hiccup. But if for example the religious counterpart within the marriage happens to belong to a church with the word Bible in the name of it, the potential for discord increases exponentially.

But what about the relationship between financial dependence and strife between family members on opposite ends of the belief spectrum?

Thinking back through the stories I’ve heard, I’m beginning to suspect that a majority of the happy endings I’ve heard happened within families in which the ones who left their faith were relatively financially independent, and who don’t depend on their religious families for much of anything at all. There is no power dynamic which would entice the religious family members to try to exert control over the apostate loved ones, so no such manipulation ever occurs.

Am I making this up? Or am I onto something here? Does your experience corroborate this notion?

The Kids Are Not Okay

A few months ago I was sent a copy of a study done by a couple of grad students in Sociology at Princeton University (link here). In that study of nearly 10,000 adolescents, they found that subjects who explicitly identified as atheist or agnostic (as opposed to simply “non-affiliated”) were nearly twice as likely to report some measure of diagnosable mental illness as any other group:

…we find that those with “no religious preference” exhibit rates of mental disorder not statistically different from their religious counterparts. When it comes to mental health, in short, adolescents with no religious preference are no different than those who identify as religious. By aggregating the “atheist/agnostic” and “no religion” categories into a single nonbeliever group, we find that the odds of an adolescent nonbeliever having experienced mental disorder are almost twice that of an otherwise equivalent adolescent with religious beliefs.

At first glance, that’s a disturbing finding, and I can almost hear the devout rising out of their armchairs to declare this irrefutable evidence that atheism is bad for you. But the study keeps asking questions, and soon it drills down into the numbers to see what statistical impact it would have if the subjects were grouped according to the parenting they have received:

That’s a fascinating discovery. Their analysis of nearly 10,000 adolescents with diagnosed mental disorders found that being raised by nonreligious parents had no statistically significant impact on the mental health of those adolescents, whereas being raised by uniformly religious parents significantly impacted the mental health of those teens who identified as atheist or agnostic. They were twice as likely to become diagnosed with a mental disorder before they completed their adolescent years.

None of this necessarily confirms or disconfirms my hunch, of course. There are so many factors that go into these dynamics, and a study as professionally done as this will always stop short of suggesting causality. As any good scientist knows, correlation doesn’t necessarily show causation. But still, when the correlation is this strong, it ought to capture our attention and inspire further research to tease out the factors contributing to this phenomenon.

What about your situation? Did you “come out” to your family as an atheist? How did they respond? Were they gracious and understanding or did they resort to controlling tactics to pressure you into disavowing your nonbelief? And were you financially or otherwise dependent on them in any way? What relationship, if any, do you feel that power dynamic played in the way that things unfolded between you and them?

Did any of you experience emotional manipulation and withholding of care or resources for only as long as you needed their help? And did they soften toward you, learning to respect your boundaries, after you reached a point of financial independence from them? 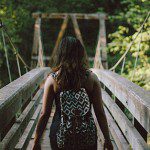 May 10, 2016
Letters to My Daughters #9: Taking Ownership of Yourselves
Next Post 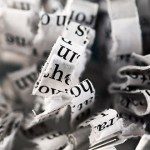 May 15, 2016 We're Committed to Transparency, But This Conversation Never Happened
Recent Comments
0 | Leave a Comment
Browse Our Archives
get the latest from
Godless in Dixie
Sign up for our newsletter
POPULAR AT PATHEOS Nonreligious
1

Were the Sacrifices Worth it?
No Longer Quivering
Related posts from Godless in Dixie