When Being a Good Christian Means Being a Bad American 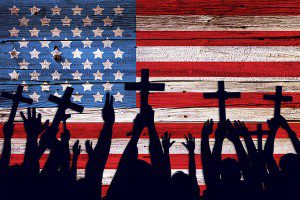 I have to admit, I’m enjoying just a little bit of schadenfreude watching evangelical Christians slowly begin to realize that “religious liberty” means Muslims have rights, too.

As this article on NPR points out, “Religious liberty is a rallying cry for many evangelical voters,” and never has that been more clear than throughout our current presidential election cycle. I lost count of how many men entered this presidential primary season announcing that God had specifically informed them that they were his pick to be the 45th president. Each of them steadily beat this drum, hoping to marshall as much of the white evangelical Christian vote as possible, tapping into their fears that the godless liberal elites who somehow run the country are going to come for their guns and their religion. Fear sells, and it can even galvanize an otherwise disjointed voting bloc.

Ironically it turns out that the one candidate who never claimed divine sanction beat the rest of them handily to become the presumptive nominee for God’s Own Party. Maybe God isn’t that interested in this particular presidential race, or maybe he’s just trolling us all. Maybe he does exist but he’s just a mischievous practical joker.

If there is a God, and if Donald Trump is his pick to be the next leader of the free world, then we all need to seriously rethink whether or not God is a benevolent being. Perhaps he is real and he hates us. The way I see it, that option should remain on the table.

“Religious freedom. The right of people of faith to freely practice their faith. So important…” —Donald Trump

What an impassioned defense. I’m convinced. How about you? I’ll save my thoughts about that whole speech for later this week.

The thing about religious liberty, though, is that it’s a two-edged sword. It’s not really freedom if your people and your people alone are free to worship as you please. Freedom of religion means that everyone else has to be free to worship as they please as well. It’s not fair if your church is free to build a new building in the middle of your city but Muslims aren’t allowed to build a mosque there, too. Or worse still, you believe Muslims shouldn’t even be allowed into the country.

Americans have always struggled to understand this. Back when the country was first coming into existence, the dispute wasn’t between Muslims and Christians, it was between Christians and other Christians.

Many of the earliest settlers were Puritans and Congregationalists who were looking to get away from the Anglican Church. But Anglicans came over from Europe as well in search of opportunity, settling Virginia and making the Church of England the official religion of the colony. Catholics came over too, helping to establish Maryland, and then later came over in much greater numbers during the Irish potato famine of the late 1840’s, stirring up anti-immigration sentiments quite similar to the ones we are seeing today. At one point there were even riots in Philadelphia over which version of the Bible to read from during morning devotionals in the local public schools.

[Read more about that here: “Religious Liberty is a Two-Edged Sword“]

During the days of colonial America, it was the Baptists and the Quakers who championed the notion that the church and the state should be kept as separate as possible in order to produce true religious liberty. They were the outcasts and the marginalized of all the other colonies, so they were the ones leading the way toward religious neutrality and a pluralistic public square.

But that was then, and this is now. As the decades rolled on, Baptists eventually took over large portions of the country, and once they were in the majority, “religious freedom” came to mean that everyone has to follow evangelical rules for living. That is the situation I found myself in today living in the Deep South. Today “religious liberty” has become a shorthand for privileging evangelical Christian beliefs at the expense of all others. It means pluralism for everyone else except for us, because we’re the ones who are right.

Just this past week, my state government got a fresh spanking from the federal court system for passing what FFRF‘s Andrew Seidel called the most “excruciatingly specific” anti-LGBT legislation in the country (HB 1523). This bill effectively legalizes discrimination against people for their sexual orientation, for their gender identity, and potentially even for having extramarital sex. I kid you not—go read it for yourself and consider that our state legislature passed this and our governor signed it with much aplomb. This is the environment in which I live.

Thankfully, the Baptists have at least one intellectual leader who knows his history enough to realize this isn’t the way religious freedom works, and it’s most definitely not the way Baptists used to think about these things back when they were the persecuted minority. Russell Moore, president of the SBC’s Ethics & Religious Liberty Commission, offered this reminder at the convention’s annual meeting in St. Louis a few days ago:

Sometimes we have really hard decisions to make — this isn’t one of those things…What it means to be a Baptist is to support soul freedom for everybody.

Moore’s sentiments, while consistent with Baptist history, are not shared by all the ministers within his denomination. One pastor of a church in Arkansas (I’m leaving his name out here because he told me he’s been overwhelmed by the bad press) took the opportunity to voice his own feelings during the open mic portion of Moore’s talk.

“I would like to know how in the world someone within the Southern Baptist Convention can support the defending of rights for Muslims to construct mosques in the United States when these people threaten our very way of existence as Christians and Americans? They are murdering Christians, beheading Christians, imprisoning Christians all over the world.”

Of course this preacher makes the same mistake that so many other Americans make in conflating radical Islamists with all other iterations of the religion, which some have compared to lumping Episcopalians with the Westboro Baptist Church (except this is worse, since WBC mostly just holds up offensive signs at funerals).

After he got back to his home pulpit, this particular preacher disclosed the basis for his objections a bit more fully. While he admits that the U.S. Constitution itself protects the rights of Muslims to worship as they please, he reminded his congregation that Christians and their leadership answer to a higher authority than the U.S. Government:

So what I am actually doing if I support and defend the rights of people to construct places of false worship, I am helping them go to hell. And I do not want to help people go to hell…

And that right there is the sticking point. If you believe people are going to Hell, how can anything else in the world matter?

I submit that in cases like the preacher from Arkansas, being a good Christian means being a bad American.

And yes, I know as well as you do that there isn’t just one kind of Christian. Not all Christians believe in Hell and not all Christians who believe in Hell even like to think about it very much, much less admit it in public. My regular readers are probably sick of me making this qualification, but if they read the comments they also should know that the moment I fail to make that caveat, I’ll be inundated with #NotAllChristians. In fact, it probably won’t even matter that I’m making the clarification now—I’ll still get corrected somewhere because half of the people who read blogs don’t even read past the title before they decide to leave a comment.

But the American experiment is predicated on the notion of religious pluralism, and that poses a problem to the Abrahamic faiths. The very Ten Commandments which so many Christians around the country want displayed in courtrooms and classrooms begins with the words, “You shall have no other gods before me” while the very first line of the Bill of Rights says, “Congress shall make no law respecting the establishment of religion.”

In other words, the First Amendment and the First Commandment are essentially at odds with one another. To be an evangelical Christian and a patriotic American is to be torn between two fundamentally disjointed ideals at war with each other for your ultimate loyalties.

The American idea is an elusive one. It doesn’t mean you and you alone are free to believe and worship as you please. It means that everyone must be free to believe and worship as they please as well. But Christianity teaches that everyone must worship the One True God (as does Islam) or else the consequences will be eternally disastrous (as does Islam). Do you see the dilemma?

I cannot think of a worse direction for America to go than to elect a real-estate-tycoon-turned-reality-TV-actor with no moral compass and zero experience in public service to be our next president. And yet evangelicals are lining up to support his man for no other reason than the fact that he will pay lipservice to “religious liberty,” by which he clearly means that Christians will be protected but Muslims will not. That is what evangelicals mean when they use that phrase. It means freedom for them, and everyone else can just get over themselves.

Pressed on Trump’s call to temporarily ban Muslim immigration — a proposal that has appeared to shift over time, but which Trump has yet to explain in detail — Blackwell said that issue will be part of an ongoing “conversation” between Trump and evangelical leaders. He said many conservative Christians see the real estate developer as more favorable to their concerns about religious freedom and other issues than his Democratic rival, Hillary Clinton.

Did you catch that? The bit about banning Muslims is grounds for “a conversation,” but religious liberty (read: for Christians) is a non-negotiable issue, one which would incline them to vote for a “thrice married owner of casinos with strip clubs” over anyone else. Evidently the church is not entirely unable to compromise, so long as it doesn’t touch the things that truly matter to them. We will see come November what matters most to evangelical Christians in America, won’t we?

I have no doubt they will turn out in full force to faithfully vote for whomever their pastors tell them to vote. Thankfully, they will most likely be outnumbered. 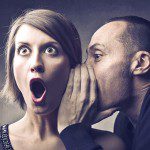 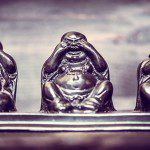