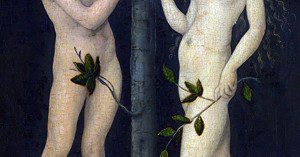 A few nights ago after I had imbibed entirely too much caffeine too late in the day, I found myself up in the wee hours of the morning reading Facebook threads. One particular thread I stumbled upon was discussing People Who Behave Badly Online, also known as cyber bullies. At one point in the thread, a commenter relayed that the person being discussed was taking credit for “taking down” Removing the Fig Leaf, a blog I manage on Patheos alongside this one. Heh.

Removing the Fig Leaf is a blog about deconstructing bad messages, hangups, emotional damage and shame caused by religion, particularly where sexuality is concerned (you can read the explanation for the name here). It is a desperately needed voice in the world, and as such you can be assured it’s not going anywhere anytime soon.

If the studies and public polling tell us anything, it’s that as time goes on, more and more Americans are losing their religion and looking for help unpacking the baggage they picked up along the way. I can think of few other topics so infected with mixed messages, crossed boundaries, and psychological devastation as this one. The sheer number of topics yet to be explored by our writers (and readers) is astounding. Quite honestly, it’s one of the most exciting and fulfilling projects in which I’ve ever gotten to participate.

We went too long without posting any articles, and that was pretty much my fault. I’m the managing editor and I spent the summer job hunting, then found a new teaching job which I’ve been enjoying (mostly) for the last month or so. But it was long past time to post the next article in the queue. So I did just that the next morning.

That post accumulated nearly a quarter million pageviews…in less than a week. The topic? Marital rape (and yes, that is a thing that happens…quite a lot, in fact). I almost opted to change the title of the article because it sounds so much like clickbait. But after you read the article, you discover it’s about exactly what the title says.

Amber Barnhill, a friend and atheist activist in Texas, wrote the piece, baring her soul to the rest of the world in such a fantastically articulate and vulnerable way that it struck a chord with a large number of people. Ordinarily I would have a difficult time making it through an extensive post about that subject, but I found her coverage of the topic amazingly accessible. She’s a great writer, and is no stranger to Patheos.

I Let My Husband Rape Me, and Here’s Why…

If you’ve not already followed Removing the Fig Leaf, I hope you’ll check it out sometime soon. With luck (and perhaps some improved time management skills from yours truly), you’ll see more of the articles that have been waiting to see the light of day. As our readership grows, we expect to see the topics covered to deepen, broaden and become even more rich as time goes on.

I’m ridiculously proud to be associated with all of the people who have been contributing to this project since its inception earlier this year.

If you haven’t checked it out yet, you can “Like” the page below or just follow the link to get to the blog’s Facebook page. Our fearless social media manager, Cassis Pitman, keeps that space chock-full of informative, educational, and sometimes just plain fun articles. We’re always accepting contributors, too, so if you’ve got a story to tell or a perspective to share, drop us a line at removingthefigleaf@gmail.com or follow us on Twitter @nofigleaves. 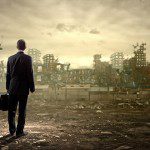 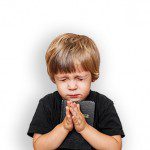 Tim Keller Pushes the Myth of...
Roll to Disbelieve
Related posts from Godless in Dixie