How Important Is the Pursuit of Happiness?

How Important Is the Pursuit of Happiness? September 1, 2016 Neil Carter

A friend who is similarly “post-Christian” wrote me this week to ask me what place happiness plays in my life now that I’m past my “spiritual” days. I haven’t actually addressed that before in this space, so I figured I should share that response here so that others could respond and add to it.

I was just curious to know how much happiness has dictated your actions since leaving Christianity?

“God wants you to be HOLY, not happy,” “Happiness comes through Holiness,” etc, etc. You know the drill. It dawned on me several weeks ago that I’ve never tried to be happy. I’ve strived, as much as was humanly possible, to be holy. A lot of the time I felt personal satisfaction in this, and I believed I was “right with God” as they say. Not by works, but by faith. It was largely my own personal experience that led me to leave the faith once I realized that my full-fledged, head-on pursuit of God was what was causing a lot of my pain and struggles to begin with. Now I feel like holiness has caused a whole lot of unhappiness…

I’m in a place where, while I DO want to be happy, I’m not interested in simply going after what feels good like a child would. But I know happiness has to have some sort of place in all of this, right? I’m talking self-actualization, or personal achievement… not just feel-good stuff.

Great question! I’ll give it my best shot. 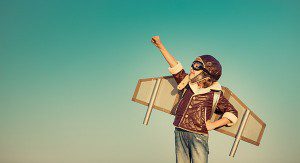 I can’t say pursuing “happiness” per se is a significant focus for me. But I also don’t think we should disregard it, like a thing that shouldn’t even be valued. Everything in moderation, you know? It’s all about finding balances of multiple things. Sometimes I think the Buddhists were really onto something, and I think a number of atheists have come to the same conclusion.

My initial thought is that there’s some truth to what C.S. Lewis said when he articulated the “principle of first things.” Ever heard of that? He said that happiness is a “second thing” rather than a first thing. It’s a byproduct of other things (I would argue it’s a product of things like finding fulfilling work, being in healthy relationships, and having a dependable structure to your daily rhythm, etc). As we pursue those things, happiness results as a byproduct. We just have to identify what those “first things” are for us.

For Lewis, this entailed things like worship and “kingdom work” or whatever. I would simply change what goes into that first spot. But the concept is still solid. If you make second things into first things, you lose both, because the second things are always a byproduct.

I would argue the same can be said for healthy communities. If you make the communities themselves the focus of your energies, the communities can become ingrown, insular, and stagnant. But if groups have a focus on common tasks, goals, etc, healthy (i.e. “happy”) community results as a byproduct. It’s like the social iteration of the same dynamic that works for individuals.

So in reality we ARE factoring in our own happiness, we’re just asking ourselves what actually produces that, choosing to pursue those things rather than the happiness itself. The pursuit of happiness becomes a self-defeating thing if it becomes the focus in and of itself.

But it also can’t be ruled out. My Christian upbringing made me denigrate personal happiness to the point that it’s completely out of the equation, and I think that’s unhealthy as well. That produces empty people who are drained of life and always needy toward each other, albeit in passive-aggressive ways. I was taught the opposite, that always giving, always spending yourself, always emptying yourself would lead to “fulness” because of the Holy Spirit (i.e. magic). But in reality that’s not how it works.

The people who work the hardest to be selfless end up being very unhealthy people. They just don’t realize it because their tradition has programmed them to interpret the resulting traits as signs of God’s favor. For example, Mother Teresa turns out to have been a miserable person who romanticized loss and suffering and pain so thoroughly that it’s been reported she withheld pain killers from her patients in her hospital. She said it would unite people to Jesus more effectively to suffer.

That’s pretty messed up. And yet she was praised for it, because the church was given an unhealthy standard.

What do the rest of you think? Have you given some thought to this question as well? Weigh in below! 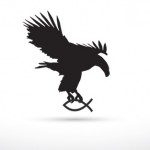 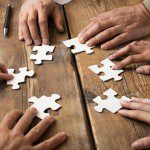 September 7, 2016 The Diplomats and Firebrands Can Be Friends
Recent Comments
0 | Leave a Comment
Browse Our Archives
get the latest updates from
Godless in Dixie
and the Patheos
Nonreligious
Channel
POPULAR AT PATHEOS Nonreligious
1

Intentional Ministries: When Congregations Are Pastors'...
Roll to Disbelieve
Related posts from Godless in Dixie