A Godless Walk Through the Bible

What’s a guy to do if he has a graduate degree in biblical studies but no longer believes the religion(s) it espouses? He starts a Bible study for atheists, that’s what he does.

And why the hell would atheists want to read or study the Bible? Gosh, I can think of a number of reasons.

Sunday mornings seem as good a time as any to embark on this particular quest, especially since atheists have nothing else they’re required to do during that time slot (I mean besides drinking the blood of a goat or whatever). So I’m going to publish a week-by-week walk through the Bible every Sunday morning at 11am.

It’ll be like going to atheist church, except without the church. And you can still sleep in and just read it whenever you feel like it. After a couple of years of writing every single Sunday morning, I can imagine this could make an interesting book, a skeptical layman’s commentary to the Bible.

You might even be still attending church, and you’d like to have something to read while the preacher rambles on about the world’s impending doom. This way you can just pull out your phone and get a “second opinion.” Something to pass the time while you wait to be dismissed.

What You Can Expect

You’ve likely already come across the Skeptic’s Annotated Bible (if not, you should check out that link), and I will be putting that to good use as I read my way through the book. I’ll also be stealing liberally from bonafide skeptical scholars like Bart Ehrman, Hector Avalos, Richard Carrier, and Robert Price, but I also won’t hesitate to lift occasional insights from sympathetic scholars like N.T. Wright, James Dunn, Raymond Brown, Craig Keener, D.A. Carson, and Gordon Fee, not to mention the many “in-betweeners” who are harder to categorize like John Dominic Crossan, Marcus Borg, and Robert Funk. Pretty much anybody with an expertise in the subject matter is a potential resource, no matter what their theological leanings. 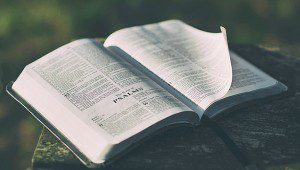 Some Sundays you can expect an in-depth look at whichever passage I’m considering. Others you’ll get little more than a passing thought. Frankly it depends on how busy I’ve been during the week (I’m teaching full-time again this year because mouths to feed), and how much I’ve got to say about whichever portion we’re considering. I’ll be counting on my readers to augment the discussion so that the gaps I leave will be thoroughly filled with additional thoughts, insights, and references for others to check out for themselves.

Oh, and I’ll be bouncing back and forth between the Old Testament and the New, just like a typical preacher might. Some of them prefer to walk through the Bible serially, taking each book in order, chapter-by-chapter, but frankly that would bore me to tears. Some portions of the Bible are pretty useless to me at this point (do I really need the genealogies and chronicles of all the battles fought by an army that likely never even existed?), so those will be overlooked.

I will be focusing on those portions of the Old and New Testaments which jump out to me personally as germane to my own purposes, highlighting ideas which impact the way I was taught to see the world before I deconverted, contrasting that with the way I see things today.

So if you’re interested, tune in to this blog every Sunday morning around 11:00am (Central time) or after in order to see what I’m looking at each week (sometimes I may solicit the help of contributors who need to let out their own inner Bible nerd). Maybe it will spark an interesting discussion with a friend or loved one who then decides they need to do a little homework of their own. You never know what may come of it. 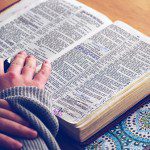 September 8, 2016
When Your Christian Friends Give You Reconversion Homework
Next Post 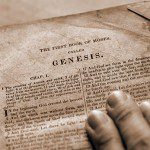