This weekend, the Political Action Committee (PAC) Citizens United (yes, that same Citizens United) releases in theaters a new film entitled Torchbearer, a movie aimed at stirring their conservative base into a frightened frenzy, mobilizing them to get out the vote, hoping to use the November election to put conservatives back into the White House before America finally collapses under the oppressive weight of its own utter godlessness.

Torchbearer stars Duck Dynasty patriarch Phil Robertson and was produced, written, and directed by Stephen K. Bannon, chairman of Breitbart News and CEO of Donald Trump‘s presidential campaign (need I say anything else?). Also co-produced by David Bossie, who is both president of Citizens United and the deputy campaign manager for the Trump campaign, Torchbearer begins with Robertson peacefully boating, fishing, and hunting in the backwoods of Louisiana, then picks him up and takes him on a globetrotting trip to Athens, Rome, Paris, Auschwitz, Normandy, and finally to Martin Luther King’s jail cell in Birmingham, Alabama.

Incidentally, this would probably be a bad time and place for him to remind us that blacks really were happier before the Civil Rights movement began. I’m guessing that’s not gonna come up.

Torchbearer argues that a nation will fail if it does not believe in God, then proceeds to chronicle the collapse of empire after empire, most of whom at the heights of their power claimed the support of one God or another in their quest to take over the rest of the world.

“In the absence of God, the man with the biggest stick determines your worth.”

Interestingly, you hear these words as the video montage displays images, first of Nazi Germany, then of violent groups of Islamist fundamentalists. I shouldn’t have to explain that Islamists are clearly not atheists, but I find myself repeatedly having to explain that neither was Adolf Hitler, nor was his Nazi Germany. One would be hard pressed to demonstrate that Hitler was a Christian, but the majority of his citizentry certainly belonged to the national church, and Hitler himself harbored his own unique brand of designer deism which helped him justify his own ethnic cleansing activities around Europe.

The synopsis of the film, according to its promotional website, is as follows:

“The Duck Commander” Phil Robertson, makes a compelling argument on the absurdity of life without God. Featuring real-life footage from events throughout history and leading up to the modern day crisis of radical Islamic terrorism, Phil personally guides us through a journey that includes Athens, Greece; Rome, Italy; Paris, France; and even the notorious Nazi death camp of World War II, Auschwitz. With a biblical perspective, Phil covers events ranging from the creation of the atomic bomb, the impact of the Holocaust and the Civil Rights Movement. He uses these events to illustrate that God is the only meaningful anchor to a civilized society and calls on all of us to consider our faith.

The trailer music keeps getting darker and darker as they bombard us with violent images of urban warfare and execution-style shootings by militant Islamists, but then finally turns upbeat when the montage shifts to show American soldiers arriving on the scene to save the world (lifted from an earlier time, when our enemies were more obviously the ones starting all the fights). Again, it escapes the writers’ notice that these violent images are being brought to us by a passion inflamed by religious zeal. Evidently when they accuse these people of being “godless,” what they really mean is that they’ve simply picked the wrong one.

Robertson’s obviously scripted narration is peppered with apocalyptic references, warning us that God has had a bone to pick with us ever since we swallowed what that uppity Darwin fella shoved down our throats back around the time Robertson was born. He recalls the public spectacle that was the Scopes trial, and rules it:

…a watershed event that would slowly unravel the bond that wove the Creator into the very fabric of American life. God would be cast out of the public square, out of education, out of national discourse, out of the popular culture altogether.

Robertson has made it clear over the last few years which cultural developments he believes will finally provoke our coming divine judgment:

Murder is mainstream, we slaughter our own children. We priss around and parade our perversion; it’s being done in front of our very eyes.

Heavens to Betsy, y’all. It’s those fruity gay folks and the cold-hearted baby killers that have got us all in trouble as a nation. Once again, gratuitous fear mongering is justified by a reference to abortion and gay marriage, the only remaining reasons evangelical Christians have left for supporting a trigger-happy political party that favors the rich and marginalizes the poor, a party which eliminated a dozen more qualified presidential candidates in favor of a thrice-married owner of casinos with strip clubs.

You can view the trailer for this hour-long frightfest here:

You can also read a breakdown of the content of the movie here in this post on Alternet (because please don’t go out and pay to see this movie). Peter Montgomery of Right Wing Watch watched it so that you don’t have to, and he has this to say about what he witnessed:

…this movie’s use of the stories and images of the people murdered at Auschwitz feels shamefully exploitative, especially in light of the fact that the film contains not a word about the long history of Christian anti-Semitism. Acknowledging centuries of deadly violence against Jews by Christians and in the name of Christianity would…undermine or at least complicate the movie’s central claim, and so it is simply ignored.

The same could be said of the film’s use of the civil rights era in the United States. The movie shows footage of the brutality meted out against those who were peacefully protesting segregation, but portrays this as another example of what happens when societies have rejected God and the weak and powerless are vulnerable to the man “with the biggest stick.”

But the big-stick brutality of Jim Crow and the official violence that enforced it were not being waged by a people who had rejected God. They were carried out by people who declared themselves to be acting in His name. Robertson himself has said that black people were more “godly” and “happy” under Jim Crow.

It sounds to me like Robertson inherited the same blind spot toward evangelical history that Tim Keller did (more on that here). Modern evangelicals have a bad habit of claiming only the socially progressive Christians of yesteryear for their own team, discarding their historical corollaries who were conservatives like them but who stood on the losing side of history. Robertson and Keller are standing on the losing side of the very social progress they are fighting against today, and future evangelicals will likely pretend they never existed just as consistently as those men are doing with their own forbears.

In the end I doubt this hour-long scare tactic will accomplish much more than enraging an already angry group of people still lamenting the loss of their place of unrivaled privilege in the public square. Thankfully, the candidate these movie makers hope we’ll elect to lead the country keeps opening his own mouth, proving to be his own worst enemy. One day historians will look back on this level of extremist propaganda and, ironically, will find more than just a few parallels with the propaganda tactics of Nazi Germany back in the 1930’s.

Or at least, one can hope they will see it. 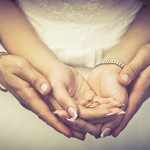 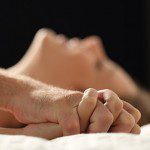 John Ortberg: The Scandal That Just...
Roll to Disbelieve
Related posts from Godless in Dixie

Support federal legislation to end religious control over...
Much of the denial of rights for Native American populations has been...
view all Nonreligious blogs
What Are Your Thoughts?leave a comment
Copyright 2008-2020, Patheos. All rights reserved.