To the Man Handing Out Bibles at School This Week

To the Man Handing Out Bibles at School This Week November 13, 2016 Neil Carter 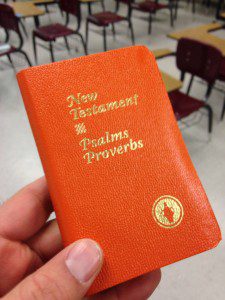 To the nice old man who handed out Bibles this week at the school where I teach:

I want to thank you for giving out these little orange books you brought with you to our school campus this week. It’s not that often I am handed a free book, and at a government-owned facility no less, despite the fact that the contents of this book included so many countercultural messages. You are a brave man indeed.

I spent some time looking through the literature and I must admit I was a little bit confused at first. The book begins with a story about a man, whom I’ll just call Joshua since that’s what they would call him where I live, whose message was so incendiary that he was ultimately executed by law enforcement officials.

I read all the way to the end of the story only to find that it started all over again and told the exact same story, sometimes using almost the exact same words, except with a number of perplexing modifications. Then at the end it started over again.

Same story for a third time. It felt like watching Groundhog Day, except without the tentative romantic subplot. By the time it started over again for the fourth time, I was expecting the exact same words again…except this time it was all different. The names were all the same, but the dialogue and the order of events were dramatically different. Clearly the last reboot was an effort to revamp the franchise after a considerable turnover of its intended audience.

I would go on about the strange order of events that followed, except they were mostly about a guy by the name of Paul who seemed like one kind of guy in the narrative that followed, but a completely different kind of guy once you got around to reading the letters he wrote. It was a little confusing at first because those letters were all out of order. Evidently they were arranged according to length—from longest to shortest—rather than according to the order in which they were written. But whatever.

Then after making my way through the letters I discovered that the bulk of this book mostly hashes out the perspectives of a single individual who didn’t even know the original character at the beginning of the book, and who seemed to dramatically reinterpret him according to his own peculiar proclivities. I wound up wondering if the first guy would have even recognized any of his own ideas after undergoing such significant revisions at the hands of the second.

But given the importance that the second guy seemed to place on the first, I went back and looked again at what the first guy had to say.

Clearly the original guy, Joshua, was something of an iconoclast. He was a demonstrative sort, whose first public appearance involved disrupting a marketplace (in a religious facility, no less!) in such a violent manner that I worried he was going to hurt someone. He was off the chain, running around and screaming at people, making a whip out of whatever he could find in order to scare all the people away. I’m amazed the local law enforcement didn’t intervene sooner.

He spoke in hyperbolic terms about a coming destruction of the institutions around which his own culture was formed, to the point that one wondered if he didn’t openly welcome such a thing. He seemed highly disrespectful toward the cherished values of the people around him, sometimes even calling his leaders “broods of vipers” and “whitewashed tombstones.” I suppose it’s no wonder they eventually turned on him. He really was a bit of an instigator.

I read somewhere in there that a sizable contingent of violent revolutionaries—avowed insurrectionists—found in his message a theme which reverberated in their own hearts. When he was finally arrested and sentenced to death for treason, a number of the people around him were armed as if preparing for a battle. Sad!

But really, he asked for it. At one point he told them that he had his own kingdom, despite the fact that they were living amidst an already established empire run by an administration that didn’t look favorably on dissenting voices, particularly whenever they challenged the sovereignty of the state itself.

He went on to say that his kingdom was “not of this world,” but that seems to have gone over most people’s heads. He was a bit of a cryptic fellow, as evidenced by the fact that he once said the reason he kept telling his vague little vignettes was to further confound the listener, rather than making his message more overtly clear. It’s almost as if he were trolling people around him, and completely on purpose.

A Bold and Dangerous Message

“Not of this world,” he said. I wonder what that even means? Why did he allow some of his followers to think they were going to overthrow the government by force if the kind of revolution he had in mind wasn’t a geopolitical one but some other kind of “kingdom?” And what kind of kingdom doesn’t actually possess any enforceable means of legislating or executing the will of the magistrate?

The only clue I could find to unlock his meaning came from a few moments earlier in that third reboot of the story in which he explained that:

If you belonged to the world, it would love you as its own. As it is, you do not belong to the world…That is why the world hates you. Remember what I told you: ‘A servant is not greater than his master.’ If they persecuted me, they will persecute you also.

In other words, whatever kingdom he was hoping to bring into the world was not a geopolitical one at all. Whatever kind of revolution he had in mind, it was a moral and social one. He envisioned an ethical and socio-economic upheaval that would reverse the fortunes of the wealthiest citizens, redistributing the resources of the state and of the market into a more fair and equitable society. No wonder he expected persecution.

Furthermore, it appears his earliest followers made a valiant attempt to enact his vision, with the wealthiest liquidating their assets in order to redistribute them more evenly among the less fortunate. Today we call that communism, and it’s not very popular where we live. Which is why I am so impressed with your willingness to distribute this literature to each of our students, most of whom are from disadvantaged economic situations themselves.

I know you must have had the approval of our state-sponsored public school administration to distribute this rather incendiary reading material, but I do wonder how well this kind of talk would go over if the people currently running our government were ever to catch wind of it? People running our country today wouldn’t be too fond of this talk of redistributing wealth, persuaded as they are that the best way to grow an economy is to enact policies which benefit the job creators at the top of the economic pyramid, allowing the prosperity to “trickle down” to the folks at the bottom.

And I also think a number of people would take issue with this fellow’s contention that real revolution takes place in people’s hearts, rather than in the state houses and in courts and in the halls of civic power. Folks around here have worked long and hard to get their own people put into positions of power, reasoning that if they are ever to have their own interests taken seriously at the national level, they must somehow take back those positions in order to make our country great again.

This is something entirely different. I suspect these words wouldn’t sell very well in the places of worship around me today. They feel very strongly that they need to have their own people writing the laws and wielding the gavel. Their kingdom is very much of this world, and for that reason I don’t suspect they would appreciate this Joshua character.

But like I said, your courage is laudable, sir. I thank you for taking the time out of your day to distribute this very thought-provoking material among our student body. Perhaps on another day our school will allow people from another faith to distribute copies of their own materials for the students to read and contemplate. I guess we’ll see.

[Check back later for the mp3 audio version to be linked near the top, and I promise eventually I will soon get caught up on the previous recordings as well!] 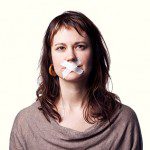 November 10, 2016
Sexual Harassment and the Secular Movement
Next Post 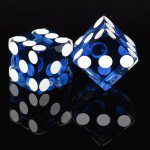