The Real Roots of Our Beliefs 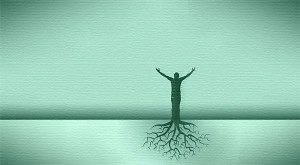 Do you find it frustrating to talk to religious people about their beliefs?

Nonreligious people often have a hard time understanding their devout counterparts, so they engage them in the kinds of conversations that are meant to tease out the intellectual nuances in what they believe in order to better understand them. It doesn’t take long for the inconsistencies to surface (some streams of Christianity positively revel in their own incoherence). When those moments arise, the nonreligious often seize upon those instances to point out the incongruences they’ve uncovered.

But then an odd thing happens. The religious person quickly shifts the conversation onto a tangential track that opens up an entirely new set of contradictions which provoke their own tangential offshoots, and so on. The conversation slips and slides all over the place, and the harder each works to zero in on a concrete point of discussion, the more elusive any common understanding becomes. It’s like they’re talking in circles around the real issues, without ever really settling on what those issues are.

Frustration sets in. Why don’t they see it? You’ve made the contradiction as obvious as the nose on their face, but somehow it doesn’t budge their thinking at all. What is going on?

In order to explain why this keeps happening, I want to shift gears for a second and relay to you a note I received this week from a French woman in her young twenties. She wrote me to express her frustration after breaking up with a young man whose religious beliefs eventually drove a wedge between them. Read the following snippet of her story and see how quickly you can pick up precisely what it was that changed the nature of their relationship:

…I ended up falling in love with a guy who’s a Reformed Baptist. You can probably see where this is going. Here in France, we regard deeply devout Christians with circumspection, so it was actually eye-opening to see that many of them can be great, intelligent people, and not just crazy dudes brandishing signs proclaiming the end is nigh. We knew about our religious differences from the start, and discussed it at length. The relationship was really good. The kind of cray love where you talk all the time and you think this might actually be the right person.

As you’ve probably guessed by now, even though he thought he could accept my being an atheist, in the end he didn’t. Out of the blue and for about two weeks, he proceeded to try and indoctrinate me, sending me endless religious songs, podcasts, and attacking my views in a very violent way, which I will admit really did some psychological damage. I’m in my last year to get my master’s degree, which is very stressful and demanding, and having the person closest to you methodically, passively aggressively attack your worldview, shaming you for it and adding thinly veiled menaces of break-ups, and well. I’m not totally blameless here, because I tried to be understanding and conciliatory instead of putting my foot down.

Anyway, the situation became untenable, so we broke up even though we both admitted to still loving the other person, because he couldn’t “fill my Jesus cup” (his metaphor, not mine. Because it’s not enough for me to accept that he loves Jesus juice, apparently I have to have it too despite the fact I think it tastes bitter).
And to be honest, while I think his own personal fears about what his God would think about it definitely played a part in his behavior, outside pressures were probably even more potent. He hadn’t hidden my existence from those closest to him, but he was feeling some shame because of dating an atheist. Some of his best friends and people from his church were apparently very clear about how wrong it was.

This whole “love your neighbor, but not too much if they’re different” honestly scares me. I’ve got nothing against community spirit and giving your friends advice, but it really feels like gang mentality. It’s the first time I’ve been confronted by it on a personal level, and it’s honestly terrifying and infuriating. My personal situation doesn’t matter in the big picture, but it’s made me realize how difficult it must be to be an atheist in the US, even more so when most of American atheists seem to have been deeply religious for a long time…

How long did it take you to guess where the opposition would come from? Did it strike you as strange that they would be getting along just fine despite their differences of belief, but then one day out of the blue he started proselytizing her? If you’ve ever been in an “unequally yoked” relationship (their term, not ours), you know exactly what this feels like, and you know exactly where it originated.

As long as we are relating to each other one-on-one, we tend to get along just fine. It’s the moment we start talking to the rest of the people in our tribe that we find the reasons we can no longer accept each other the way we are. I know this a little bit too well, and I know exactly where it came from when it impacted my life. You are going to hear me talking about this an awful lot in the coming months.

Our Reasons Aren’t So Rational

Our most deeply held beliefs are not fundamentally intellectual. They are emotional, and they are social. That goes for religious beliefs and it goes for political leanings as well. In fact, the same thing can be said for just about any other bedrock belief structure we can have.

It doesn’t originate as an academic subject which can be parsed into syllogisms or whatever. It starts as a system of values and feelings that are handed down to us at an impressionable moment in our lives, either during our younger formative years, or else during some important life transition in which the way that we think is being fundamentally rewired for one reason or another.

Our strongest beliefs are rooted in sentiment, not in cognition. Which means that when you spend as much time as you do trying to debate people out of their beliefs, you keep hitting a wall. Your well-reasoned words bounce right off their faces and ricochet back into your face, leaving you confused. The more rational you become, the angrier the other person grows, sometimes flaring their nostrils and waving their hands in a show of obvious agitation. Chances are, you’re beginning to do the same, even if it’s behind a computer screen.

This happens because the real reasons people believe the things they believe stem from their own personal histories and upbringings. They were given an identity at some point, and that identity tells them how to feel about things. All reasoning that follows merely provides a protective coating over the soft squishy stuff underneath that truly drives their behavior and their thought processes.

I have a lot I want to say about this, but it’s going to take a whole lot more than one single post to unpack it all. For now I simply want to use the above story to illustrate one simple point:

Religious beliefs are social constructs. When you challenge them, you are picking a fight with an entire society. You are threatening a tribal identity, and any tribe that wants to survive knows that it must protect its own boundaries or die.

That’s why this young woman found that a man with whom she connected on such a deep, intuitive level wound up pushing her away as if she were a foreign substance that needed disinfecting before he could abide her presence any further. Things were going along swimmingly until his religious community began to make it clear that it wasn’t okay to have an infidel in their midst. She would only drag him down, and he needed to apply pressure to remedy the situation.

Talk about touching a nerve. My fingers are shaking trying to talk about this. I know exactly what this dynamic feels like. I have some…words. Some are not appropriate for public display.

So I’ll just leave the discussion here for us all to digest. Call it a starting off point.

Religious beliefs are crafted, modified, preserved, and proliferated within a community. They are passed along through means that transcend intellectual argumentation, which means that if you want to address them in any effectively challenging way, you will have to take into consideration that when you mess with their beliefs, you mess with their whole family, so to speak. Any attempt to address their beliefs must take this into account, or else the resulting behavior will make no sense.

More on this to come. Duty calls. 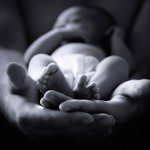 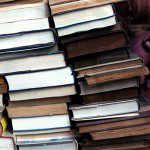 Is There a Looming Sex Scandal...
No Longer Quivering
Related posts from Godless in Dixie