Why God Keeps Showing Up in Public Schools (Video)

A couple of weeks ago I had the honor of speaking at the second annual Secular Summit held by the Secular Coalition of Arizona (video below). I mentioned them before at the end of another post, but they deserve several more mentions.

The Importance of Organized Secularism

It can be really difficult organizing secularists. In America, the joiners and “belongers” tend to stay in the religious environments into which they were born. Meanwhile, it’s the nonconformists who tend to be the first to stop and question it all. Consequently, the Freethought subculture in my country tends to be overrun with non-joiners, loners, individualists, and strong introverts.

People like us aren’t as likely to organize or show up for mass events, that is unless we get to dress up as our favorite character from whatever fantasy or sci-fi novel we love the most!

But the cause of secularism—the preserving of our country’s original separation between church and state—requires active participation in the public sphere. Pushing back the encroaching presence of theocracy in America (you better believe it’s there, and it’s hungry) requires more than just words, it demands action. That’s where the Secular Coalition of America comes in.

National activism certainly has its place, but the greatest impact a person or group can have is at the state and local level. That means we need more than just a national organization that advocates for secular concerns in the realm of public policy. We need state chapters which establish lines of communication with state and local lawmakers so that they know we are here, that we vote, and that our voices matter.

For this reason, I hope you will check out the Secular Coalition of Arizona sometime in order to find out what it can look like for a state level secular organization to work together, pooling their resources and building a platform from which we can work to apply pressure to the people who determine public policy. These folks have made tremendous strides, and they would serve as an excellent model for how to do things at the state and local levels. If you’re at all interested in learning how to do that, I hope you will drop them a line sometime.

Why God Keeps Showing Up in Public Schools

The group in Arizona held their second annual Secular Summit on Saturday, December 10th this year, and I was only one among several people who spoke that day. Just before I got up to speak, we all heard from Juan Mendez, who was recently elected to the Arizona State Senate after serving four years as a state representative. We also heard from his successor, newly elected State Representative Athena Salman.

You can bet this Mississippi boy was amazed to hear from not one but two state lawmakers openly identifying with the cause of secularism.

When it came my turn to speak, I talked about why God keeps showing up in public schools. My starting point in the talk was, unavoidably, the most recent presidential election and what it reveals about the underlying tensions in American life today. I then stepped back in time a bit to talk about how our nation’s history echoes the same tensions and always has.

Moving back to present day, I wrapped up the talk by spelling out a few of the issues I see secularists facing as our national Education Department is being taken over by a billionaire activist with a long history of diverting public funds from public schools in order to redirect them into private ones (with virtually no oversight, I might add).

The video is about 50 minutes long, and can be viewed here on YouTube, or else you can view the embedded version below.

I’m grateful to the board of SCA Arizona for having me out there to speak with them, and I’m greatly encouraged to see a group of awesome people working to give voice to the cause of secularism amidst an increasingly sectarian public sphere.

While you’re at it, why don’t you head over to their FB page and “Like” them so you can keep up? 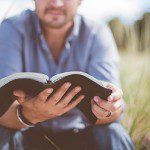 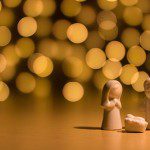