There is a kind of fatalism in the Bible which views political events as divinely ordained, teaching people to accept whoever is in authority without question. This should come as no surprise to us once we remember this book was written at a time when kings and emperors ruled the world, long before democracy came into its own. Clearly this book was written in a context wherein “the will of the people” meant nothing, and the will of an emperor was everything.

Here is the gist of what the writers of the Bible had to say about politics:

Praise be to the name of God for ever and ever…he deposes kings and raises up others.. –Daniel 2:20-21

The king’s heart is a stream of water in the hand of the Lord; he turns it wherever he will. –Proverbs 21:1

Let every person be subject to the governing authorities. For there is no authority except from God, and those that exist have been instituted by God. –Romans 13:1

Remind the people to be subject to rulers and authorities, to be obedient. –Titus 3:1

Be subject for the Lord’s sake to every human institution, whether it be to the emperor as supreme, or to governors as sent by him to punish those who do evil and to praise those who do good…Fear God. Honor the emperor. –1 Peter 2:13-17

It doesn’t even matter if they are bad rulers. From the viewpoint of the writers of the Bible, God can still hit straight licks with crooked sticks, as the old saying goes. I sure wish I still believed that, because my country has undoubtedly appointed a crooked stick to occupy the highest office in the land. But I’m afraid we won’t be seeing many straight licks coming out of the Oval Office as long as this man sits in it.

This particular stick is so crooked that I burned out on criticizing him in my social media spaces months ago. And it didn’t make a $#&@! difference anyway, did it? I voted against him, as did nearly 66 million other Americans, but he still won the title, thanks to the apparently useless Electoral College system put into place during a time before hyperpartisanship and dark money rendered the will of the people irrelevant at best and a mere pawn in the hands of the wealthy at worst.

I won’t waste my breath highlighting all the ways this man doesn’t deserve this position of power, or the many ways I anticipate he will misuse his grossly unmerited privilege, because I’ve come to see that most of those who read my posts already see things the same way I do anyway. Such is the nature of the social media beast—it naturally divides us into insular digital enclaves so we only hear the voices of those who already agree with us.

But I would like to at least touch on why so many Christians around me have accepted a Donald Trump presidency, not just as a less-than-ideal circumstance to endure, but as a divinely ordained blessing whereby our nation will somehow be better off after four years of letting this man govern from atop the executive branch of the U.S. government. 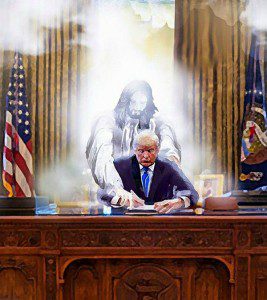 Over the weekend, people began passing around this image of our new Commander-in-Chief signing executive orders under the leadership of Jesus, who I will venture to guess did not manage to make the semi-literate potentate’s signature look any less like a seismograph reading of a catastrophic earthquake.

Aside from noting the amusing similarity to the Scumbag Jesus meme (you’ll have to google that one because I’m not linking it), I can’t help but notice how quickly even people who morally object to Trump’s self-aggrandizing crudity have decided to embrace his presidency. They truly believe that God will use him to “make America great again” because 1) they read the Bible and it says God directs the actions of political rulers, and 2) they believe that God is uniquely committed to prospering America in particular because they can’t tell the difference between their own modern democracy and ancient Israel.

I’d be remiss if I didn’t at least note in passing that modern American evangelicals have never understood that the Bible doesn’t make any promises for America. Most of it was written a couple of thousand years before our country was even a thought in anyone’s mind, and the promises it makes are to a particular people at a particular time on the other side of the globe. Modern pluralistic democracies have precious few similarities to ancient Levantine theocratic monarchies, but try telling that to a Southern Baptist or a Pentecostal. #fuggedaboutit

For many evangelicals there is a disconnect whereby they no longer care about the moral scruples of the man they helped elect. They only care that he pays lipservice to their identity as a religious group, reinforcing their mistaken belief that they are being persecuted whenever they are asked to share public spaces with people who don’t subscribe to their religion.

For the record, I’m pretty sure Donald Trump has no real faith to speak of, and I know at least two Corinthians who would agree with me. But they will see what they want to see because that’s how faith works. First comes the believing, then comes the seeing. Faith is a creative process whereby we can often make things happen that wouldn’t have happened otherwise, but it can also be a terribly destructive process by which we take things that could have been healthy and make them much, much worse because we aren’t seeing things as they really are.

This fatalistic acceptance of circumstances will placate millions of devout American Christians, who will be overjoyed by every ceremonial show of favoritism the glorified reality TV star affords them. It will blind them to the moral bankruptcy of the political party which couldn’t even supply a viable electoral alternative to the thrice married owner of casinos with strip clubs. As long as they keep disparaging reproductive rights and marriage equality, evangelicals will turn a blind eye to everything else.

But there are others. There is a rebellion of sorts forming beneath this man’s orange upturned nose, and I expect no small number of progressive Christians will continue to call out what they see as his administration’s abuses of basic human rights. Just yesterday our country witnessed the largest organized protest in its 240-year history. The numbers are still rolling in, but a message is being sent to the world that more people are unhappy with this turn of events than FOX News would have you believe.

I find it fitting that, right on the heels of the Trump administration’s new Minister of Information castigating the press for reporting on the record low turnout for Friday’s inauguration, we saw a record high turnout of men and women all over the country who showed up in their own public spaces to send a message expressing how utterly opposed to the leadership of this man they are.

This goes beyond partisan politics or policy differences. This wasn’t just a scuffle between supply-side economists and democratic socialists or whatever. This was a statement by Americans of many different stripes setting aside an entire day to send a message to our state and national leaders that we are not okay with glorifying a man who belittles people with disabilities and who boasts about getting away with sexual assault. This transcends political party affiliation. It’s about basic human decency.

And the church may very well divide over this. I so hope they do. And not because I want to see the church go away, although I admit a majority of my atheist friends would probably cheer at the prospect. There have been times throughout history in which a segment of the church stepped up and helped to push social issues in a progressive direction. They have always been opposed by the guardians of the status quo within their ranks, but that has never kept this faction within the church from making their voices be heard.

There has always been a sort of prophetic witness within the religion to which I once belonged, and that ethos tracks remarkably well with the secular humanism which now characterizes my personal beliefs. Among the progressive Christians within every denomination I find natural allies to my own concerns, and the fact that they invoke Jesus rather than Robert Ingersoll in order to make their point doesn’t really faze me.

I have much more in common with a devout progressive Christian or Muslim than I do with an alt-right atheist, which is why I don’t usually lead off with my atheism when getting to know anybody new. Atheism only describes my response to one question, but who says that’s the most important question there is to ask? I certainly don’t think it is. I care significantly more about how you treat other people. That to me is a much more important factor in my evaluation of my friends and associates.

I hope you will join me in looking for those allies, because we need each other’s support. There is strength in numbers, and now is not the time to denominate ourselves against one another because of where you spend your Sunday mornings. Now is a time to find ways to work together to fight the regressive dictates of a man who does not deserve to sit at the helm of the most powerful country in the world.

God did not make this happen. And there are quite a few devout believers within the church who would agree with me. Can you see them? Have you even looked? How about we find them and become friends instead of enemies? 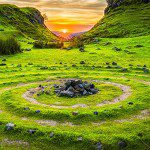 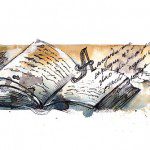 January 29, 2017 The Stories We Tell Ourselves
Recent Comments
0 | Leave a Comment
Browse Our Archives
get the latest from
Godless in Dixie
Sign up for our newsletter
POPULAR AT PATHEOS Nonreligious
1