Faith and the Power of a Magic Feather

Faith and the Power of a Magic Feather March 1, 2017 Neil Carter

“I can do all things through Christ who strengthens me.” –Philippians 4:13

Growing up evangelical, no message featured more prominently in my understanding of the Christian life than this verse. After John 3:16, this verse tops just about everybody’s list of favorite Bible passages, rivaled only by the verse in Jeremiah that says “I know the plans I have for you, declares the Lord…”

I know these verses continue to top those charts both because I still have a plethora of Christian friends in my newsfeed and also because my children, who are neck-deep in church youth group culture, often take note every time the clock says 4:13. I’ve never asked them why they always draw attention to the time at that moment because I don’t have to. I’ve been in a Baptist youth group before, and I know why this verse is one of their biggies.

The notion that you need Jesus to be and to do what you cannot looms large in the evangelical Christian narrative. It lies at the core of “the good news.” This recurring motif says two basic things:

1. You cannot do it, whatever “it” is.  You can’t save yourself from Hell and you can’t be a good person on your own.

2. Jesus himself is whatever you need.

I’ve written before about how the evangelical Christian faith is predicated entirely upon the message of human inadequacy. If the edifice they build is that “Jesus can,” then “you can’t” is its foundation. In retrospect I find this disturbingly detrimental to a healthy self-image. They’ve taught us to equate being human with being damaged, broken, frail, and weak. Human incapability is the sine qua non of the evangelical Christian faith.

But the flip side of this is that it also teaches people that, through Jesus, somehow they can do whatever their lives require of them. Through the empowering presence of the indwelling Holy Spirit, they can be able to work harder, love more boldly, sin less, and generally persevere under life’s harsh conditions in ways they never could without this beneficent presence living inside of them.

That’s what I was taught to believe. At my most vulnerable and impressionable moments, I was taught to “look to Jesus” to produce in me whatever character trait was needed to face each challenge successfully. And guess what happened? I made it through the tough times. I overcame my challenges. With varying levels of success, I conquered my metaphorical mountains and developed the skills necessary to deal with whatever it was that was making me feel overwhelmed. I did it all, being careful to give credit to the Invisible Inhabitant living inside of me, my own personal savior.

Except that’s not what really happened. That’s never what really happens for anybody. All over the world, millions of people are facing life’s challenges with the belief that 1) they can’t even, and 2) Jesus can. But the reality is: You can even. 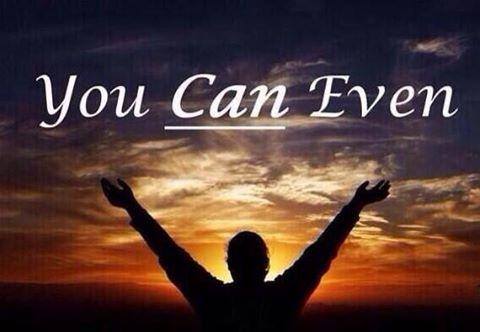 You always could. And yes, I know we have our limitations. I’m not saying you don’t have any. A while back I wrote a piece entitled “We Are Not Broken” and the most common response I got from people was an insistence that humans have limited capabilities.  Even those who would distance themselves from the notion that we are “fallen” or “sinful” still feel a compulsive need to highlight frailty and weakness, as if those were essential defining traits of being human.

I just don’t see why that should be a central trait. Yes, I know we feel our limitations, and sometimes we go through seasons wherein we seem to be reminded of it daily. But why recite this self-deprecating narrative over and over again which says that inability is fundamental to who we are? I don’t agree with that interpretation. I think you can choose to see this differently, but you have to be willing to rethink what’s happening here.

Jesus is Your Magic Feather

As for my evangelical friends and relatives, the salvation that Jesus brings to their daily lives can be easily explained and illustrated by a scene from the classic Disney movie Dumbo.  Do you remember how the crows got Dumbo to fly? They plucked a feather and gave it to him, telling him it was a magic feather that would enable him to fly. He believed them, and he flew. Only the feather wasn’t really what enabled him to fly. He had that capability all along, and he only needed a confidence boost to get him off the ground.

This scene perfectly illustrates what we call the placebo effect. Sometimes you can make something happen just by convincing yourself that it will happen.

That’s what’s happening when people recite the verse that says “I can do all things through Christ who strengthens me.”*  Jesus is their magic feather. Without it, they might not be able to muster the courage to tackle the obstacles in their way. They are plenty capable of dealing with their struggles on their own, they just don’t know it. They feel they need Jesus to do something for them which in reality they can do for themselves.

In the end, they will make it through their challenges by the strength which comes from millions of years of ingrained survival instinct and the progressive power of natural selection. But true to their programming, they will turn around and credit someone else, anyone else but themselves, for their victory.

Letting Go of the Magic Feather

I’ve given a lot of thought to how I feel about this. On the heels of my own departure from the faith, my sympathies for those still ruled by the dogma of my youth led me to give this a pass. My initial feelings were that as long as people were finding the strength to overcome life’s obstacles, it didn’t really matter to me if they credited someone other than themselves—the people truly responsible for their own successes.

But I’ve changed my mind.  I don’t think it’s healthy to continue this delusion because it means that people remain stuck in a self-deprecating loop. This kind of negativity keeps them subservient to an ideology that needs something from them:  their service, their obedience, their money, even their electoral vote. It’s a system that uses them for its own ends, and they could be free of it, able to determine their own steps for themselves instead of taking instructions from someone else. They have within themselves all the capabilities they need for life, but they never acknowledge it.  If they did, they would see they don’t need the magic feather anymore.  If enough people realized that, the whole system would collapse.

Which is why I decided it’s not ultimately helping them to leave them alone in this way of thinking. Human incapability is a construct. It’s a narrative drilled into us when we are young to keep us subservient to a system that needs us to feel inadequate.  It needs us to feel needy so that we will keep coming back to it for its magical powers.

I’m not saying the people inside the system are all knowingly doing this, mind you. But the system has a life of its own. Like all organizational structures, it has a kind of survival instinct of its own and behaves almost like a living organism. It will do whatever it takes to ensure its own success even if it means using up the very people who keep it alive. I’m not a fan anymore. I used to give it a pass because I figured, hey, if it enables people to have the confidence they lack to overcome their obstacles, then it’s not all bad, right?  Now I’m not so sure I can go along with that anymore.

At some point the human race needs to realize it doesn’t need this magic feather anymore. At some point we are going to have to own our own capabilities and decide that we don’t need our placebos to keep us strong. I’m not saying we won’t need therapy from time to time (in fact, I’m looking to start getting some of my own as we speak!), especially after a lifetime of being told “you can’t, and you’re bad.” But it’s time to move on from this. If your religion tells you that you can’t, then I’m against that particular faith.  Because you can.

(This article previous appeared here on Godless In Dixie)

* Incidentally, in its context the verse from Philippians isn’t about being successful at sports or taking tests or getting up the nerve to ask someone out on a date. In context, Paul was describing that he knew how to live without things, without money, adequate food, or adequate clothing. He had been starving before, and knew what it was like to have virtually nothing. He was claiming that his faith enabled him to go without things (even though he was subtly asking for financial support in the midst of saying he knew how to live without it). Like most people’s favorite “life verses,” this verse doesn’t really say what people try to make it say when they put it on a motivational poster. 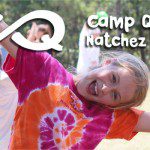 February 24, 2017
Camp Quest Is Coming to Mississippi!
Next Post 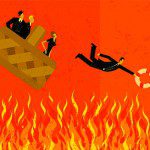 March 9, 2017 Is It Loving to Warn People About Hell?
Recent Comments
0 | Leave a Comment
"Given the horrors that religious people have perpetrated in the name of religion, I don't ..."
ORAXX Tim Keller and the Argument from ..."
"Sounds like someone who thinks constellations are real physical things or something. I wonder what ..."
Zaqqum Four (Bad) Reasons For God
"Yeah, sure, except that I happened to have been born in the 00.000000000000000000547% of the ..."
Beau Quilter Four (Bad) Reasons For God
"I had a physics teacher in Catholic high school who saw god in the order ..."
Silverwolf13 Four (Bad) Reasons For God
Browse Our Archives
get the latest from
Godless in Dixie
Sign up for our newsletter
POPULAR AT PATHEOS Nonreligious
1

The Sheer Racism in the Russell...
Roll to Disbelieve
Related posts from Godless in Dixie