Is It Loving to Warn People About Hell?

Is It Loving to Warn People About Hell? March 9, 2017 Neil Carter 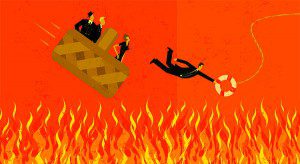 Fritz is an odd fellow. Patriotism runs deep in his family but he takes it to the next level, enjoining his children to faithfully recite the pledge of allegiance and sing the national anthem once a day every day of their lives. Loyalty to the United States of America is extremely important to him, and he feels it is unforgivable to let a day pass without verbally acknowledging one’s debt to his country. But that’s not the weirdest thing about Fritz.

See, Fritz also believes some rather idiosyncratic things about death and what comes after. He believes that after you die, true patriots will be welcomed into giant cathedrals made of chocolate, where they can eat all the furniture and light fixtures and even the walls as much as they like and never get sick. On the other hand, he also believes that the unpatriotic will be revived only to be attacked by giant feces-covered wasps with legs made of shards of glass. He believes that the wasps will spend eternity mutilating the ungrateful louts who failed to appreciate the freedoms they had been given when they were alive. Every night, Fritz reviews these scenarios with his three impressionable children, sometimes going into enough descriptive detail about the giant wasps to give them nightmares. He does this because he loves them, and he is trying to warn them.

You have to understand that Fritz truly believes that patriotism is the most important character trait a person can have, and he is authentically convinced that giant shard-legged wasps await those who lack this trait. So every night he makes sure his children grasp the gravity of their situation by reminding them of what happens to the children who don’t honor their country. When his children tell their friends what they believe about life after death, they get really funny looks. Some kids laugh at them and some just avoid talking to them as much as possible. One concerned parent reported the situation to Child Protection Services but since Fritz is such a loving, nurturing father (and a fantastic citizen to boot!) they just shake their heads and hope that one day Fritz’s kids will grow up to see how bizarre and unhealthy those beliefs truly were.

No one who knows Fritz could doubt the sincerity of either his love for his precious children or his belief that his expectations of the afterlife are correct. But is he loving his children when he terrifies them with these stories of giant shard-legged wasps? Is that even the right question we should be asking?

It doesn’t really matter how sincerely Fritz believes the things he is telling his children. The bottom line is that he is damaging them emotionally and psychologically by telling them such grotesquely awful stories about what will happen to them if they don’t keep in line with his particular set of beliefs. His love for them is genuine but he is still harming them. The sincerity of his love doesn’t cancel out the maladaptation that he is causing. So asking “Is he doing it in love?” is really asking the wrong question. A better question would be “Is he harming them?” The answer to that is yes, and the sincerity of his love does not erase that fact.

Many parents who love their children still exhibit dysfunctional patterns of relating to them, don’t you agree? There are codependent parents, alcoholic parents, obsessive-compulsive parents (“No wire hangers!!!”), and even physically abusive parents who love their children but who are also stuck in patterns of relating which are unhealthy and harmful despite the love that resides within. Perhaps they simply learned this pattern from their own parents and they are only following the model of parenting they were taught.

Asking “Does the abusive parent love her child?” would be a misleading question. It changes the subject from the health of the behavior in question to the related but non-decisive matter of feelings. It wouldn’t make much practical difference how much love motivates the parent’s behavior if the end result is still harm. So let’s dispense with that question, shall we? It’s a red herring.

“But what if Fritz is right?” you might ask. “I mean, what if you assume for just a moment that giant feces-covered wasps with broken glass for legs really may be coming to get us after we die?” Is this even a legitimate question? Can you tell me how many fingers I am holding up right now? And would you care to tell your story to these friends of mine in the pretty white lab coats? The question is hardly worth rewarding with an answer.

The only thing that might inspire a more serious response would be if millions of people started passing along this same crazy belief to their children so that “the weird ones” were no longer Fritz’s kids but the kids whose parents didn’t perpetuate this grotesque horror story. It still wouldn’t make it less insane just because a lot of people bought it. It would just be less novel.

Just like it is with Hell. The only difference between having giant wasps coming to mutilate you day and night and being thrown into a lake of fire where you will be burned alive day and night for eternity is the number of people who pass along such madness to their children.

Is it loving for them to do that? Is that really the right question we should be asking? Is it possible that such a fate really awaits those who don’t believe the right things? Are you kidding me with this? Why does your grotesque horrific belief deserve respect and Fritz’s doesn’t? Because more people were taught yours?  You got anything better than that? Because from where I’m standing, I see harm. I see nightmares and I see not-so-subtle instances of psychological abuse happening all over the place and I see no reason to sit idly by while people keep doing this to malleable young children.

It’s an awful, horrible fear tactic used to intimidate people and coerce them into conformity to a group and to a prescribed set of beliefs. And frankly, I find it despicable. It doesn’t erase the harm you are causing that you sincerely love the people upon whom you foist this social and psychological mistreatment. If that is love, it is indistinguishable in practice from hate. It matters little what feelings motivate you if the end result is harm. It should stop, either way.

Now About That Cliff…

One quick postscript before I’m done. I am beyond tired of hearing “Well if you were running toward a cliff, the only loving thing to do is to warn you that it’s coming.” The reason that’s such a bad analogy is that cliffs are demonstrably real things. You can go look at a cliff if you want to see one. The person doing the warning has clearly seen the cliff and knows for certain that it’s there.

That’s not at all the way warning people about Hell works. You’ve got a concept of an invisible, unprovable plane of existence which has no empirical evidence at all, and yet you’re talking about it as if you have seen it. But you haven’t. No one has. So stop talking about it as if you know it’s as real as a cliff. And please consider how little sense it makes that people would be punished by something for which there is no clear evidence up until the moment it is too late.

(This article previously appeared here on Godless in Dixie) 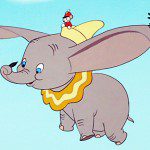 March 1, 2017
Faith and the Power of a Magic Feather
Next Post 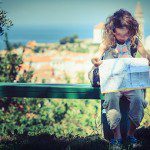