The Dark Side of Grace

People who are in abusive relationships learn to see themselves as “lucky” for having their abusers in their lives. How is that possible, you ask? The dynamic is really easy to explain.

No matter how tough or powerful they may seem, abusive people tend to be deeply insecure. Consequently, they spend a great deal of time and energy tearing down the objects of their affection (read: victims), reminding them just how little they deserve the kindness that’s so graciously being shown them. Abusers need their victims to be beneath them somehow in order to make them feel better about themselves.

They also need their victims (I mean “loved ones”) to see themselves as unworthy, otherwise they might venture out and find a healthier relationship, one in which the other person doesn’t constantly need to tear them down in order to prop up their own value. Abusers need their victims to believe they are always drowning so they can swoop in and be the hero who saves them.

The abusers themselves are not always aware of this need they have. I’m not sure most abusers actually know they are abusers any more than the victims ever realize they are victims. It’s just that the relational dynamic is what it is, and it works. The “stronger” person keeps the “weaker” dependent on him or her by making them feel helpless, lost without their protector/provider.

If they ever become too keenly aware of this dynamic, it could threaten to break the cycle, ending the co-dependent arrangement, which would suddenly leave everyone in the relationship feeling empty and rejected. Since neither of them wants that, both of them consciously or subconsciously avoid looking too intently into the nature of the relationship for fear of disrupting the life they know. Change is hard and painful.

Elements of an Abusive Relationship

So, to review, here are those components of an abusive relationship (we’ll make the abuser male for this discussion, although it could be either):

More than likely there will also be an active discouraging of going outside the relationship for any need that can be met (however poorly) within the relationship. Exposure to the outside world could threaten the integrity of the arrangement, could challenge the narrative, so the outside world is painted as a hostile place that just doesn’t understand what a good thing the two of them have together. Isolation of the victim is a classic move for any kind of abuser. Might as well make that the fourth element.

Sound familiar? It should, since it happens over and over again all around us. These elements are present in one form or another in virtually every abusive relationship I’ve ever seen:  Tearing down the victim, then showering her with love and affection, reminding her that no one else loves her the way he does (remember that). No one else is kind enough or loving enough to be able to handle all her needs, because you see, she is so very needy and lost without him.

Were she ever to step outside of this narrative, of course, she might learn that she has a fierce fighter within her, a #nastywoman capable of shutting down her captor using means she’s never even considered before. But the oppressive narrative stays in place, and so does she. The status quo is maintained, and the abuser is praised for his gracious and forgiving nature.

If you suspect at any level that you may be in a relationship like this, I know a simple way to find out:

Try walking away from it for a time. Get some distance. Go experience the outside world and enter into other relationships to find out whether not others have as low a view of you as does the person who “loves you like no one else can.” If that’s really the case, then you should be able to venture out and find out for yourself if that’s really true. If that narrative proves true, then you’ll be back.

If you don’t return, however, it means you found something better, and the narrative was a controlling lie after all.

The Other Side of Grace 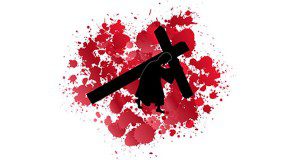 This past Sunday morning I was reminded that we were all given another narrative, one which Christians recite to one another every Easter, year after year. Really it’s more often than that for those who regularly attend church. But in my case it had been years since I had immersed myself in that world for an entire morning, and it was an interesting experience.

I wrote about my strongest impressions in my last post, pointing out how strange and frankly creepy the way they talk about Jesus really sounds to an outsider. The whole spectacle was emotionally manipulative and overly affective in the strangest way. I had forgotten how gushy we learned to be when talking about the Lover of our souls.

But the thing that struck me the most this past Sunday morning was how much everyone talked about God’s amazing grace, the amazing love he showed us in sending his son to be beaten to death on our behalf. The message was primarily a positive one, I’ll grant that. But there was something else lurking beneath the surface, something far more negative…about us.

This preacher got up in front of an auditorium full of people to tell them they are lucky to have God in their lives, lucky to have him condescend to show grace and mercy to them because they deserve so much less. His love for us and his grace toward us is amazing, the man told us.

Amazing grace! How sweet the sound, that saved a wretch like me.

You see where I’m going with this, don’t you? We are being told over and over again that what they have to offer us is good news. But implicit in this good news is the very bad news that we are so bad, God had to kill himself in order to get over it.

Does that not strike you as…I dunno…excessively demeaning? For every time we are told that God’s love surpasses all other loves, we are being told that it takes an extraordinary kind of love in order to love the likes of us.

Go ahead and tell me that’s not what it means.

See, I know this narrative very, very well. I’ve inhaled deeply of this message and I can recognize its aroma almost anywhere. Each mention of the surpassing love of God reminds the listener of his or her own innate unworthiness. Without that unworthiness, without the implicit notion of our own horribleness, this love wouldn’t even be anything special.

For grace to be amazing, it has to overcome something terrible. According to the Christian message, that terrible thing is us.

And the worst part about it is: Even as you’re reading this, some of you are preparing to defend this narrative, arguing that you and I really are that awful, that undeserving of whatever it is that we are getting.

From this point onward, I’m going to be calling this “the dark side of grace.”

The sugar coating on that pile of anti-human excrement satiated me for many, many years, but time has made clear to me what lies beneath that saccharine exterior: The good news of the Christian message is built upon an inescapably dehumanizing narrative which says that you’re so very bad that only God can love you the way you really need to be loved. If you look for that love in any other source, you’ll be disappointed because the likes of you requires something especially gracious and forgiving.

Try Getting Out More

Folks, I reject that narrative, and you should, too. I smell something rotten inside that beautiful packaging, and I’ve seen what it does to you.

Now, don’t misunderstand what I’m trying to say. I’m not actually trying to argue that either God or Jesus are abusers, because I don’t actually think that God is a real person at all, nor do I believe Jesus was anything but a man who lived and taught at one particular time in history (although many have come to doubt that as well). But the system of belief about them which we’ve inherited bears a striking resemblance to an emotionally abusive relationship, complete with even the same kinds of language you would hear from an abuser who actually exists:

This is not the language of a person who respects you or cares for your well being. It’s the kind of talk you hear from an abuser, and it’s an awful voice to be keeping inside your head, no matter how benevolent you believe the speaker to be.

I suggest you try getting out from under that narrative for a time to see if the way you see yourself changes for the better. Take a break from this possessive “Lover of your soul” and find out for yourself if maybe there’s another way, a kinder way, to see yourself. One that doesn’t require constantly lowering your own opinion of yourself in order to magnify his glory.

I think you’ll find the world outside of that relationship a more natural fit, if you’ll give it a chance. But I don’t expect you to take my word for it. You’ll have to decide for yourself what you’re ready to do. 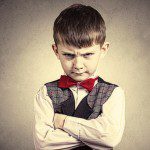 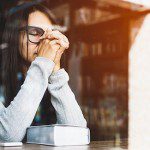 April 24, 2017 Why Christian Women Can't Get Ahead
Recent Comments
0 | Leave a Comment
Browse Our Archives
get the latest updates from
Godless in Dixie
and the Patheos
Nonreligious
Channel
POPULAR AT PATHEOS Nonreligious
1