What Bowling Can Teach Us About Prayer

What Bowling Can Teach Us About Prayer June 18, 2017 Neil Carter 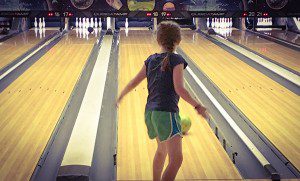 I suppose I started celebrating Father’s Day a day early when I took my nine-year-old bowling yesterday, but of course that won’t stop me from doing it again today when I take her to my favorite place for catfish and hushpuppies (not a normal fare for a guy trying to keep from putting back on the 50 lbs or so he worked off a few years back).

Her three older sisters are all at a Christian camp this Father’s Day, which isn’t an unusual situation for me. Incidentally, I’ll get my own fill of camp next week when I help corral campers at Mississippi’s first intentionally skeptic-friendly summer camp, Camp Quest Natchez Trace. But for now, I’m getting my time in with whichever of my girls I can get before they become too cool to be seen out with their dad, or too grown up and busy with their own lives to make it practical.

Bowling was fun, even if I did only barely break a hundred. But even more fun for me was watching other people bowl. Some people take this sport very seriously. Others just kinda goof around and aren’t too bothered by the gutterballs and spares. They’re just enjoying their time with friends and family, and the scores on the board don’t seem to mean too much to them.

Which is quite the opposite, by the way, from how my youngest approaches this game…or any other game for that matter. I’m not even sure how it was genetically possible to have such a competitive child born from two parents as uninterested in beating other people at things as we are, yet there she is, and clearly she is ours. Yet those points matter to her. But I’m off my subject…

The thing that stood out the most to me at the bowling alley yesterday was the funny way that people flail and squirm and shout and wave at the giant heavy marbles they’ve just released in front of themselves as if the balls can hear a word they are saying.

I’m pretty sure everyone present understands that bowling balls do not, in fact, hear their commands nor could they respond even if they had ears to hear them. But there they stand, waving their arms and yelling at those polished orbs as if their feelings about whatever happens next have any bearing on where the balls will go next. And yes, I did it just as much as everyone else did, in case you were wondering.

It’s almost as if each of us imagines we possess some kind of inherent sorcery, some magical power over physics which enables us to will the balls into doing as we please no matter how faulty the trajectory upon which we have just launched them. We seem to think the fuss we are making can actually affect anything other than our own emotional states. We know better, and yet we keep doing it. Why?

We do it because we hate not having control over things which are beyond our control and sometimes we like to do things which enable us to feel like we still have some control over them—some influence which we wish we had. Do you see where I’m going with this?

This is just like how prayer works. For that matter, it’s how faith itself operates, in which we are encouraged to believe that wishing a thing to be so will somehow make it so. In one place the Bible calls it “speaking of things that are not as if they are.” We were taught to believe that closing our eyes and thinking really hard about something, potentially something happening on the other side of the planet, could actually affect the outcome of those events even from such a large distance.

It’s our own way of feeling connected to things we cannot actually influence the way we would like to. It makes us feel better, like we are actually doing something about whatever is happening.

Condescend as I may as a skeptic who no longer believes that prayer actually changes anything outside of the head of the person doing the praying, the truth is that I get it. I really do. It sucks having so many things in life which are out of our own hands, beyond our own ability to control. I can’t say that I blame anyone for doing things that make them feel like they have powers they don’t actually have.

I do it every time I bowl a frame. I don’t golf much anymore now that I live on a teacher’s salary, but back when I did, I used to do it then, too. Have you ever watched a professional golfer right after he taps his final putt toward the cup that will make or break his entire year’s earnings?

Have you ever scanned the crowd to see how many spectators seem to believe they can affect the outcome of the putt by yelling, waving their arms, or contorting their bodies into the same shape as the path they want the ball to travel? It’s the exact same instinct that causes people to pray. It makes them feel like there’s something they can do even when there’s not. And I suppose I get it.

My only contention is that we should never let a belief in prayer discourage us from doing whatever it is that we can do to actually help a situation, I mean really help it. Because sometimes there are things we can do besides just praying about it, or sending out vibes into the universe or whatever it is that non-praying people imagine they can do in helpless situations.

When it’s possible to give help that’s real and not just imagined, I hope people can see past their own emotional coping mechanisms to see the real work there is to be done in the world and in each other’s lives. I know that many who believe in prayer hold that belief in tension with an understanding that someone has to actually do something when people need help.

Thankfully, those people do exist and they are much easier to reason with than people who believe prayer should serve as a substitute for real, tangible action. As my grandmother, herself a preachy fundamentalist in her time, would often say, “Some people are so heavenly minded, they’re no earthly good.” Well said.

I’ll still be over here, waving and yelling and blowing toward the bowling balls I see headed toward the gutter, but I do know better, and I’m laughing at myself in the process. We will always do things like this, but most of us know better. We have to actually improve our game. 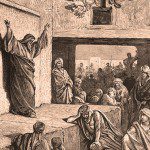 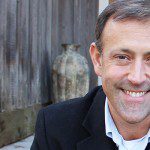 June 23, 2017 What's Godless In Dixie Doing This Summer?
Recent Comments
0 | Leave a Comment
Browse Our Archives
get the latest from
Godless in Dixie
Sign up for our newsletter
POPULAR AT PATHEOS Nonreligious
1

Nicholas J. Ellingford Shoots His Own...
Laughing in Disbelief
Related posts from Godless in Dixie 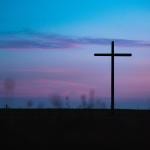