Followers of this blog have noticed a dropoff in posts over the last few weeks, and my friends on social media have additionally noticed I temporarily deactivated my personal Facebook account, leading a number of friends to check in on me to make sure I’m still alive.

Lest anyone suppose that transhumanism is something that exists only in sci-fi novels peddling dystopian visions of the future, I’d recommend deactivating your Facebook account for a few days to see how people respond. It’s as if you’ve died…disappeared. You still exist, but somehow it feels to others like you don’t.

That’s because their experience of you—and likely your experience of them, along with, for some of us, a significant chunk of our social worlds—exists only inside this virtual portal. A platform, I might add, which ultimately exists to fatten the pocketbooks of multinational corporations whose salivary glands tingle every time you log in, uploading your entire digital history for them to data mine for targeted advertising purposes. But I digress…

My point was to suggest that our merging of our humanity and our technology has already begun, and it’s already fundamentally changing the way we live and relate to one another. We’d better do some fast and honest work thinking through what that means, and how it will help or hurt our goals for ourselves in the future, both individually and as a species.

I need this summer to do some big-picture thinking about the book I’ve been putting off writing for years, mostly because I’ve been unable to decide how to say the things I want to say. The truth is it will probably take at least two or three books to say what I have to say, after which point I suppose I could move on to do other things. Until those are written, though, I’m not going to be satisfied that I’ve done all I set my mind to do back when…well, that’s all going to be in the story. It’s a pretty damned interesting story, if you ask me. If I tell it all, you probably won’t even believe some of it.

Tomorrow I head up to Tishomingo State Park to be a part of Mississippi’s first deliberately non-religious summer camp experience, brought to us by CampQuest. I’ll be a cabin leader in my first camp counseling experience since I was in my twenties. Now in my forties, it’ll be interesting to see how well I can keep up. I’m looking forward to a week of fun and making new friends in my home state (more non-religious families in Mississippi? yes please).

When I return from camp at the end of next week, I plan on re-entering my virtual social world at least a little, taking care not to get too sucked back in because I have a LOT of work to do with the summer that remains. I want to get at least the basic outline of the most important book, a memoir of sorts, sketched out before school starts back again.

I also plan on going back through some of the most important and impactful content of this blog in order to convert some of it to video to post on my hardly-used YouTube channel. Thanks to the generosity of friends and readers, I was able to order a teleprompter to help me do that the way I wanted them to be done. I hope to have at least a few of those up by the time the school year comes back around.

So that’s why you’ve seen less of me. I’ve been doing a lot of introverting lately, culling back through years of experience, thoughts, and feelings, looking for handles to explain how my journey out of the Christian faith could be helpful to others who are still trying to figure out what they think about all of it. I still have a lot of difficult internal “work” to do, and stepping back from social interaction seems to have been a non-negotiable part of that process for me. I’m far too distractible to write well while also interacting with people at all hours of the day.

So that’s why you’ll be seeing less of me for a little while. But hang in there, because I’ll be back soon with an awful lot to say. In the meantime, thank you so much for your help and support. 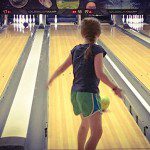 June 18, 2017
What Bowling Can Teach Us About Prayer
Next Post 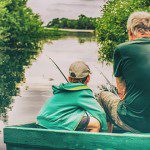 July 2, 2017 Help! My Grandchildren Are Becoming Calvinists
Recent Comments
0 | Leave a Comment
Browse Our Archives
get the latest from
Godless in Dixie
Sign up for our newsletter
POPULAR AT PATHEOS Nonreligious
1