Being an Atheist Doesn’t Make You a Better Person

Being an Atheist Doesn’t Make You a Better Person August 20, 2017 Neil Carter 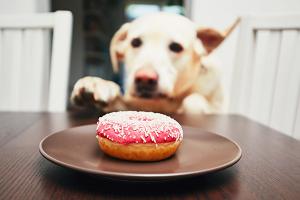 In case you weren’t aware, there is a thing called the “atheist movement,” and it is a subculture of its own kind. Like most subcultures made possible by the Information Age, most days out of the year this community exists only online. Periodically, though, it manifests itself and assumes physical form when a conference date rolls around, as in fact it is doing this very weekend in Charleston, South Carolina.

Right now my newsfeed is filled with pictures of friends having a good time enjoying the company of people they haven’t seen in months except on Facebook, and tomorrow from work I’ll have to look on jealously as they celebrate the total solar eclipse in one of the many cities across the country that will get to see the full meal deal. I had a chance to go but my eldest daughter was moving into her college dorm this weekend (How am I that old?) and there isn’t a party on the planet that would make me miss that milestone. But I still miss seeing some of my friends.

Others of them, not so much. You see, like any other community this one also has its share of unsavory characters as well. And unlike some of its more sanctimonious counterparts, this non-theistic community doesn’t exclude people simply for being, well…unsavory. In fact, some pockets of this community positively relish the cantankerous types, and to be honest they do a piss poor job of eliminating the ones who really are a problem to keep around.

Being an atheist doesn’t make you a better person.

I feel like I shouldn’t have to say that because it seems like a no brainer to me. But at this point I’ve witnessed far too many people looking down their noses at the rest of the world for their god beliefs, and it prompts me to stop and point out what to me appears completely obvious.

When you tell me you’re an atheist, that only tells me your answer to one single question: Do you believe in gods? It doesn’t tell me if you think fellow humans are deserving of basic rights or respect. It doesn’t tell me if you think racism and tribalism are systemic problems across the globe. It doesn’t even tell me if you’re a consistent skeptic who knows how to recognize a bogus sales pitch when you see one (Raspberry ketones, anyone? Green coffee bean perhaps?). Nor does it tell me whether or not you recognize the imbalanced way men and women are treated in the workplace and in our culture in general.

Tribalism courses through everything that humans touch, and I’m not sure there’s any way around that. We are a social species, and we have evolved to derive our sense of purpose and identity from the shared stories and values of whichever community we call home. And that goes for virtual communities as well.

In the atheist community that means that sometimes people think being an atheist means you are automatically endowed with moral superiority. Let me stop you right now and say that’s absurd. I’ve seen far too much to stomach that notion.

For example, do you have any idea how many high profile speakers on the atheist circuit have developed a reputation for groping women? And no, I don’t mean in a way that they actually want. I mean against their will…without their consent.

We are a sex positive community if we are nothing else. Personally, I’m proud of that fact, because as a former Southern Baptist I am so very done with the body shame and antiquated approach to sexual relationships that I inherited. But people also use the freedom this affords to exploit others and take advantage of them. Then whenever someone complains about it, the perpetrator leverages their social status to blacklist the women who try to call them out, and a year later the aggressor is still getting invited to speak while the victims are all ostracized from the community.

If this doesn’t make your blood boil then you haven’t been paying attention.

But it’s not just about sexism. There is also a festering abscess of racism stinking up the darker corners of the online atheist community, and it’s driving away huge portions of humanity until what we’re left with is what I call an unbearable whiteness of being. And yes, I know both the sexism and racism are aspects of American life in general, and I realize this is only a microcosm of the rest of society. But my point is that we are no different from the other communities in that respect.

Celebrating rationality and science doesn’t fix the problem of people behaving badly. It just doesn’t. There are questions humans need to answer that science itself cannot answer because it is just a tool. It is not a deity. It is only an instrument of description and discovery, and like any other tool it will only be as good as the people who wield it.

Do we even know how to recognize or evaluate what makes a person a better person? Have we developed a vocabulary for labeling which traits are actually desirable for their ability to contribute to the forward progress of the human race? I’m not convinced we have. In fact, over the last few years I’ve come to suspect the atheist subculture has no idea how to recognize pettiness, incompetence, and at times even stupidity. Sometimes you can get pretty far along by just memorizing catch phrases and parroting talking points, because crowds of people will still eat that up.

As a subculture, we skeptics certainly value critical thinking and scientific curiosity. But we have NOT done a good job of demanding empathetic discourse and compassionate action from the people we put on a pedestal.

I hesitate to write like this because I’ve made my fair share of mistakes myself. I am no angel, and there are things I have said and done over the years which I wish I could take back. Some days the guilt of my own failings threatens to eat me alive.

Is that really so hard to manage? Or more to the point, will we ever get any better at it while we’re so busy congratulating ourselves for figuring out that gods are things we dreamed up ourselves?

Good for you! You saw through the myths. I’m so happy for you. Now do you have any clue how to treat your fellow human beings? Do you even care?

I intended to write about something else this morning, but I suppose I had to get this off my chest before I could move on to write about anything else. It needs to be said periodically because clearly not everyone has gotten the message.

Religion isn’t ultimately the problem. It’s not the disease, it’s merely a symptom. There are much more deeply ingrained issues that humanity has to learn to deal with, and deconstructing our own mythologies is only one part of that larger task. Lest we conclude we can rest on our laurels for figuring out the god question (to our own satisfaction, at least…we certainly haven’t effectively convinced most of the rest of the world), I’d like to submit that we have a great deal many more issues to settle before we can congratulate ourselves on reaching the zenith of our own evolution.

How about we do some work to figure out what kind of world we really want to live in, and whether or not pure rationality is the end-all-be-all of human development? I would hope we also learn to value things a bit harder to quantify in a lab, like inclusion, justice, compassion, and diversity.

And for godssake can we learn to appreciate the fact that we’re running away the most important voices in our movement through a systemic subjugation of women in our subculture? We’re shooting ourselves in the foot, here. Grow up and learn to recognize misogyny and sexism within our midst because it is slowly choking the strength out of what we are wanting to see accomplished.

Alright, enough of that. Now I can get on with my day and try to squeeze out the last few remaining moments of freedom before the work week comes crashing down upon us again. Thanks for listening. 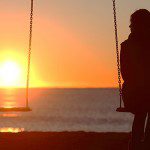 August 3, 2017
Why Losing God Hits Some of Us Harder
Next Post 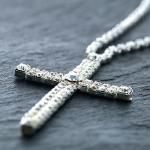