September 11 and the Birth of New Atheism

September 11 and the Birth of New Atheism September 11, 2017 Neil Carter 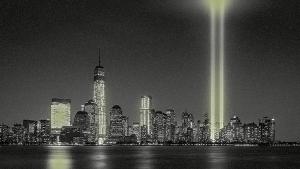 Today marks the 16th anniversary of the day a group of radicalized Islamic extremists attacked us with our own commercial airliners, hijacking multiple planes and flying them into the World Trade Center and the Pentagon, plus one more that crashed into a field in Pennsylvania thanks to a group of passengers unwilling to allow their plane to be used as a weapon to take thousands more lives.

The students I’m currently teaching wouldn’t be born for another couple of years, but those of us who were already grown and raising children of our own still remember that day as vividly as if it were only a few short weeks ago. For us, that day was a wake-up call alerting us to the reality that the nation we praised as the greatest country in the world had accumulated many enemies over the years, owing at least in part to a number of self-serving foreign policies which put our own economic and political interests over the interests of an international community still struggling to deal with the complexities of increasing globalization (and before you accuse me of victim blaming, please keep reading for the rest of the story).

That was the day many of us finally learned that large groups of people on the other side of the planet referred to us as “The Great Satan,” turning some of our own very familiar religious language against us in order to construct an enemy worthy of uniting disparate extremists groups against a common foe.

Hatred sells very well, and it goes a long way toward raising both money and moral support for pretty much any cause you choose.

Loosely allied groups scattered around the world spent a number of years training eager young men to be fighters willing to sacrifice their own lives for the sake of their own countries and their own religion, capitalizing on their innate desire to be heroes and harnessing that naive but boundless energy toward their own violent ends. They were successful beyond their wildest dreams, and American life would never be the same again.

The Birthing of a New Movement

A few short years later, a number of writers including Sam Harris, Christopher Hitchens, Richard Dawkins, and Daniel Dennett began publishing books taking more direct aim at religious thinking than English speaking readers had encountered in a very long time. Emboldened by the horrifying images of the World Trade Center towers collapsing, instantly taking the lives of thousands of people from all over the world, they along with many others began more openly calling for the end of all religion in a wave of anti-theistic sentiment which would soon be dubbed “New Atheism.”

Atheism was hardly new, mind you. It had been around for many centuries. What was new about this wave of anti-religious rhetoric was its boldness and its willingness to directly call out religious practitioners for the excesses of their faith traditions, particularly those encouraging coercive or even violent means for spreading their own dogmatic beliefs around the world. New Atheism was distinctively more political than any of its predecessors at least in part because the forms of religion to which it was responding had become increasingly radicalized and politicized as well.

Put differently, the atheism of Dawkins and Hitchens might look quite different from that of Robert Ingersoll, Bertrand Russell, or Samuel Clemens, but so do the forms of religion against which they speak. Religions are not static things. They evolve over time, adapting to the spirit of each new age, producing versions of each faith which stewards of earlier times would hardly recognize as their own.

But religion is an exceedingly diverse thing, and you cannot address its multitudinous variations with too broad a brush without painting over the many nuances that distinguish one kind from another. And people who write about religion as outsiders who have never inhabited the faith traditions against which they speak too easily mischaracterize the emotional textures of those subcultures, just as you would expect from people who were never really practitioners themselves.

I’m often reminded of the scene in The 40-Year-Old-Virgin when Steve Carrell’s character was asked to describe the feeling of a woman’s breasts, to which he replied that they felt like bags of sand. His friends just stared at him, blinking. That’s kind of what it’s like for people inside these religions when they hear outsiders describing their traditions from their detached and inexperienced points of view. They’re quite certain they’re not even talking about the same things.

Today that same lack of nuance separates “the nones” from “the dones” so that a least two different styles of addressing religion have grown up, with the former far outpacing the latter in terms of popularity and ability to produce juicy sound bites fit for getting people on FOX News worked up into a lather. Angrier versions of atheism just sell better because it agitates everyone’s fight or flight response, and for that reason it will always lead the news cycles both on the air and on the internet.

Too Broad a Brush

Here’s the thing, though. I don’t believe religion is going to die away any time soon. That’s an enticing vision for many, I know. But at this point in our evolutionary history faith isn’t just a bug in our software, it’s become a feature. There is something about human nature that clearly predisposes us to believe in things that go just beyond what we can explain.

I think if we were somehow to eradicate religion from the planet tomorrow, humans would just invent something else like it to take its place. We’re kind of doing that all the time as it is.

What’s more, we are fundamentally feeling beings, sentimental to our cores. And no matter how diligently we try to make skepticism and rationalism our mantra, even the most vehement skeptics I know have demonstrated time and time again that things like friendships and their own personal histories incline them to privilege some narratives over others, superseding their commitment to critical thinking because that’s just how human beings function. And we’re not going to be able to change that about ourselves without fundamentally changing what it means to be human.

We are tribalistic by nature, deriving our collective identities from each other even when we remain unaware of the ways we do it. Even atheism itself has become a form of tribalism which takes disbelief in gods and makes it into a kind of identity marker that separates us from everyone who still believes in deities, even to our own detriment. How many potential religious allies have we run off through making belief in gods our watershed issue for everything we do?

Are all gods created equally? I contend they are not, nor should our responses to them be one-size-fits-all.

And 16 years later, violent Islamic extremism continues to plague portions of the world, with more politically coercive forms of Christianity slowly taking over positions of legislative and executive power within the United States. Why does it seem to be getting stronger instead of weaker?

Until we ask better questions about what functions religion serves, and how and why it continues to be preserved and transmitted from generation to generation, we’re never going to make the kinds of changes we say we want to make. I’m not saying we shouldn’t call out extremisms of every kind, especially when they are violent. But knocking down straw religions does nothing to impact the fervor with which adherents cling to them. If anything, it only causes them to double down and plug up their ears since clearly we have no idea what we’re even talking about.

We need to go deeper and ask better questions. What kind of soil produces the most harmful kinds of religion? And what can be done to improve upon the cultures and environments in which the most harmful forms of religion take hold and thrive? These are the kinds of questions we need to be asking, and I would recommend asking those who formerly inhabited those traditions—whether Islamic or Christian or whatever—in order to understand more accurately what it is we are up against.

In the midst of remembering September 11th, let us also remember that we still have work to do that requires thinking much harder about how to make the world a better place, not merely a godless one. 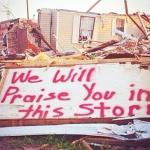 September 6, 2017
What Praising God in the Storm Reveals About Faith
Next Post 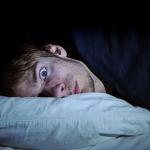 September 18, 2017 When Other People's Fear of Hell Rubs Off on You
Recent Comments
0 | Leave a Comment
"Religion tries to contain evil men by giving them rules, and a woman to own. ..."
Juniper God Is Not to Blame for ..."
"https://uploads.disquscdn.c..."
Freethinker Cutting Off Your Family in the ..."
"Good stuff Neil. This may be a bit off topic, but here goes... My observation ..."
Enlightened God Is Not to Blame for ..."
"I think some people just become so confident in themselves that they do not feel ..."
Ryan Symons Why Rhett and Link Broke Up ..."
Browse Our Archives
get the latest from
Godless in Dixie
Sign up for our newsletter
POPULAR AT PATHEOS Nonreligious
1