FAQ: Should I “Come Out” as an Atheist? 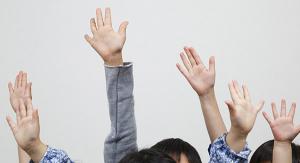 A religion editor for a national publication wrote me recently with a couple of questions for an upcoming piece, and it occurred to me that these questions recur often enough to lead me to include my responses in a post of my own for future reference. She basically had two main questions to ask, and my answers follow:

What are some lessons you’ve learned after leaving the religious tradition you were raised in? (Lessons about navigating doubt, about maintaining relationships with your family/community during that period, about finding your own spiritual path, etc.)

Navigating doubt can be extremely difficult when the tenor of your religion involves trusting what you’ve been told despite your intellectual doubts. My former subculture (evangelicalism) often talks a big talk about embracing doubt, but it’s always on the condition that you must come back around to accepting what you’ve been told even if things don’t add up. It’s seen as a virtue to set aside your doubts even when your questions aren’t being answered to your satisfaction.
More than that, really, they often guilt you for being unable to set aside your own questions. It’s seen as a moral failing if you cannot let those go, because who are you to question what you’ve been told? How arrogant must you be to think you know better than all these brilliant people through the centuries who accepted the beliefs you’re so brazenly questioning? There’s an awful lot of guilt and shame surrounding skepticism in the Christian faith. So I find it highly disingenuous when they turn around and argue that they have a healthy attitude toward doubt. That’s demonstrably false.
As for maintaining relationships, I’m afraid I feel poorly equipped to answer that question. I have tried my best to remain respectful and not rock the boat but it has not kept me from being excluded and treated differently for my lack of faith. Some of that is unavoidable, mind you. When your family’s or friends’ lives revolve around church, you can’t remain a normal part of things if you’re not involved in their spiritual practices as well. And to be clear, that’s not at all possible for me anymore. I tried for years but reached a breaking point at which I could no longer physically stomach sitting through the rituals and the sermons. In fact, I feel I owe it to myself not to sit there and listen to teachers and preachers saying unfair and unkind things about people like me. It never even occurs to them how offensive their rhetoric about non-believers really is.
I always work hard to keep religious discussions out of the picture with my family, friends, and coworkers. It doesn’t end well whenever it starts, and I’ve found it doesn’t even matter how many pains I take to be respectful and cautious about the words I choose. The very fact that they know I’m an atheist is an offense to them even if I never open my mouth because surely if I don’t believe in spirits and an afterlife, then I must look down on anyone who does, right? This taps into a deep well of insecurities for people no matter how hard I work to avoid directly challenging the things they say to me, or around me.
[Related: “Why Even Nice Atheists Are Offensive to the Faithful“]

What advice would you give to people who are just starting out on that journey?

People often ask me if they should “come out” as atheists to their religious friends and family, but I always tell them “When in doubt, don’t.” If they are greatly worried of the repercussions of letting people know where they stand, it’s likely that there are good reasons for that, and they should learn to trust their instincts. I advise people to invest whatever energy they have for this into seeking out connections with other people like them, even if it can only be done virtually, or through using an online alias to protect themselves. I didn’t do that myself (because I was outed against my will years ago) and there were consequences.
I advise people to wait until they have a stable network of social support (as well as financial independence, if they still live at home with parents) before they “come out” and risk the backlash that I’ve seen happen again and again. The sweetest, most non-judgmental people can turn passive-aggressive or even openly hostile upon learning that someone in their innermost circle no longer subscribes to their most cherished beliefs. It’s very upsetting, and more people than not respond with discriminatory behavior and emotional manipulation.
I gave a talk once entitled “Outgrowing Your Closet,” and to this day I feel that’s the best way to put it. If you are an atheist (or someone potentially on your way into that camp), I would wait until you’ve got enough support and independence under your belt to deal with whatever negative responses this disclosure could earn you. People can be really touchy about their religious beliefs, so I wouldn’t advise letting people know you don’t share them unless you’re ready to deal with whatever comes next.
[Related: “Outgrowing Your [Atheist] Closet“]
I’ve included that talk below, if you’d like to hear it. And in the meantime, what would be your answers to this editor’s questions? Any advice you’d like to share?
[Image Source: Adobe Stock]
Previous Post 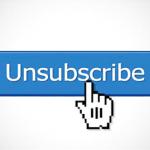 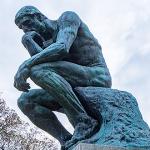 November 18, 2017 Does It Take Faith to Be an Atheist?
Recent Comments
0 | Leave a Comment
Browse Our Archives
Follow Us!

God's Own Free Will
I have written variously on this subject before but wanted to bring...

The Great American Happiness Cliff
Americans are the unhappiest we've ever been. Is it a surrender to...

Adams: Confederate Monuments Remind Us Why We're Great
J. Christian Adams made the weird argument that Confederate monuments should remain...
view all Nonreligious blogs
What Are Your Thoughts?leave a comment
Copyright 2008-2020, Patheos. All rights reserved.