Here on the last day of the calendar year, the time has come for me to reflect on the year behind us and to sum up what it was like.

You know what? It’s probably best I just don’t. It’s been a rough year. For all of us.

But I did write a few things that seemed to find traction among frequenters of Godless in Dixie, so today I stop to reflect and find out which topics seemed to garner the most interaction among the subjects we discussed in this space. As always, I’ll list the top ten posts I’ve featured on this site, mostly determined by amount of traffic, and I will also include those pieces that I feel deserve an honorable mention either because it touched a nerve among my friends on Facebook or some other social media space, or because frankly it’s a subject that is near and dear to my heart.

Maybe you didn’t see one or two of these and, if so, I feel you should at least check them out because…who knows? You might find something with which you identify on an existential level. I mean I’m sure you could alternatively be taking that personality inventory that tells you which kind of bread you would be…if you were bread. But hey, what you do in your own time is your business.

In the meantime, here are the posts on Godless in Dixie which generated the most buzz for the year 2017, which wouldn’t be complete without a mention of the other blog I maintain, Removing the Fig Leaf, both because it got its own significant traffic this year and because I intend to dust it back off and get it up and running again in 2018. If you don’t follow that blog, I’d recommend you check it out, especially if you’re a former Christian looking for help unpacking your religious baggage surrounding the topic of your own sexuality.

So without further ado, here are the top ten (and then some) posts from 2017:

1. Our Biggest Mistake. Most people who still inhabit the Christian tradition assume we left because we just didn’t do it right, or didn’t understand what it was all really about. But the reality is that most of us “got it” a little too well, and that’s precisely why we eventually found ourselves on the outside of it. This post lists 7 things we did a little too well, and that explains why we ended leaving it after all.

2. The Sociology of Belief. Skeptics like me tend to break a religion down by its theological or philosophical tenets, but the truth is that religious traditions are ultimately a part of a tribal identity, and you will not truly understand them until you understand the social elements that drive them and make them into what they are. Until you see the sociological function of religious belief, you will never really understand why the direct approach to deconstructing a religion so often meets with an instinctive pushback, getting the conversation nowhere.

3. Dear Church, You’re Weird. I attended my family’s church for Easter Sunday and, having not been there for regular Sunday morning worship in a really long time, it was an interesting experience. More than anything it struck me how odd the way church people talk about Jesus really is, and how disturbingly focused it is on the idea of a gruesomely torturous death.

4. The Dark Side of Grace. Like the post before it, this article explores the dark underbelly of the “good news” of the Christian faith which says—not to put too fine a point on it—that you are so awful that God himself had to kill himself just to get over how angry he was about it. Grace wouldn’t be “grace” if you didn’t deserve the worst of possible outcomes. That means the good news is inseparably predicated on very bad news indeed.

5. How the Bible Helped Me Become an Atheist. I learned to critique religion ironically by reading the words of Jesus, who taught us to think a little more deeply about the things we were taught to believe. Looking back, I’m amused to realize how significantly this contributed to my own exit from the faith of my childhood.

6. Shame on You for Thinking Prayer Does Anything. After writing the post at the top of this list (see Our Biggest Mistake) I encountered the customary barrage of gaslighting and blameshifting from well-meaning Christians who asserted that I should be ashamed for believing anything the Bible actually says about prayer. You see, we’re not supposed to expect that it does anything outside of our own heads. It’s only about changing the way you see things. Never about changing anything in the real world. If you allow yourself to expect prayer to DO anything, you will only be setting yourself up for disappointment. Thanks again for the reminder.

7. Can You Choose Not to Believe? People who still adhere to the Christian faith routinely express condescension regret that I must have made a deliberate choice to stop believing, thereby willfully turning away from a faith which presumably I had reason to still believe. This disregards everything I’ve ever said about the real reasons I left it, but it also reveals a couple of blind spots that I took the liberty of enumerating in this post.

8. Maybe Belief Is a Matter of Choice for Some. After offering the opinion in the post above about whether or not faith is a matter of choice, I go on to explain that there is a volitional element to faith which natural skeptics like me don’t always appreciate. In this post I delve into that idea just a bit in order to explain why this may very well be an act of the will for some.

9. Why Losing God Hits Some of Us Harder. This post is an excerpt from my contribution to an anthology of Patheos Nonreligious writers made available to the public just this past month (see the contributor breakdown here). My chapter tells what it’s like going from seeing God everywhere to finally seeing him nowhere.  If you’d like a substantive sampling of the topics you will see addressed by each of the most active bloggers on this particular blogging channel, this book is a good place to start.

10. Lies the Church Told Us About Sex. In case you didn’t know, I manage another blog besides this one, and Removing the Fig Leaf represents a labor of love that I intend to resurrect in 2018 to make sure we’ve all had a chance to get off of our chest what it’s like unpacking our religious baggage about our own sexuality. This particular post lists 25 lies we heard about sex while growing up in evangelical churches. Honorable mention also goes out to Amber Barnhill‘s viral post about marital rape, now quickly approaching a million views.

Besides the posts that were written in 2017, a handful of posts from previous years enjoyed second lives this year because they touched a nerve and just kept finding their way back into people’s newsfeeds. Here is a short list of those posts in case you haven’t read them before.

Why Do Intelligent, Well-Educated People Still Believe Nonsense? After having dinner with yet another vocal atheism enthusiast who had never himself been truly religious, I found myself needing to explain once again how relatively intelligent people can make it into adulthood still clinging to the religious beliefs into which they were indoctrinated in their youngest years. I list four of the main reasons these beliefs persist.

What Does the Bible Say About Abortion? Contrary to what most evangelicals were taught, Protestants didn’t always oppose abortion. That conviction grew out of a political movement in the late 70s and early 80s that had nothing at all to do with protecting the unborn. The Bible itself does almost nothing to discourage the practice, and at one point even prescribes it. Don’t believe me? See for yourself.

What’s Wrong with Telling an Atheist You’ll Pray for Her? In all fairness, I know that people usually mean well when they do this. But this post lists five ways in which this compulsion disregards the needs of the person they are trying to help, failing to take into consideration how what’s helpful to them isn’t always helpful to everyone else.

Seven Reasons to Stop Believing in Hell. Ever the recurring topic, this post boils down the seven most compelling reasons why I think no one should insult themselves by clinging to a belief as absurdly inhumane as a belief in perpetual torture (or even in its more emotionally palatable Hell 2.0, which essentially amounts to going into Time Out forever).

What Praising God in the Storm Reveals About Faith. Because it comes up again and again, I wrote this post to attempt to explain why crediting God for sending storms and then praising him for sparing people’s lives (or maybe just their Bibles) doesn’t really make sense. Even for those who think God only responds to storms (because maybe the devil sends them?), this doesn’t make a whole lot of sense.

What Christians Mean When They Use the Word “Atheist.” This post finally defines what the word “atheist” means to evangelicals, making it a little more clear why so many of them believe they can call themselves former atheists even though they were raised in churches that believe in the Christian God. It can’t be reposted enough, because it finally makes sense of this recurring oddity.

Next year I intend to publish not one but two books, and then to take them on the road again (as much as my work schedule will allow). Be watching this space for announcements pertaining to that dream.

Please also check out Removing the Fig Leaf if you have any interest unpacking your religious baggage surrounding the topic of sexuality. I’ll be looking for contributors to that as well. Feel free to send an email to removingthefigleaf@gmail.com and follow that blog on @nofigleaves if you are on the Twitspace.

And if you’d like to see me address any topics of interest on Godless in Dixie, or if you’re connected to a group who would like to bring in someone to give a talk, send me an email to godlessindixieblog@gmail.com and be sure to follow me @godlessindixie on Twitter to keep up with what’s going on. 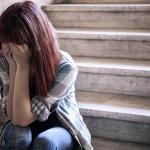 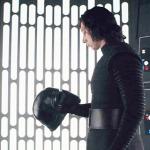 January 6, 2018 The Last Jedi and Losing Your Religion
Recent Comments
0 | Leave a Comment
Browse Our Archives
get the latest updates from
Godless in Dixie
and the Patheos
Nonreligious
Channel
POPULAR AT PATHEOS Nonreligious
1