Christmas in Dixie: Reflections and Resolutions

[Today’s post is a guest post by “Mortgage Hill Musings,” a fellow deconvert who is also “godless in Dixie.”] 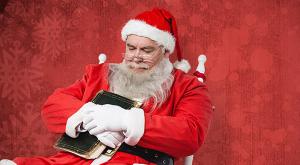 Whether I look at national politics or personal relationships, last year was a real son of a bitch. Divisiveness has become pervasive. It seems to be easier and more acceptable to hunker down with our tribes and exclude/persecute “others.” Too few of us appreciate that there is a difference between challenging unreliable ideas/beliefs and attacking a person’s character. Given this intellectual landscape, how can we achieve constructive, productive conversations with those who hold beliefs/positions at odds with our own? The question for me is – in 2018, am I going to be a Woody Guthrie or a Pete Seeger?

What Would Woody Do?

Woody Guthrie taped this reactionary message, “This Machine Kills Fascists,” to his guitar in response to WWII Germany. It’s easy for me to sympathize with Woody and want to take a fighting stance, especially living in the Bible Belt where the religious often seem unaware of the distinction between “freedom of religion” and riding roughshod over the separation of church and state.

Take for example the recent appearance of a parent dressed as Santa at a holiday celebration held in the gym at the public school where my son attends. All eyes were on Santa as he crossed the gym floor, and dozens of kindergartners watched and listened as he took his seat in a big rocking chair. After going through the usual jovial pleasantries, Santa’s talk took a serious turn as he admonished students not to forget, “The real reason for the season – the birth of our Lord and Savior, Jesus Christ.” From my place in the bleachers, I scanned my fellow parents — none appeared troubled in the slightest at Santa’s proselytizing.

What would Woody do? He might appeal to the American Civil Liberties Union (ACLU) or the Freedom from Religion Foundation (FFRF) to take up the fight against such religious overreach into public education. While these are valid forms of political opposition, even if successful, what would be the likely result? Santa and his ilk – those who feel that such religious displays are acceptable – would hunker down and claim persecution. Without minds being changed, beliefs and actions would remain the same and a similar “proselytizing in public schools” problem would manifest in some future form or fashion.

So how to effect change in beliefs? In 2017, I became much more interested in and better-versed in Street Epistemology (SE). Street Epistemology is a conversational technique, based in Socratic dialogue, which seeks to better establish the relationship between one’s beliefs and the methods one uses to establish the truth of these beliefs. The method utilizes tenacious questioning and, in the process, emphasizes critical thinking skills as a way of coming to know true things.

As I sat in the bleachers listening to Santa, the following litany of SE questions immediately came to mind. Did Santa really mean what he just said to this group of five and six year-olds? Where should their pre-Christmas priorities lie? Shouldn’t they be focused on the presents coming their way? Shouldn’t Christmas mean a nice long break (18 days according to my 5 year-old’s count) away from school and with their new toys and games? Should a 2,000 year-old myth really be foremost in a five year-old’s mind?

Santa thinks so, or at least so he said. Why not, then, cut out the middle man? Why muddy the message by putting on the Santa suit in the first place? If Jesus’ birth really is the reason for the season, why didn’t Santa just sport some sandals, a bathrobe and apply some “Just for Men” beard color? Among the possible explanations is that Santa was aware that he was making his pitch in a state-sponsored, taxpayer-funded institution.

But if separation of church and state were really foremost in his mind, then he would have cut out the religious appeal entirely. So how could Santa be so confident and comfortable in his assertion about the “real” reason for the season? Living in the Bible Belt, this Southern Santa has been conditioned to expect social acceptance of such assertions. Not only does he expect acceptance, he has also been conditioned to expect no resistance to such statements.

Is there a way to shake up this cultural inertia? Is there a more effective path for political engagement?

Pete Seeger, just as much a political activist as Woody Guthrie if not more so, charted a slightly different course. Seeger would thoughtfully modify Woody’s message in his own civil-rights activism by later inscribing, “This Machine Surrounds Hate and Forces It to Surrender,” around the rim of his banjo. The Street Epistemologist seeks this more peaceful course – respectfully challenging beliefs, valuing truth and enabling an honest relationship with reality — all the while acknowledging that there are people who will stubbornly cling to beliefs and may never change. The challenge for activists today is to peacefully change the culture to make those unreliable ideas less impactful.

Now that I’ve learned the rudiments of Street Epistemology, I resolve to put them into practice more in 2018. That said, I’m far from a perfect practitioner – I’m maybe somewhere between Woody Guthrie and Pete Seeger in temperament. But I’m optimistic that I’ll be able to improve my interactions with believers this year. Like Jason Isbell sings in the song, “Hope the High Road,” from his 2017 album, The Nashville Sound:

Taking the high road, for me, entails “less projection, more affection.” What this means is that I will make a concerted effort, especially in cases where I encounter someone who appears to be completely unmoved by reason or evidence, to not assume that the person is being insincere, deliberately stubborn or dishonest with me or with him/herself. In all my interactions, my goal is to model respect, restraint, reason, honest inquisitiveness and empathy.

I seek to surround unreliable methods for interacting with reality with more reliable methods and enable others to employ critical thinking skills in making up their own minds on the Big Questions and the small ones. And as an amateur singer-songwriter, maybe by this time next year I will have penned a few tunes about my Street Epistemology experiences. I might even make my own sticker for my guitar that reads, “This Machine Surrounds Certainty and Forces It to Think Again.”

Mortgage Hill Musings makes a living teaching science concepts. When he doesn’t have an answer or a sufficient explanation, he is happy to admit his ignorance. His hope is that, through the practice of Street Epistemology, others will come to enjoy the freedom that such honesty provides. Check out more of his content on his YouTube channel here. 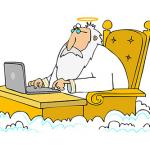 January 9, 2018
How Hell Became the Opposite of What It Was Meant to Be
Next Post 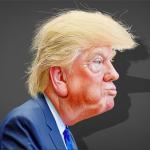 January 31, 2018 The Real Reason Trump Was Elected
Recent Comments
0 | Leave a Comment
Browse Our Archives
get the latest from
Godless in Dixie
Sign up for our newsletter
POPULAR AT PATHEOS Nonreligious
1