On Killing Your Heroes 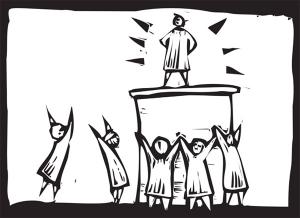 I remember when I first left my Christian faith and became an atheist. It was a somewhat galvanizing process, a free-falling as it were, into a new and uncharted world. It had all the risks and fears of moving to a new country, and all the tumult and excitement of joining a new community.

I was in the process of watching every YouTube video Christopher Hitchens was in, and reading all the atheist literature I could fit into my curious hands. I was convinced that these leaders and grand anti-priests of the atheist world—from people like Douglas Adams and Salman Rushdie, to Sam Harris and Richard Dawkins—would never demonstrate the hypocrisy I saw in my previous life as a youth pastor. I admit, I was rather naive and often wondered if I was recycling my earlier willingness to pledge allegiance and simply placing it onto a new group of people. But even then, I rested assured that they would at least not be as bad as the Franklin Grahams and the Ravi Zachariases.

It turned out in time that I would have to smash my idols again.

In my studies of religion—specifically in relation to The Enlightenment that grandparented the modern atheism of which I was now a part—I remember learning the phrase homo religiosus (lit. the “religious human”). This phrase was not only used to explain the apparent universality of religious beliefs, but was often employed rhetorically as a way to juxtapose a “rational” individual from a “primitive” or “religious” one.

I also remember how many Christians and other religious persons would refer to atheism as “just another religion,” and they would indict atheists with the damning moniker of being “religious.” I was always quick to retort: “We are atheists, of course we are not religious!” I would regurgitate Bill Maher’s clever quip that “Atheism is a religion like abstinence is a sex position.” But what exactly did they all mean by “religion” or “religious?”

Think of the myriad of examples whereby humans have willingly subjugated, or were forcefully enslaved to, their idols. How many political leaders—from the Pharaohs to the European despots of the 20th Century, to Mao Zedong and Kim Jong Il—have been venerated as super-human? Think about all the religious leaders who have made claims of their superior holiness and lofty divinity. And even worse, consider the millions of humans who have given their lives and minds to these Orwellian shadows.

If being “religious” leads people to elevate their celebrities to undue heights, to create cults of personality, and to whitewash the vices of those they hold important, then it appears all humans are in some ways homo religiosus.

It’s only natural to create heroes. It happens almost unconsciously. Perhaps it’s a remnant of childhood psychology, whereby our parental figures held an almost god-like status. Maybe it’s a way to organize our experiences and provide them with a focal-point in the figure of another person. Or it could be that we just enjoy aggrandizing others and creating celebrities.

Joseph Campbell’s book The Hero With A Thousand Faces reminded me that no matter where we look throughout the world, we find heroes of our own making. We seem strongly predisposed to value heroes and gods and dynasties. Have you seen the latest Thor movie? It’s quite entertaining. Perhaps sheer entertainment is another reason we construct so many heroes.

Whatever our reasons are, in my mind a heavy dose of iconoclasm is the tool we need—iconoclasm not merely of images and objects but of the biased ideas we have of the people we admire. This kind of revolutionary tool has helped me see the elements of misogyny, Islamophobia, pretension, and bigotry in those atheists I once admired. It has helped me learn a healthy detachment and an ability to see them as all-too-human.

This doesn’t make all of what people like Mr. Hitchens said incorrect or malicious, mind you. Like the rest of us, he was an amalgamation of good and bad views (and personality traits). None of this invalidates the need for the tribunals we must face for holding to incorrect or ethically vacuous beliefs. It’s simply a recognition of the responsibility we share to judge the characteristics and beliefs of another as an ongoing enterprise.

I love the saying: “I have as much power as the Pope, I just don’t have as many people who believe it.” The same goes for Gandhi, Mother Teresa, religious and political leaders, celebrities, and yes, even those in various atheist and humanist movements whom we admire. We can be liberated by smashing our idols and seeing of what they are truly composed. We should work to free ourselves by recognizing both the bad and good in those we emulate.

We can judge false and hazardous beliefs for what they are, even while loving those who hold them. We can have the sophistication to recognize gradations of both vice and virtue in the leaders we celebrate. We can learn not to hero-worship, idolize, or have undue reverence towards our fellow mammals. We can recognize merit and give respect where it is due without ascribing perfection to the ones we admire.

It shouldn’t be too much to ask that we learn to counteract our natural desires in constructing idols, be they leaders, gods, heroes, or even just beliefs. We simply must add a healthy anarchism and iconoclasm to our arsenal in a world saturated with the unhealthy instinct to self-subjugate.

The surrender of decision, the unquestioning submission to leadership, the prostration of the average man before the Great Man — these are the diseases of heroism, and they are fatal to human dignity. History amply shows that it is possible to have heroes without turning them into gods. 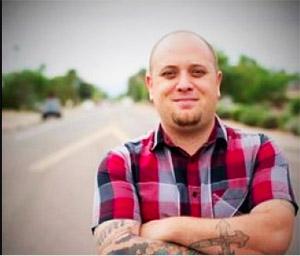 Kile Jones is an atheist and interfaith activist/bridge-builder. A former Christian youth pastor, Mr. Jones is the founder of “Interview an Atheist at Church Day,” Claremont Journal of Religion, and co-founder of “Ahmadis and Atheists for Freedom of Conscience.” 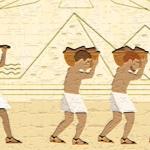 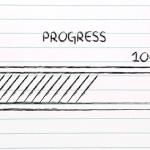