If You Could Change One Thing about Atheism…

If You Could Change One Thing about Atheism… February 24, 2018 Neil Carter

A Christian friend taking a religion class wrote me and asked a question that I’d like to open up to more people to answer. I’ll include what I told her here, but I’d be interested to hear what others think. She wrote me:

I’ve been reading through The Portable Atheist by Christopher Hitchens… and I’m getting ready to write my term paper on what I’ve read. The main thing I have noticed about the things I’ve read from atheist POVs is that they’re mostly negative…standing in opposition to something as opposed to being for something. I guess what I’m wondering is, having been both a Xian and an atheist, what if anything would you change about how atheism functions?

The hardest part about answering this question is determining first which atheism we’re even talking about. It’s not as if there is one monolithic thing that we can declare “official atheism,” just as I often say that there isn’t one monolithic entity called “Christianity” no matter what the Christians themselves believe.

I’m not even certain that what we need most are changes to “atheism” as a social phenomenon or an ideology. But for the sake of what she is asking, I can still give my own feelings about what the critics of religion like me can be doing better. What follows is my answer.

What Does “Atheism” Need?

Well, first I’ll have to offer that I agree with your assessment, namely that atheism as a focus and “New Atheism” as a movement is mostly a reaction against something. It’s negative at its core: It’s about what we don’t believe. 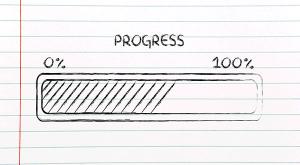 But beyond the god question there is still the human question: How can we make the most out of this life, assuming it’s the only one we get? Or even leaving out the question of the number of lives we get…what is the best way to live this life that we all can agree we share? How can we structure life so that it benefits the most people possible?

This is humanism, which goes way beyond the question of “Are gods real things?” People like Hitchens may or may not have been humanists in their beliefs, but he didn’t go super far into fleshing that out. There are others who do that. But Hitchens, Dawkins, and some of the others seem to stop with the god question, which keeps them mostly a reaction against something.

So to answer the question about what I would change, my first response is to suggest we could do a better job of embracing intersectionality. Atheism as a subject abstracted from all else in life seems pretty useless to me. I mean, if I believe that faith opens a door for social and psychological mistreatment of people, for example, then it’s not enough to simply tell everyone their beliefs are wrong. They need to be replaced with something else.

In other words, what are our replacement values? If we don’t see faith as a virtue, then what DO we value? We could do a better job of highlighting those virtues. We could celebrate critical thinking skills, curiosity, solidarity with the rest of the animal kingdom and with the planet in general. We could highlight our commitment to equality between men and women, and between hetero couples and LGBT, etc. We value these because they are instinctual and we no longer are bound by religious indoctrination telling us to be against them (because that was our experience even if it wasn’t yours), but we should be doing more things to actively make those values a part of our real experience. Which means moving beyond just talking about whether not there are gods, an afterlife, etc.

One other thing I would like to see FAR more of: More ex-Christians writing to validate the struggles of people who are still in their respective religious traditions, unable to get out because of social repercussions. Not to mention ex-Christians would probably do a better job of not misrepresenting the religions they left, unlike the way people like Dawkins and Hitchens caricature religion, highlighting only the worst elements they can find. I’m not sure how much that really helps anybody.

Related: “The Nones vs. the Dones“

When I was struggling with my faith, people like them were of no help to me at all. I hated their rhetoric…it was angry and dismissive…derogatory and disrespectful. We could do a much better job of 1) being more charitable in our reading of the faith, and 2) being more precise in our criticisms. It doesn’t help anybody to paint with an overly broad brush, but that’s the most you can expect from an outsider who was never inside the faith. The atheism subculture needs more people like my friends who were once insiders and who therefore will do a better job of not misrepresenting the beliefs they are trying to address.

I would also like to see A LOT more open dialogue between post-Christians and, say, ministers. More in-church interviews or podcasts with conversations between people from both sides of this divide. I’d love to see more movies and short stories and novels that explore these tensions in ways that do a better job of validating a variety of places on the spectrum of belief because people will find themselves all over it, and need to feel validated where they are before they can think seriously about taking another step in the direction they are headed.

So what about you? Anything you would add to the list of things you’d like to see changed?

And yes, I see you, friends who think intersectionality is a bad word. I know you disagree and feel there’s already too much being said by atheist writers and bloggers about things other than atheism. You feel that somehow we are supposed to spend the rest of our lives just talking about how there are no gods and aren’t people who believe in them just stupid and silly? You’re already frustrated seeing how many of us feel it’s a good use of our time talking about things other than atheism abstracted from every other aspect of what it means to be human, and to be a part of a larger society.

If you really dislike what we are writing about that much, you can always restrict your reading to those writers who have nothing else to talk about. Knock yourself out. I’m going to keep asking bigger questions about what’s next.

Okay, so there are no gods. Great. Glad we got that figured out. Now what? 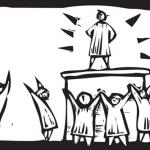 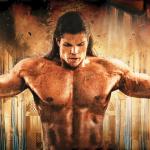 February 25, 2018 Samson: An Evangelical Hero in the Era of Trump
Recent Comments
0 | Leave a Comment
"https://uploads.disquscdn.c..."
Freethinker Cutting Off Your Family in the ..."
"Good stuff Neil. This may be a bit off topic, but here goes... My observation ..."
Enlightened God Is Not to Blame for ..."
"I think some people just become so confident in themselves that they do not feel ..."
Ryan Symons Why Rhett and Link Broke Up ..."
"I went through Keflavik airport last year, and I concur about it. It has a ..."
Ubi Dubium God Is Not to Blame for ..."
Browse Our Archives
get the latest from
Godless in Dixie
Sign up for our newsletter
POPULAR AT PATHEOS Nonreligious
1