A week ago, Forbes published an opinion piece by Chris Ladd, a lifelong Republican who ditched his own party in 2016, but then they took the article down because the editors felt the subject matter was too controversial for their audience. The article was spot on, in my opinion, and Ladd put his finger on something I’ve never read anyone express so succinctly.

At the end of my most recent post about the passing of Billy Graham I argued that today’s evangelical theology was significantly influenced by a political party desperate to survive into the next generation by cobbling together a unified base of voters in the Deep South no matter what it took. In a kind of reverse Faustian bargain, the GOP sold their collective soul to Jesus in exchange for another 40 years of existence.

Baptists changed their view on abortion (something the Bible never condemns but actually prescribes in at least one place) to match that of the Catholic Church only after the Supreme Court ruled that fundamentalist Christian schools couldn’t discriminate on the basis of race. Suddenly Baptists and Catholics began holding hands and moving as a unit, and thus was born the Religious Right.

[Read: “What Does the Bible Say About Abortion?“]

But after reading Ladd’s article I realized I didn’t go far back enough. If you truly want to understand all the cultural and economic influences that have shaped the evangelical mind of today, you have to go all the way back to the Civil War.

Ladd states his thesis at the outset:

“Modern, white evangelicalism emerged from the interplay between race and religion in the slave states. What today we call ‘evangelical Christianity,’ is the product of centuries of conditioning, in which religious practices were adapted to nurture a slave economy. The calloused insensitivity of modern white evangelicals was shaped by the economic and cultural priorities that forged their theology over centuries.”

He then proceeds to back it up with a concise thumbnail sketch of how things got to be the way they are. He begins by pointing out that the largest evangelical denomination, Southern Baptists, formed in 1845 during a split over slavery. From that point forward, social and economic pressures dictated how white Christian churches in the South read the Bible, leaving them with a selective biblical memory so curiously inverted it makes you wonder if you’ve stepped into a Bizarro world where up is down and wrong is right.

Ladd gets right to the point:

If all you knew about Christianity came from a close reading of the New Testament, you’d expect that Christians would be hostile to wealth, emphatic in protection of justice, sympathetic to the point of personal pain toward the sick, persecuted and the migrant, and almost socialist in their economic practices. None of these consistent Christian themes served the interests of slave owners, so pastors could either abandon them, obscure them, or flee.

Jesus clearly belongs to that dissenting prophetic tradition within Judaism which calls out the rich and the powerful, demanding that they share their bounty with the less fortunate. But this central theme to his ministry is all but erased by the way that evangelicals read their Bibles today.

And now you know why: Any teachings of Jesus which favor the poor, the immigrant, the widow, and the marginalized were systematically expunged from the Southern white Protestant hermeneutic until they were left with a Savior who only cares about what happens to you after you die.

I’m embarrassed by how long it took me to grasp this, knowing that privilege blindness has a lot to do with it.

In the decade of searching that ultimately led to my deconversion, I gravitated toward George Marsden‘s more theological explanation for how evangelicals got to be the way they are. I read his book Fundamentalism and American Culture and came away with a profound appreciation for how John Darby‘s Dispensationalist theology took rural America by storm in the days following the Civil War, thanks in no small part to the popularity of C.I. Scofield‘s annotated Bible and to the winsome preaching of D.L. Moody, himself a disciple of Scofield’s dispensationalism.

Dispensational theology undergirded the preaching Billy Graham, charged as it was with the expectation that Jesus could return at any second to gather his people “from the four corners of the earth” (surely you can imagine how appealing that would be to people living in the tumultuous days of the Civil War). It also provided the apocalyptic framework of Hal Lindsey‘s Late, Great Planet Earth and Tim LaHaye‘s Left Behind series preserved for us in the critically panned and only barely profitable film franchise by the same name, starring Kirk Cameron and then later Nicholas Cage (need I say more?).

[Related: “When All Good Sense Gets Left Behind.”]

In a nutshell, apocalyptic worldviews like Dispensationalism teach that in the end God is just going to torch the world and start over again, so there’s no point in trying to change the way the world works today. Are you troubled by the lack of financial and political equality in the world today? Fret not, dear ones, God is going to make all things new when the time is right. He’s going to wipe the slate clean and start over again from scratch.

You need not worry your pretty little heads about the responsibility of the church (or the government) in any of the world’s social ills. One doesn’t polish brass on a sinking ship, as J. Vernon McGee famously said, himself a graduate of the same Dispensational theological seminary that produced Dallas pastor Robert Jeffress (quoted in the first paragraph of Ladd’s article) as well as many other notable evangelicals including Andy Stanley, Charles Swindoll, David Jeremiah, Tony Evans, and of course Hal Lindsey.

It’s easy to see how such a pessimistic view of current events could excuse an apathetic posture toward injustice even among a people claiming to follow a man who valued the poor and the weak over the rich and the strong. But Ladd is right—the roots of this incongruity don’t trace back only to the Civil Rights Movement or the Scopes Monkey Trial but to the Civil War itself. The seeds of this way of thinking were sown into the very roots of this entire theological tradition from its beginning.

Slave owners couldn’t be bothered to care about the rights of their property. For that reason, white evangelicals today still cannot be made to care about the plight of the poor and the marginalized around them. In fact, they cannot even see their plight, for the interpretive lens through which they see the world systematically eliminates their concerns from view.

Theological systems of belief evolve in the same way that living organisms do: mutations and variations which advantageously adapt them to their cultural environment help them fare better than their less congruous counterparts. Ultimately those belief systems that don’t fit the “spirit of the age” are discarded for systems which better suit the climate, and for the Deep South in the late 19th Century that meant churches were in the market for a theology which absolved them of any social responsibility (for reasons that should be obvious).

That’s why Dispensationalism caught on the way that it did with its carelessness toward social justice. It wasn’t just the brilliance of Scofield in publishing a Bible with study notes popularizing Darby’s pessimistic outlook toward the world, nor the industriousness of Moody in inventing a new way to educate ministers without subjecting them to a legitimate course of formal study from an accredited college or seminary (Moody helped pioneer the concept of the Bible college, which doesn’t require an undergraduate degree for admission).

Christianity in the American South became obsessed with Jesus coming back at any second because it enabled them to disregard the inequities woven into their cultural DNA. That’s why today white evangelicals are still so tone deaf to the persistent social problems of American life, and it helps to explain why they care so very little about the character of one Donald Trump.

All of Trump’s flaws are endemic to the privileged, wealthy white male, and since evangelical theology was built around the economic and social interests of just such a person, they are powerless to see or speak to those weaknesses. It’s as if they don’t even see them at all.

Reflecting back on evangelicalism’s track record during the Civil Rights Movement, Ladd’s says this:

White Evangelical Christians opposed desegregation tooth and nail. Where pressed, they made cheap, cosmetic compromises, like Billy Graham’s concession to allow black worshipers at his crusades. Graham never made any difficult statements on race, never appeared on stage with his “black friend” Martin Luther King after 1957, and he never marched with King. When King delivered his “I Have a Dream Speech,” Graham responded with this passive-aggressive gem of Southern theology, “Only when Christ comes again will the little white children of Alabama walk hand in hand with little black children.” For white Southern evangelicals, justice and compassion belong only to the dead. [emphasis mine]

I couldn’t have said it better myself. Frankly, the entire article packs in so many quotable lines you really should just go read it for yourself on the site that Ladd runs.

After reading it, I found myself shaking my head at my own inability to see it clearly before. Evangelicals today cannot even see how unlike Jesus they have become because all his displays of a social conscience have been systematically neutralized through the interpretive lens through which they see him. And that lens was made for them a long, long time ago. They cannot even see what needs to be changed. 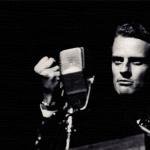 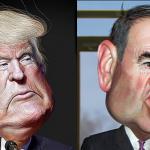 March 20, 2018 When Bullies Think They're Victims
Recent Comments
0 | Leave a Comment
"Presuppositional arguments are the epitome of the logical fallacy called petitio principi ("asking for the ..."
Michael Neville The Problem of Evil In The ..."
"Nobody, and this includes theists, knows how the universe was created. There is no evidence ..."
Michael Neville The Problem of Evil In The ..."
"One of the things I discovered right away when I told Christian friends/family about my ..."
ToTo4 Straw Skepticism and The Reason for ..."
"Reminds me of when I first realized presup was little more than, "I know you ..."
Zaqqum The Problem of Evil In The ..."
Browse Our Archives
get the latest from
Godless in Dixie
Sign up for our newsletter
POPULAR AT PATHEOS Nonreligious
1