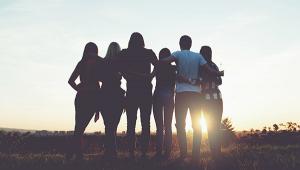 Would you like to be a part of a closed, private Facebook group of skeptics and skeptic-supportive people?

People regularly suggest that there should be a Godless in Dixie support group, and I’ve always responded that the settings on my personal Facebook wall are configured to provide that kind of environment by default. But the truth is that this isn’t enough for a large number of people who reach out to me or who frequent my social media spaces.

People who leave their faith (or whose faith leaves them) can face steep penalties in their social and professional lives. Religious traditions draw their strength from the communities which perpetuate them, so it falls to those same communities to maintain the in-group/out-group distinctions. Consequently, people can get judgey super fast. Sometimes they’re downright brutal.

People who are unpacking their religious baggage need help. They need a support group, a community in which they feel safe enough to let down their guard and feel free to ask questions without being punished for asking them. There can be a lot of raw emotions, and people need a place where they can vent those feelings and find a receptive group who can identify with those feelings and, ultimately, outgrow them.

Leaving your religion is just the beginning. There’s so much more to life than that. But it’s hard to move on to whatever is next without thoroughly dealing with the deconstruction process along the way. That’s where a private (read: hidden) Facebook group would really come in handy.

I will be moderating this group myself along with a handful of people I trust to be sensitive to the needs of those who would join such a group. The privacy of the members will be the top priority, along with maintaining an atmosphere of mutual respect. The group will be hidden from the general public so that nosy co-workers and unsympatheitc “friends” and family won’t even see that you are in it, nor will posts or comments be visible to anyone who is not in the group. Membership and interaction are completely invisible to everyone else.

If you’d like to be a part of a group like this, there are several ways you can let me know. You could email me at godlessindixieblog (note the word “blog” at the end of the handle) at gmail dot com, or else you could send a private message via Facebook to the Godless in Dixie page. Alternatively, you could just send a friend request to my personal account here and I will make sure you get added to the group.

I’ll be admitting people on my own discretion so that I can make sure the group is comprised only of people who belong there.

If you’re interested, hit me up. And if you have any other questions, feel free to ask them in the comments below. 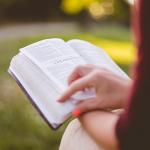 August 12, 2018
How Faith Taught Me to Distrust the Rest of the World
Next Post 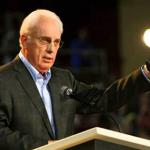 September 5, 2018 Evangelical Leaders Want Nothing to Do with Social Justice
Recent Comments
0 | Leave a Comment
"As someone who lives in a city that apparently already burned to the ground, I ..."
Hunk Trump Laid Bare the Gullibility of ..."
"Yeah, one notable point in fetal development is when the neocortex part of our brain ..."
Ben Winchester Episode 17: What Does the Bible ..."
"Nah, they can keep their base whipped up with the fear that liberals will re-legalize ..."
Ben Winchester Episode 17: What Does the Bible ..."
"instead of committing to one church like you are supposed toNo, not "to one church", ..."
gnaddrig Baptists in Denial: Millions Who Left ..."
Browse Our Archives
get the latest from
Godless in Dixie
Sign up for our newsletter
POPULAR AT PATHEOS Nonreligious
1