What the Great Pumpkin Teaches Us About Faith

What the Great Pumpkin Teaches Us About Faith October 31, 2018 Neil Carter 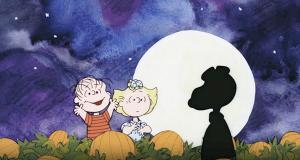 Like every year before, last night my girls and I dusted off our copy of It’s the Great Pumpkin, Charlie Brown to watch while we carved our own pumpkin to greet trick-or-treaters in our neighborhood. I love watching how my daughters’ faces squinch up as they grope around inside the gutted gourd, extracting seeds and goop to make room for the little candle we’ll put inside.

I also enjoy watching Linus van Pelt perennially gushing about The Great Pumpkin, a fictitious being in whom apparently no one else believes except Linus. I’m not even sure who started the myth, but Linus is adamant about the Pumpkin’s existence no matter how scant the evidence to support his belief, nor how many years come and go without any presents appearing at all. Someone he trusted must have put him on the idea years ago, and now there’s no going back. He’s completely committed at this point no matter what the haters say.

What makes this little melodrama so instructive is the way that Linus has built up around his belief system a protective fortress made up entirely of excuses for why the Great Pumpkin never shows. Ultimately his thought processes tell us a lot about how we ourselves process our religious beliefs.

Why Linus’s Faith Can Never Die

First of all, Linus has completely internalized the responsibility for excusing the Great Pumpkin’s failures to appear.

It doesn’t matter that year after year Linus comes to this pumpkin patch to see him but never does. There is always a good excuse, and more often than not it’s the fault of the observer himself. This of course is the most effective way to keep the believer from deconstructing the belief: he’s too busy processing his own guilt to think clearly.

It’s the same way with real religions, in case you didn’t know. In the faith in which I was raised, any failure of God to keep his promises always boiled down to me doing something wrong: I didn’t believe hard enough, or I harbored nagging doubts, or maybe I had some unconfessed sin in my life, or maybe God just didn’t feel like doing it because the timing wasn’t right. The excuse itself wasn’t important, what mattered most was that all responsibility for the failure of the promise had to be taken off of God and placed onto anyone and anything else. The Object of worship must be absolved from the matter.

As long as Linus always blames himself, the Great Pumpkin can never be at fault.

Second, conditions for the Great Pumpkin’s appearance are so exacting that he need never appear at all to confirm Linus’s belief.

Everything has to be perfect (including Linus) and if he even blinks, he may miss him. Linus has so constructed his own belief system that no real confirmation is ever needed for it to survive. His belief is immune to falsification. No matter what the apparent contradiction, there is some excuse for why the Great Pumpkin doesn’t appear (see number one above). That means Linus never has to see him at all—no presents ever have to come, and no one else ever has to corroborate his existence.

The belief is impervious to disconfirmation. This, too, feels familiar.

I was told to ask God to make certain things happen, but they never did happen at any rate greater than they would have if I had never asked him to do it. This went on for decades. And I don’t mean I asked for money or fame or an easier life. I asked for things the Bible told me to ask for, and when they didn’t happen I was told I was bad for expecting anything in the first place. Suddenly it was my fault, and I should be ashamed.

If that doesn’t set off a red flag in your head, then you’re not really trying very hard.

Some things I was told may not finally come to pass until after I die. Which being translated means: Don’t expect anything to confirm this. Your belief must be its own confirmation.

Finally, Linus’s unshakable faith caused him to see exactly what he wanted to see.

When Snoopy’s shadowy silhouette slowly rose out of the pumpkin patch, Linus was so convinced he was finally seeing the Great Pumpkin that he fainted. When he regained consciousness, he sincerely believed he had missed his chance. If Sally hadn’t have told him it wasn’t the Great Pumpkin, Linus would have gone to his grave believing that he really did “see” him once.

If a beagle could pass for a pumpkin, then anything could. And that’s the point: When a person wants to believe something badly enough, he will find a way to confirm his belief no matter how difficult the mental gymnastics to make it seem true. Reality is no match for the determined believer.

And that’s what makes Linus the perfect candidate for any religion. He’s a true believer, and no amount of disconfirmation could change his mind. He himself has already assumed all responsibility for both sides of the deal. It’s like a dysfunctional relationship in which one person keeps so busy covering both ends of the arrangement that the other side need never actually do a thing.

If that isn’t a perfect illustration of how faith works, then I don’t know what is. 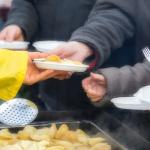 October 18, 2018
What the Church Is Doing Right
Next Post 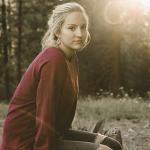 November 4, 2018 Husband to Wife: Without Jesus You're Unlovable
Recent Comments
0 | Leave a Comment
Browse Our Archives
get the latest from
Godless in Dixie
Sign up for our newsletter
POPULAR AT PATHEOS Nonreligious
1