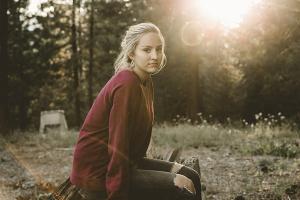 I interact almost daily with friends who no longer buy the Christian story but whose families still do, and you wouldn’t believe the things they hear about themselves from their loved ones. Or maybe you would. If you’ve ever been the only skeptic in a sea of devout believers, it’s quite possible that nothing will surprise you.

One friend who kept her atheism from her evangelical Christian husband for years finally told him the truth just a few weeks ago, and the overt manipulation has only just begun. Consider for a moment just one of the things he said to her in the last couple of weeks:

“Never tell anyone what you’ve shared with me. You’ll break your family’s heart, especially your mom. I know you’ll break my mom’s heart. Everything they love about you will be gone.”

Ouch. That’s harsh. But sadly, what makes that last statement all the worse is that he’s only saying out loud what everyone else around him will feel when they finally learn the truth. They just have enough emotional intelligence to know they shouldn’t say it directly to her face, but not enough to see how horrible a sentiment this is in the first place.

[Want no ads or redirects? Click here for a PDF of this article]

Unpacking What He Said

The alert listener will learn at least four things from what this husband told his wife:

First, it’s obvious this man has been led to believe he can dictate what his wife talks about and what she doesn’t talk about…even to her own family. Does that sound overly patriarchal to you? Well, guess what? Evangelical Christianity has been peddling a sugar-coated version of that for centuries (only the sugar coating is a recent adaptation). They call it Complementarianism but I call it Patriarchy Lite.

The patriarchal flavor of the Bible may partially explain her husband’s lack of tact, but I can tell you from personal experience that this sense of entitlement isn’t reserved just for husbands. Wives, too, feel entitled to tell their apostate husbands exactly with whom they can share about their loss of faith, if anyone at all.

I distinctly recall once being given a very short list of three Christian men with whom I was allowed to speak about my atheism. I did as I was told, and kept it to myself and to those three men for quite a few months. But there comes a point at which a person feels imprisoned, a stranger in his or her own life, and some kind of connection with likeminded people becomes an utter necessity. Which leads me to the next observation about this husband’s statement…

Second, doubt is bad enough to keep to yourself, but it’s far worse to share it with anyone else. And outright atheism is positively scandalous and must not be publicized under any circumstances.

As Greta Christina has pointed out before, religion relies on social consent to perpetuate itself. And publicly confessing your disbelief deprives a religion of that needed consent. Faith is a fragile thing, therefore it is crucial that the membership roll never be reduced even by one person, most of all someone with leadership responsibilities.

Evangelical Christianity in particular is allergic to doubt, which means there really isn’t any way to tell one of them that you’re an atheist without automatically offending them. Their version of the faith cannot countenance unbelief, and ultimately those who harbor it will be treated like a foreign object.

Read: “Why Even Nice Atheists Are Offensive to the Faithful“

Third, losing your faith will be taken as a personal insult against anyone who still believes. It’s not just discouraging, it’s felt as a direct slight toward the people who raised you. You may think it’s between you and God, or between you and your previous way of thinking about the world, but you’d be wrong.

Religious beliefs are social constructs, which means that leaving them behind amounts to rejecting the people who were doing the constructing for you. That’s why they take it so personally—because it really is about them. They may not realize it. They probably believe it is God whom you are offending, but their emotional response makes it clear that it is they themselves who are ultimately the victims of your apostasy (this video explains exactly what I’m talking about).

Atheists like to say that blasphemy is a victimless crime, but they’re wrong. Because religions are social constructs, disagreeing with them will be felt as a personal insult to the people perpetuating them. You might as well go ahead and accept that, because ignoring it won’t make it go away.

Now for the harshest statement of them all…

Fourth, he just reminded his wife that he believes without Jesus she is useless. He told her that literally the only “redeeming” about her was her faith.

“Everything they love about you will be gone.”

First of all, this guy is a douchebag. I’m just going to go ahead and admit that right now. But I’d like to make a point about that later, at the end. Not only is this a stupid and mean thing to say to your wife, but it’s not even true. I don’t care how shallow her family is, I’m willing to bet there are way more things about her that they love and cherish besides her membership in their club.

She is a devoted mother, a caring and generous sibling, and a bright, creative, and talented woman. She’s also their daughter, and I’m not willing to concede that she would cease to be so simply because she no longer believes what she was programmed from birth to believe.

The Worst Part of All

Her husband is making an overstatement because he is panicking. He knows he doesn’t have anything truly substantive to say in order to address her doubts, so he’s resorting to shame and fear in order to keep her in her box. Among evangelicals, this is a common first reaction to a loved one’s apostasy.

But it could last for years, thanks to the fact that it’s predicated upon something that evangelicals actually do believe:

At bottom, the “good news” of Christianity is that you are so very bad in and of yourself that God had to kill himself just to get over how much you hurt his feelings.

I guess what makes it good news is that he was willing to do it for you. But that good news is predicated on the very bad news that this is the way this faith views you—as a tragic waste of a soul whose only real value is derivative. Your true value comes from someone other than yourself.

Related: “The Dark Side of Grace“

I’ll never forget being told by our marriage therapist, a Baptist minister whose counseling degree came from a seminary, that contrary to my protestations the Christian message is a highly positive one that instills people with a healthy sense of self-esteem. To be clear, he’s talking about a faith that teaches I deserve to be brought back to life after I die just so that I can be tortured forever. And whether his version of Hell is the original Lake of Fire into which you are forcefully thrown or Hell 2.0 which amounts to putting yourself into “Time Out” forever, the one unchanging fundamental is that I deserve whatever the consequences are.

There just isn’t any way to keep that message from being ultimately negative. When you tell people they are worthy of love but then tell them it’s only because the one loving them is just that benevolent, you really aren’t telling them they’re worthy at all.

This husband doesn’t get that, and frankly I don’t see their relationship getting any better until someone he actually respects points out to him how douchey he is behaving. My expectations for that are not very high, though, because ultimately he’s only saying out loud what his theology teaches him to think.

For what it’s worth, I don’t think his theology made him that way. But I do think it did what theology always does: It resonated with some part of him and validated it for him. That’s why kind and generous people gravitate toward theology that’s kind and generous while others only seem to become meaner each time they go to church. Religion magnifies who you are. It’s an accelerant of sorts.

To be sure, there are elements within the Bible which view people better than this. There are less dehumanizing threads that run throughout the book, particularly among the prophets. Even Jesus himself often said things that make me wonder if he wouldn’t have gravitated toward humanism were he born at a different time.

But given that Jesus is mostly a composite character in a story comprised of several competing layers and traditions—more legend than lunatic, liar, or lord—you get to pick and choose which version of Jesus best fits your particular tradition. He’s like an inkblot test for the ages. That’s why he’s stuck around as long as he has.

I’ll be happy to highlight those elements within the Bible that teach people to be kind, generous, and forgiving of differences like the one this man is encountering between him and his wife. But I know people like him won’t listen to me because unless it comes from the pulpit, it might as well be a resounding gong or a clanging cymbal. It’s just noise to him.

What would you say to him that you think would make any difference? Do you have any advice for this woman? She is one of hundreds going through this exact same ordeal all over the country this morning, and I could use some help knowing what to say.

Read Also: “Anti-humanism: How Evangelicalism Taught Me the Art of Self-Loathing“ 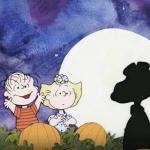 October 31, 2018
What the Great Pumpkin Teaches Us About Faith
Next Post 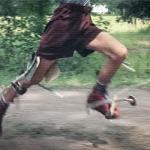