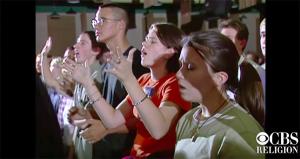 Last night CBS Religion & Culture aired a short documentary (26:55) about the ongoing struggles of people who were raised in evangelical Christian churches but later left them for any one of dozens of possible reasons. Followers of this blog know that’s very much in my wheelhouse, and some may even remember CBS Sunday Morning including me in one of their previous treatments of this subject as a part of their coverage of the Openly Secular campaign.

They interviewed half a dozen people, some of whom I know at least virtually through support groups on Facebook, and I think they all did a fantastic job. Two of the guys interviewed, Blake Chastain and Chris Stroop, have been popularizing the term “Exvangelical” through a podcast one of them created and and through a savvy use of hashtags on Twitter and Facebook.

Linda Kay Klein, author of Pure, spoke first about the evangelical fixation with controlling the sexual urges of teenagers through movements like my former denomination’s True Love Waits campaign. Boy, does that bring back some memories. During my senior year of high school, I was asked to give “a testimony” about the struggle for purity before an audience of about 2,000 of my peers. Talk about putting me on the spot. Story for another time, I think.

Blake and Chris spoke next about the process of “deconstruction,” the unpacking of emotional and psychological baggage we all inherited from the culture into which we were born. They explained how evangelicals have created their own insular subculture, a separate reality bubble inside of which they can be born, live, and die without ever having to meaningfully engage the surrounding world, which the church considers to be under the control of the Devil.

Emily Joy Allison-Hearn spoke about how guilt and shame are used to manipulate people in church, keeping them under the church’s thumb. And then finally they interviewed Julie Ingersoll, a professor of religious studies at the University of North Florida.

Dr. Ingersoll made an excellent point which I hope this documentary will help to drive home: American politics has been heavily influenced by the more imperialistic strains of white evangelicalism, and nobody can critique the way that culture thinks and operates better than deconverts (aka “Exvangelicals”) who were raised in it and then left it. Our brains toggle back and forth on an almost daily basis between these two opposite worlds that we’ve inhabited. We are culturally amphibious.

I would argue the secularist movement in general would do itself and everyone else a huge favor if they would learn to amplify voices like these in order to better understand what it is that they are up against.

I am told the main video link on CBS cannot be easily accessed outside the United States, so I’ve included a YouTube link below:

Each of them did a fantastic job, as did CBS producer Liz Kineke. If you’d like to reach any of them to know more (or to encourage more stories like this) you can reach each of them via the links embedded into their names above. 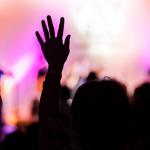 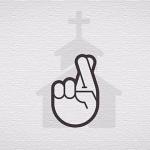 December 11, 2018 Why Christianity Keeps Producing Hypocrites
Recent Comments
0 | Leave a Comment
Browse Our Archives
get the latest from
Godless in Dixie
Sign up for our newsletter
POPULAR AT PATHEOS Nonreligious
1

An Evangelical Site Tries Hard to...
Roll to Disbelieve
Related posts from Godless in Dixie 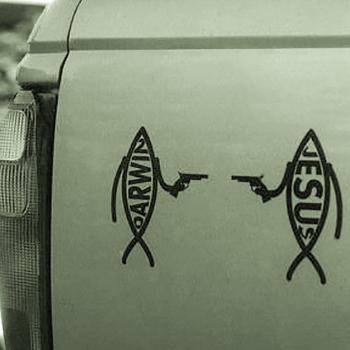 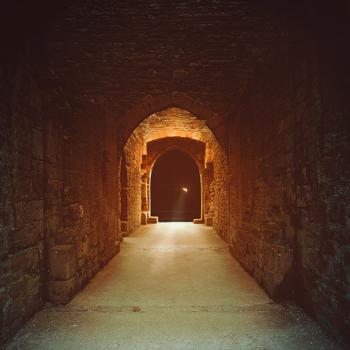 Nonreligious
The Evolution of Hell in The Reason for...
Godless in Dixie