No Longer the Center of the Universe

No Longer the Center of the Universe February 5, 2019 Neil Carter 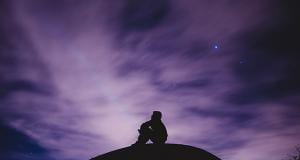 I’ve written before about the prevalence of projection among people of faith (if you haven’t yet read that, you can read it here). Contrary to my former belief that the Christian religion provides exceptionally perspicacious insight into the workings of the human heart (see Hebrews. 4:12-13), I’ve at last concluded that there is something uniquely self-deceptive about the Christian faith which distances the way we think about ourselves from the way we actually are.

Consequently, Christians routinely tell me things about me that are far more true of them than they are of anybody else. This morning, one of those things in particular keeps coming back to me, namely the belief that in some form the whole world revolves around me—or at least around the people to whom I belong.

Everything For a Reason

This notion intrinsically appealed to me when I was young. Even in elementary school, movies were my literature and I loved pretending that I was living in one myself. Just like it was for the protagonist in The Truman Show, every breeze, every bird that flew by, and every human with whom I came in contact held potential value for plot or character development. Sometimes I would even imagine a film score swelling around me, imbuing each moment with musical meaning and informing the audience that something important was just around the next corner.

Then in my teenage years after I “got saved” I read in the Bible that:

[We] bring to light for everyone what is the plan of the mystery hidden for ages in God…so that through the church the manifold wisdom of God might now be made known to the rulers and authorities in the heavenly places.

In other words, while we now know the universe is brimming with hundreds of billions of galaxies, the Bible told me that my singular planet (and more specifically my religious community) served a cosmic purpose so important that it eclipsed all others, placing this tiny blue dot at the center stage of everything that exists.

And humanists are the ones who are egocentric?

Furthermore, as a Christian I was assured that:

[W]e know that God causes all things to work together for good to those who love God, to those who are called according to His purpose.

So nothing was accidental, and everything that happened to me served some greater good orchestrated by God. What a lovely thing to believe! Can you imagine growing up with that belief and then losing it? It’s quite an adjustment.

Related: “What I Lost When I Lost My Faith“

Now that I’ve become a humanist, I no longer believe I am the center of the universe (despite the fact that Christian apologists keep mischaracterizing us as if we do). I don’t even assume that my planet is particularly unique among the possibly millions of other habitable planets orbiting the suns of other galaxies. I am just one specimen of one organism among millions on a single planet among, what…billions? Who knows?

The open-ended-ness of the question is precisely what makes it so fascinating. Not knowing exactly how big the universe is only fills it with exciting possibility, because questions are far more interesting than answers. Religious people have their worship, and the non-religious have our wonder. The emotion is essentially the same. We seem driven by a need for connection to something larger than our own lives, something that lies just beyond the horizon of our current reality.

But I no longer cling to the belief that everything that happens is for a reason. Sometimes things just happen and they have so many random, unrelated causes that you cannot really make sense of it all. That’s maddening, and it leads many to seek out conspiracy theories since those tend to simplify complex series of events by attributing them all to a handful of powerful people or groups.

When you think about it, religion is the ultimate conspiracy theory because it takes hundreds or even thousands of unrelated causes and reduces them all down to just one: God did it…and he did it for us. I won’t deny that this makes life seem a lot easier to wrap our heads around, but it’s mentally lazy and we should be beyond this by now as a species.

It’s not all about us.

Related: “Straw Skepticism in Tim Keller’s ‘The Reason for God’“

Also See: “Let the Stars Be My Guide“

_____
If you’re new to Godless In Dixie, be sure to check out The Beginner’s Guide for 200+ links categorized topically on a single page. 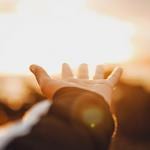 January 29, 2019
We Never Expected God to Make Us Happy
Next Post 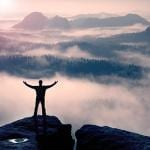