And Now the Methodists… 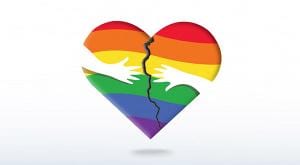 Yesterday the United Methodist Church decided to revert back to a hardline stance against same-sex relationships, and many of my friends are heartbroken by this move by the second largest Protestant denomination (trailing only my own family’s Southern Baptist Convention, which has never accepted gay marriage). Backtracking like this almost certainly means a major split is on the way, and I’ve gone through a series of conflicting emotions as I read their expressions of pain and sorrow. Witnessing their pain unfolding in real time, I cannot help but revisit some of my own disappointments with the church over the years in the wake of it.

Part of me wants to jump on a desk and scream, “Well, what did you expect? A miracle?!” But then I recall that many people still believe there is an Invisible Force responsible for bringing justice to the world, an all-powerful Person who watches over the affairs of the church and cares what happens inside of it. I remember still clinging to that hope myself, which tempers my condescension to some degree.

Then it occurs to me how many people there must be within the UMC who, like their counterparts in the Anglican church, no longer possess anything like what the rest of their tradition would call “faith.” They are essentially agnostic like me, but they stay in the church because it’s where everyone they care about worships. Sometimes I wish I came from a tradition where that would have worked for me, but I didn’t.

I find I cannot celebrate yet another major Christian denomination splitting over yet another thing that should have never been an issue because people are hurting, and it’s never a happy thing when friends and coworkers decide they can no longer remain “in fellowship” with one another. Even though I no longer subscribe to the Christian religion, I hate this for them because it still sucks donkey testicles, so to speak.

I wasn’t a Christian very long before I realized my own tradition bore little resemblance to the early Christians whom I was taught to emulate, and that cured me of at least some of my idealism (which for me seems to be a renewable resource). They told me to read the Bible, so I did. What I realized after doing that was that the church of my upbringing looked far more like the traditions Jesus criticized than it did anything else, and it wasn’t long before my study of the Bible and of the early Church led me right out of Southern Baptist life.

I spent the next ten years of my life in a small but international network of “home churches,” chasing a dream of recovering something of the pristine beauty of early Christianity (in reality it was quite messy). I have many stories to tell from that phase of my life which I’ve never written about because I feel like they would seem so foreign to most people that they wouldn’t identify with them. But I did learn a few things along the way with which I think others would readily relate.

For example, I learned that people are the same no matter where you go, and the political pressures that make people do mean, manipulative things to each other reach into every single subgroup of humanity without exception. That applies to the church as well as it does to groups of atheists (don’t get me started), so let’s dispense with any sense of moral superiority, please. I have little patience for it.

During my days in the house church movement, I watched as people who had given up everything and had faced head-on the disdain and judgment of traditional Christianity turned around and did some of the same things to each other as did those whom they criticized. The hero worship, the tribalism, the tendency toward groupthink and mental laziness…all of those things were there no matter where I went. Having left the church behind, I can now certify that these traits show up everywhere you go.

The problem isn’t the systems we create; the problem is us. We just do really dumb, despicable things, especially in large groups. I realize I sound like a terrible humanist when I say that. But contrary to popular misconception, humanism doesn’t assert that people are fundamentally good; it asserts that we are equally capable of goodness and evil, and it challenges us to choose that which accomplishes the most good and inflicts the least harm on those within our sphere of influence. It acknowledges that we are our own worst enemies, but it also affirms that we are the only ones who can make anything better.

As long as I live, I don’t think I will ever understand how so many people can believe that whichever sex you find attractive indicates anything at all about your moral character. I just don’t get how so many people see those two things as integrally connected. You say you want to commit your life to another person? The horror! Evidently this fundamentally undermines the Christian message, somehow.

What you do with your genitals isn’t the most important thing about you, and I don’t understand people who think it is. Remember when Jesus said it wasn’t what you put into your body that makes you unclean? Does that only apply to one orifice and none of the others?

When I read the New Testament, I see Jesus caring a great deal more about how people treated the marginalized and the less fortunate than he did about what people did in their bedrooms. He was more comfortable around sex workers than he was around preachers; and besides, I believe historians of antiquity have concluded that people at that time were nowhere near as dead-set against same-sex relationships as people are today, no matter what a small handful of texts seem to suggest.

All I can figure is that the church knows its survival depends on controlling the means of reproduction and by extension the structure of the family itself. The church must feel fundamentally threatened by the prospect of sexual autonomy, and it continues to demonstrate that it is willing to split itself into a million pieces over the matter.

Put It On the Pile

As an atheist, I know all too well that this fissure in the church will become yet another blow to people’s faith, and this moment will likely turn up in people’s stories when they begin listing all the reasons they finally gave up on the Christian religion. There was nothing magical or supernatural about it at all, it turns out, and in the end they discovered as I did that their earnest expectations for divine intervention in the decisions of their ecclesiastical hierarchy were misplaced.

I still hurt for those who are losing a place to be themselves, to be accepted for who they are. I know something about losing a spiritual community, and I can tell you that it hurts. I can’t feel good at all about yet another major split in American church because it deeply impacts people’s lives.

But I can still tell you this: Things like this will keep happening as long as human beings are involved, and over time it will continue to become more and more obvious that there is nothing special about this particular religion among all the others. No special magic will keep them from fighting each other over things that should have never been an issue, and each century will produce more and more evidence that when Jesus banked his credibility on the unity of the church, it was the most failed prayer in history.

Related: “The Most Fantastically Failed Prayer in History“ 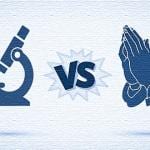 February 26, 2019
Faith and Reason Are Not Really Friends
Next Post 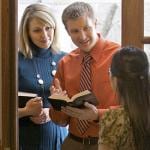 March 1, 2019 Kissing Hank's Butt
Recent Comments
0 | Leave a Comment
Browse Our Archives
get the latest from
Godless in Dixie
Sign up for our newsletter
POPULAR AT PATHEOS Nonreligious
1