Episode 1: Why I Broke Up with Jesus 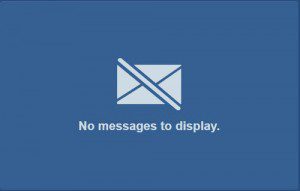 About nine years ago, I broke up with Jesus. People often ask me why. There were plenty of reasons but one of the main ones was that he wouldn’t return my calls.

Since I couldn’t get in touch with him, I asked some of his friends to explain to me why he wouldn’t get back to me, but their answers were never helpful. Each one had a different explanation and none of them really made me feel any better:

I told them that the more I thought about it, the more I wasn’t sure Jesus had ever taken my calls and do you know what they said to that? They told me in reality he always took my calls but made sure to do it in such a way that there would be no way to tell he took them. He answered, they said, but in a way that looked exactly like not answering. That’s…huh. Okay. That’s just weird.

Even the way they got their explanations seemed suspicious to me. See, he never returned their calls, either. Instead, they got their answers by reading his letters to them. Well, that’s not exactly right, either. He didn’t actually write them. Friends of his wrote them about him, and they wrote their letters to other people anyway, so I guess that explains why my friends’ interpretations of his silence were all so conflicting.

So then I decided to go back and look at my albums to remember the better times I had with Jesus. That’s when I noticed something surprising. He didn’t actually show up in the pictures. Like, at all. At first I figured it must be because he was the one taking them but then I realized he wasn’t in any of them. Maybe he was just off to the side, out of view, when all the shots were taken? That’s just bizarre.

The more I thought back over my times with Jesus the more and more they seemed to disintegrate, almost like trying to remember a dream right after you wake up. It did really happen, didn’t it? Surely it wasn’t all just inside my head, right?

Looking back at the long list of calls never answered, all the letters neither written directly by him nor even written to me in the first place, and looking through all the pictures seeing only myself at every turn, it began to look like I was having a relationship with someone who wasn’t there at all.

Then it dawned on me. If my relationship with this person was that spectral, indeed virtually imperceptible, then what practical difference would it make to just let it go?

So I did. I let it go. And you know what? I didn’t really miss it, because there was literally nothing to miss. I realized that life with him would be exactly the same as life without him.

That’s why I broke up with Jesus. 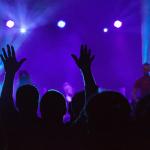 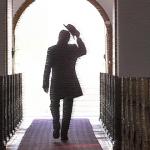 June 22, 2019 Episode 2: The Two Main Reasons I Left My Faith
Recent Comments
0 | Leave a Comment
Browse Our Archives
get the latest from
Godless in Dixie
Sign up for our newsletter
POPULAR AT PATHEOS Nonreligious
1