Episode 2: The Two Main Reasons I Left My Faith

In the last installment, I gave my reasons why I broke up with Jesus. I was being tongue-in-cheek, but if you grew up in evangelical Christianity you know exactly why I put it that way. For us, the Christian message was framed as an invitation to a personal relationship with the Creator of the universe. It wasn’t until after we accepted the invitation that they turned around and shamed us for wanting such a thing.

Rarely is losing faith a linear process, so it’s really difficult to describe how it happened. The contours of the journey take on slightly different shapes each time I look back with the benefit of deeper hindsight. I find it an ongoing challenge to find better and more comprehensive (even if not more succinct) ways to explain what led me to where I am today.

Why did I quit believing?  I’ve got a better question: Why did I start believing in the first place? I personally feel that once you understand the answer to that question, the other question will seem less necessary. 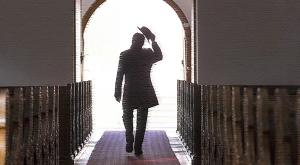 The answer to my alternative question is that I absorbed and internalized the Christian belief system because I was taught it from my youngest years. Before I was old enough to possess the critical reasoning skills to challenge those beliefs, I was taught that everything that exists had to be made by a person, and that person had to be the Christian God and no other.

I was taught from birth to accept whatever the Bible says about Jesus, about judgment, and about my need for salvation from a coming punishment. As a teen I became much more heavily invested in my faith, and my devotion to it came to characterize the next 20 years of my life. I don’t mind telling you that I had no trouble finding confirmation for my beliefs. For the duration of those 20 years, I had an ongoing, dynamic, and passionate relationship with a God who I was certain was real.

When I reached my mid-thirties, however, I began to notice something. I looked around at the many expressions of the Christian faith and discovered just how wildly different people’s beliefs (and experiences) could be. I also noted how fervently each person was certain that his or her way of seeing things is God’s way of seeing things.

I began to ask myself why each person was so convinced that his or her way was the only right way, and soon I began to ask myself the same question about my own beliefs: What made me so sure that I had grasped the right way of seeing things? How did I know that my own experience up until that point had been legitimate?

Looking around a bit further, I saw that people around the world had even more diverse beliefs about which religion is right, which God is right, how many gods there are, and what each of them wants. The more I observed my own people as well as the people on the outside of my own “tribe,” the more I began to marvel at how many of us could be so completely convinced of things which obviously cannot all be right.

Life is too short to walk around with only one eye open, and this self-examination led me to raise my standard of evidence toward my own belief system. I began to ask harder questions about how I know the things that I know. That process is eventually what led me out of my faith.

The first thing that began to dawn on me was how utterly subjective my faith was. By that I mean that upon further examination, almost everything said to be true of my faith depended at some level upon first believing that it was true. I was taught that the benefits of my faith were dependent upon my willingness to believe in them. Like the verse in the famous chapter on faith in Hebrews says:

Without faith it is impossible to please Him, for he who comes to God must believe that He is and that He is a rewarder of those who seek Him.

In time it began to dawn on me that just about everything in my belief system works this way: First you must believe, then you will receive the benefits of the thing you believe. But that struck me as awfully convenient. Placebos work exactly the same way. As long as a person is convinced that a thing will accomplish a given function, that person becomes more inclined to interpret whatever happens next as a successful outcome.

Looking a bit deeper into the beliefs I inherited, I also began to notice how flawlessly unfalsifiable my own beliefs were. I’ve written about this before because it comes up a lot.

Most of the assertions my religion made about the outcomes of a life of faith are impossible to disprove because they are either worded so vaguely they sound like horoscopes, or else they are so thoroughly couched in rationalizations for why they didn’t come true that there can be no valid reasons for discounting them. It’s a rigged game, and that should bother anyone who is serious about demanding that his or her beliefs be based in reality.

Unfalsifiable doesn't necessarily equal false, but the more regularly a belief system goes there, the more suspicious of it we should be.

Like former pastor Ryan Bell wrote after his first year without God, I began to ask myself if it would make any practical difference in my daily life if divinity were just excluded from the equation altogether.  The more I thought about it, the more I began to see that even for a believer as devout as me, most daily chores and duties still had to be carried out in exactly the same way whether or not any gods existed.

You still have to get dressed and go to work. You still have to lock your doors and look both ways before crossing the street. You still require medical attention, have to pay taxes, and you still eventually die far too soon. On a practical level, even believers must live as if there were no God for all intents and purposes.

About the only difference is that some people do those things but are careful to give God credit for what they themselves do, and they do it while carrying on a prolonged conversation with an invisible person whom the other group doesn’t think is real. That’s really about it. On the outside, there’s not much that’s different about how people live.

Making Love Out of Nothing At All

The other major factor in my departure from my faith was the growing realization that the relationship with God to which I had dedicated my life was a completely one-sided relationship. I spoke to God on a regular basis, and I felt (and openly testified) that he also spoke back to me. But it slowly dawned on me that I had to supply both sides of the relationship.

It was always up to me to conjure up the communication from both directions. Like a child convinced the Ouija board is truly speaking to him—completely independent of his own imagination—I was very good at finding God’s voice amidst a cacophony of otherwise meaningless background noise. After twenty years of passionately pursuing my faith, I came to realize that I had been carrying on a loving, decades-long relationship with a figment of my own imagination.

For what it’s worth, I should add that for many of the years in which I performed this ongoing relationship, I enjoyed it very much. It was a fulfilling relationship in many ways for a long time. We humans are fundamentally creative beings (much like the gods we envision, no coincidence), and we can dream up the most engrossing characters and storylines even in our sleep.

Is it any surprise that we can create our own favorite characters and do that so well that they feel real to us? They keep us company when we are lonely, and they somehow embody both our noblest aspirations as well as our most sinister flaws.

Related: “Nim’s Island and the Reason for God“

The bottom line is that I reached a point in my life in which I needed something more solid to stand on—something demonstrably true that was outside of my own head, independent of my own wishes about what should be true—and my faith just wasn’t cutting it anymore. What worked for me at 17 no longer worked for me at 37.

Your Life Isn’t My Business

You may notice that throughout this entire explanation I have spoken of myself and my own journey out of the faith. I always try to stop short of telling other people what they should believe, even if it seems clearly implied in what I am saying about myself. To be sure, I don’t believe the religions we inherited are based in reality (aside from a handful of ethical guidelines like the golden rule which are universal to almost all religions and philosophies). But I don’t feel burdened with a responsibility to tell you what you should believe.

And why is that? Quite frankly it’s because I don’t really care what other people believe, so long as they treat me and those around them with a basic level of respect and compassion. Some will stay worried that something bad is going to happen to me after I die, and that makes them feel what I believe is their business. I can’t make them stop worrying, even if I wish they would. But all I ask is that they respect my own personal boundaries so that I can live my life as I see fit, doing the most good I can see to do for others since that’s all I really want to do anyway. 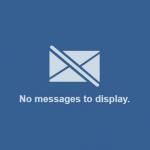 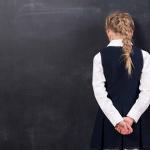 June 25, 2019 Episode 3: We Did As We Were Told
Recent Comments
0 | Leave a Comment
Browse Our Archives
get the latest from
Godless in Dixie
Sign up for our newsletter
POPULAR AT PATHEOS Nonreligious
1