Saints and Sinners: An Arbitrary Distinction

Last week in a Chicago suburb, a Baptist pastor’s wife was charged with sexual assault of a minor as well as solicitation of child pornography. Students recall that Shannon Griffin, who taught kindergarten at the unaccredited school associated with her husband’s church, would often reprimand young women for their lack of modesty in dress, making it all the more ironic that investigators found evidence she shared nude videos of herself with students from the school.

Subsequent discussion of this discovery followed predictable lines, as one actual Beverly illustrates below:

She says, in essence, that this woman cannot be a Christian because a Christian wouldn’t do something like this. She was just a fake, playing along all these years.

And just like that, she doesn’t count anymore. She’s not a Christian, she’s a pedophile! See how easy that was? Selection bias works like a magic eraser, doesn’t it?

A friend of mine who passed along this interchange wondered aloud why this reply disgusted her as deeply as it did, and I think I can explain why with an analogy.

Imagine for a moment that someone encouraged you to sign up for an experimental new drug they claimed neutralizes headaches as well as menstrual cramps…with 100% effectiveness. And not only that, but if taken regularly it also helps eliminate cellulite in women, and in men it cures erectile dysfunction.

The literature they hand you explains that in order to benefit from this groundbreaking new product, you have to commit to use the meds for quite a few years—decades even—because it is a longitudinal study. And unlike other studies which compensate their test subjects, this one requires that you commit to giving a set portion of your income regularly for the entire duration of the study. In other words, it’s a big commitment.

At minimum, anyone with critical thinking skills would ask to see the details of the previous study which concluded the drug is 100% effective. But imagine if you learned that the study was done by the drug manufacturers themselves, using only their own employees as both researchers and test subjects. From start to finish, everyone who touched this research was on the payroll of the company seeking to promote it for their own financial gain. Surely that would send up at least one or two red flags. Or maybe not, if you’re one of my high school students.

Then you look a little closer and discover that nearly half the participants of the original study derived no benefit at all from the experimental drug. Their aches and pains never got any better no matter how long they took the drug, so the researchers just excluded their testimonies from the final report. They did this because the designers of the experiment indicated at the outset that the only way the new medicine could fail is if there were some kind of user error, some procedural mistake or broken protocol on the part of the test subjects. Nothing else could cause the treatment to fail.

Thanks to this neat little formula, all contraindications were expunged from the record and only those instances which were successful got counted in the end. Internally speaking, the logic was flawless: If the only way for the drug to fail is if the user makes a mistake, then any failure of the drug must consequently be the fault of the test subject himself or herself.

Do you see what’s wrong with this scenario?

It’s called selection bias, and that is precisely what allows the woman in the quote above to conclude that this pastor’s wife cannot be a Christian. 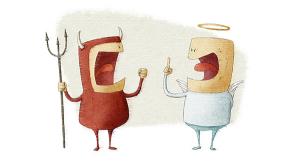 Like the hypothetical drug company in the analogy above, the Christian faith makes a number of rather sweeping claims about the effectiveness of faith in the Christian message. The writers of the New Testament were clear that the presence of the Holy Spirit inside of those who believe in and “follow” Jesus should produce certain traits, so called “fruits of the Spirit.”

That’s all well and good, but watch what happens whenever it becomes obvious that faith in Jesus isn’t actually bringing about said characteristics: People like Beverly here simply conclude those people’s faith cannot have been real (since it didn’t work), so those people don’t count. They weren’t True Christians. This is simply the religious form of the No True Scotsman fallacy.

Now the original claims are completely immune to falsification. All contrary evidence is expunged from the mental record and once again the groundbreaking “product” is deemed 100% effective.

I can see a whole host of problems stemming from this kind of cognitive bias, and so can the friend who passed along her anger for me to analyze. I’ll get to that in a second, but first let me interrupt what some are probably thinking to show just how deep this tendency goes.

Some Christians, like the kind I was before leaving the faith, think in terms that are less black-and-white than Beverly here uses. They wouldn’t go so far as to say that no Christian can be a pedophile—they would simply say that people who give in to whichever sins plague them most are failing to live consistently with what they believe. Humans can fail, but God (and the Christian gospel) cannot.

But look what they just did there. In their own way, they are still doing the same thing that Beverly did. Any failure of this belief system is credited to the believer—to user error, if you will—and the end result is still the same: The claims of this faith are immune to falsification because they are formulated in such a way as to be above scrutiny. If anything goes wrong, it’s the believer’s fault, not the fault of the belief system itself, which cannot contain a flaw of any kind. It mustn’t.

Do you not see the danger in this kind of thinking?

Christians automatically trust one another over those who don’t profess faith in Jesus because they sincerely believe they have something which apostates like me don’t. They believe the spirit of Jesus is living inside some people but not others, and they have a formula for eliminating any data which contradicts their faith hypothesis, if you will. But consider how badly this skews the way a person sees the world:

As an “out” atheist, I am automatically distrusted by people while pastors and their wives are trusted without question because they have faith and I don’t. Then when a “bad apple” shows up among them, they are systematically removed from the equation in order to leave the way we judge each other intact, undisturbed. This kind of willful blindness can be very, very dangerous.

Are We Really Worse Off?

It’s also insulting for people like me because I feel I am being judged by a moral code that is quite superficial, and at times arbitrary. Like the older girls whom Griffin scolded for not dressing modestly enough, we resent being chastised for specks of dust in our eyes by people who have whole trees growing out of theirs (see Matt. 7:1-5).

What makes this even worse is that moral codes are culturally conditioned—they are social constructs (yes, even yours)—so that what these people use to judge everyone else often bears very little resemblance to the moral priorities of the man they believe they are following.

Was Jesus more worked up about sexual purity and modesty of dress, or was he rather angered most by social injustice, by financial greed, and by using theology to mask basic human bigotries? Now ask yourself: Which of those things are Christians like Beverly most worried about?

If the spirit of Jesus truly lived inside of those who believe in him, they would care more about the things he cared about. Note that I’m not even arguing that they should be capable of consistently living up to his moral priorities—I’m saying they don’t even know what those are anymore. And this is one of many, many reasons people like me no longer believe the claims of this religion. Like the hypothetical drug treatment in the analogy above, it just doesn’t do what it says it will do.

And it certainly doesn’t make people like Beverly self-aware enough to realize how implicitly belittling her comments are toward people who don’t play for the same team as she does. I’m not saying she’s behaving worse than anybody else, mind you. But she’s also not behaving any better, either, and that’s precisely the problem she cannot even see.

That’s why this angers us so much.

[Image Source: Adobe Stock]
__________
If you’re new to Godless In Dixie, be sure to check out The Beginner’s Guide for 200+ links categorized topically on a single page. 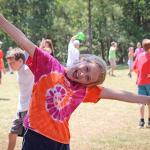 July 8, 2019
Looking for a Kids' Camp in Florida or South Carolina?
Next Post 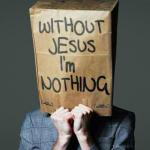 July 14, 2019 Episode 7: How Christianity Teaches You to Hate Yourself
Recent Comments
0 | Leave a Comment
"https://uploads.disquscdn.c..."
Freethinker Cutting Off Your Family in the ..."
"Good stuff Neil. This may be a bit off topic, but here goes... My observation ..."
Enlightened God Is Not to Blame for ..."
"I think some people just become so confident in themselves that they do not feel ..."
Ryan Symons Why Rhett and Link Broke Up ..."
"I went through Keflavik airport last year, and I concur about it. It has a ..."
Ubi Dubium God Is Not to Blame for ..."
Browse Our Archives
get the latest from
Godless in Dixie
Sign up for our newsletter
POPULAR AT PATHEOS Nonreligious
1