Over dinner one night, I found myself explaining to someone raised outside of a devoutly religious environment that religious people are not stupid simply because they believe nonsensical things.

I’ve had this same conversation several times now, each time with a different person whose professional life has increasingly come to focus on critiquing religion. Each time I’ve encountered the same bewilderment, and each time I’ve covered the same ground in an attempt to explain how and why some people who are very intelligent can nevertheless believe things that are absurd to anyone not raised to accept those things as a settled matter of fact.

Sometimes they insist we must not have ever truly believed what we said we believed. Other times they ask me to help them understand how that can be so. Very often they flatly disagree and insist that anyone who believes in things like demons and angels and Young Earth Creationism must be morons. But this particular night, my inquisitor sitting across from me got a puzzled expression and finally admitted, “The thing is, you don’t seem stupid to me. So how on earth did you ever believe such things?”

I know it doesn’t make sense. I know it’s hard to understand how otherwise intelligent people can believe things that sound ridiculous to anyone not raised to accept them as sacrosanct. It seems indefensibly contradictory, but that’s just how humans are. In case you haven’t noticed, human beings aren’t entirely rational creatures, and that goes for the most intelligent and well-educated among us as well.

We all have our blind spots, and we all have those areas in which our much-beloved rationality takes a back seat to emotion, prejudice, and personal interest. Humans aren’t entirely logical beings, which is precisely why we have things like the scientific method in the first place. We know fully well how badly we let our biases cloud our perception and our judgment. We need science precisely because we know we are prone to superstition, subjectivity, and cognitive bias.

For the benefit of those who grew up outside of a devoutly religious context, I would like to spell out four reasons why it’s possible for people who are clearly intelligent and well-educated to believe things which appear “stupid” to everyone else.

Four Reasons Why We Hold On To Irrational Beliefs

1.) The first thing you have to realize is that intelligence is compartmental. By that I mean that people who employ sharp wit and critical thinking about one area of life (or even multiple areas) can still remain almost juvenile about other topics. One need only look at how adept many of history’s greatest thinkers were at parsing ideas related to their own field of expertise but were complete disasters in their personal lives because they could never wrap their heads around the intricacies of human social interaction. 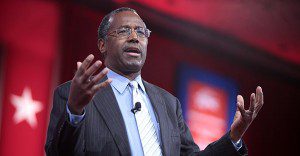 To see what I mean by compartmental intelligence, look no further than Housing and Urban Development Secretary Ben Carson, who distinguished himself as a pioneering brain surgeon but who displayed the political acumen of a remedial third grader during his failed presidential campaign. As a politician I must say he makes a fine neurosurgeon.

Or consider another less-well-known medical example whom I’ve mentioned here before: The last Sunday School teacher I had before leaving the church is a world-class oncologist who chairs an international committee on research protocols in his medical field, but he also studies “Creation Science” as a hobby. He uses up-to-date, state-of-the-art treatments for fighting cancer but gets all of his geological theories from the Institute for Creation Research, who quit putting out new theories in the early 1970’s (or as some would argue, in the late Bronze Age).

How are these contradictions possible, you say? They are possible because intelligence is compartmental. We must be ever on our guard against the halo effect, which is that tendency to ascribe to individuals who are distinguished in one field an expertise which they do not deserve in others. For example, just because Albert Einstein was an expert in astrophysics doesn’t mean he was an authority in politics, philosophy, or metaphysics (if there is such a thing as an expert in that). It shouldn’t lend much weight to either believers’ or nonbelievers’ arguments that this famous person or that one was “on the right side” on matters of religious belief.

2.) Another thing you must realize is that intelligent people will believe very nonsensical things if you get to them young enough. When you grow up in an environment which takes for granted that a system of belief is sacred, your knowledge base and your critical thinking skills grow up around that belief structure in such a way as to leave it undisturbed. In fact, an argument could be made that without the checks and balances of the scientific method, human reasoning only serves to rationalize and validate the emotional content already in place in our psyches from our earliest years. We think in order to rationalize what we already believe.

Related: “Religion and the Nepotism of the Mind“

Have you ever seen a tree that’s grown up around a fence post, enveloping it as if it is a part of the tree itself? That happens when the post was there before the tree was even a sapling. Intelligence and education are like that as well. If you can instill a belief structure in a developing mind early enough, all the reasoning powers of that individual will develop around those beliefs in such a way as to leave them undisturbed. Those critical thinking skills may even become proficient at challenging belief systems outside the one around which they grew, but it’s a completely different skill set to learn to turn them inward, challenging the core beliefs which were already in place before those skills were developed. 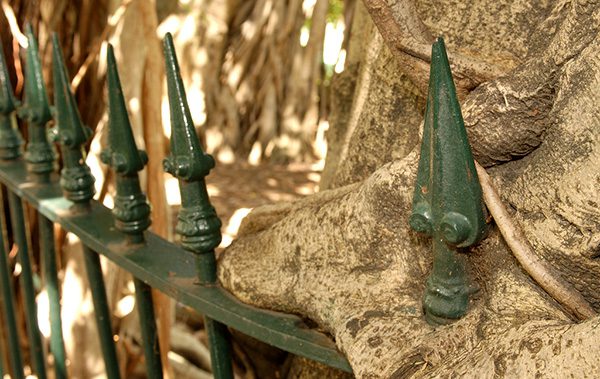 3.) Another thing which is almost impossible to grasp if you were never devout is how deeply we were taught to distrust ourselves. The notion of sin and human brokenness is bedrock to the Christian message, and the church drove this home to us before we even learned to read and write. We learned at an early age that human reasoning cannot be trusted. “The heart is deceitful above all things,” the Bible teaches. It goes on to say:

With a narrative like that, is it any wonder that Christians grow up suspicious of the life of the mind? We were taught to distrust our own intellects even within those subcultures which otherwise valued science, education, and exploration (I know that’s inconsistent but see point #1). We learned early on that when our powers of logic and reasoning conflict with the teachings of our faith, we should privilege “what God says” over what anyone else thinks makes sense. Who can disagree with God himself, right?

4.) And finally, people who didn’t grow up thoroughly enveloped by a community of faith will find it difficult to appreciate how heavily the social pressure to remain faithful keeps us from freely embracing our own cognitive dissonance. I recall clearly how apprehensive I became each time I collided with my own inner skeptic, realizing how costly it would be for me if my pursuit of reality ever led me outside the Christian fold. I knew long before I finally became honest with myself that I could lose everything, and for the most part I was right. When your whole life is built around an idea, challenging that idea shakes you to the core of who you are, both psychologically and socially. For some of us, this threatens to demolish our entire world.

Read: “What I Lost When I Lost My Faith”

Rejecting religion doesn’t cost much when you grow up outside of a deeply devout context. It’s a relatively easy path to follow. But that’s not the case for all of us. For some of us it was a big deal. And that’s why we hold on to irrational beliefs long after our own critical thinking skills seem like they should have outgrown these inferior ideas. Those ideas were always privileged for us, and it’s not as easy as it sounds to shake them when they are the very house in which you live. 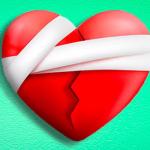 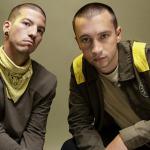 July 24, 2019 Twenty One Pilots and the Evolution of Evangelism
Recent Comments
0 | Leave a Comment
Browse Our Archives
get the latest from
Godless in Dixie
Sign up for our newsletter
POPULAR AT PATHEOS Nonreligious
1