Twenty One Pilots and the Evolution of Evangelism

Twenty One Pilots and the Evolution of Evangelism July 24, 2019 Neil Carter

Last week, an excellent Q&A post about evangelism got widely passed around which came from, of all places, Quora. Someone asked: “Why do people get angry when I try to share the word of God with them?”

Doug Robertson from Florida left an excellent reply, excerpted below:

The entire process is not what you think it is.

It is specifically designed to be uncomfortable for the other person because it isn’t about converting them to your religion. It is about manipulating you so you can’t leave yours.

If this tactic was about converting people it would be considered a horrible failure. It recruits almost no one who isn’t already willing to join. Bake sales are more effective recruiting tools.

On the other hand, it is extremely effective at creating a deep tribal feeling among its own members.

The rejection they receive is actually more important than the few people they convert. It causes them to feel a level of discomfort around the people they attempt to talk to. These become the “others.” These uncomfortable feelings go away when they come back to their congregation, the “Tribe.”

Robertson goes on to describe how, far from truly converting outsiders, the process of evangelism primarily helps to ingrain a sense of “us vs. them” among Christians in order to deepen their emotional and social investment in their religion. He makes an excellent point, even though I can still feel my former Christian self recoiling at a couple of implications inherent in this interpretation.

First of all, any sincere believer would chafe at the suggestion that evangelism doesn’t do what people say it does. But my second, stronger objection would have arisen from his use of the phrase “specifically designed.”

When evangelicals hear the word “design,” they hear intentionality because for them, ultimately, everything is the way it is because God wanted it to be so. He is the Intelligent Designer of all things. Nothing happens by accident.

But the word “accident” can be misleading because it implies complete randomness in what happens, when in reality there is a kind of “design” that results from choices made by human beings (or else by Nature, of which we are a part) which reinforce those outcomes that serve our own ends. Events take shape and things eventually develop in a direction because, well, it’s almost impossible for them not to.

In other words, Nature has a way of “designing” things without necessarily putting any thought into what happens. It’s a design which only appears intelligent in retrospect—through a kind of optical illusion, if you will. Over time, some outcomes simply repeat themselves more frequently because they correspond with what “works better,” no thought required. It only appears to be intelligent when you look back through the path that reality took.

If you didn’t grow up understanding how natural selection works, it can take some time to rewire your brain to think this way. It’s certainly not intuitive. We humans tend to project ourselves onto pretty much everyone and everything in the natural world, finding agency and intentionality even in things which have neither.

Things evolve to become what they are for reasons which make sense only after the fact because there was no “reason” behind what happened at all. Variety just happens on its own and then life “selects” for survival those traits which were favorably adapted to the environment in which the variations occurred.

Thus over the years hundreds of forms of Christian”outreach” have occurred, but the ones that got reinforced have been those practices and ways of thinking which strengthened the church’s sense of tribal identity while “othering” everyone still on the outside of the group. It’s a formula that works no matter how vehemently it is opposed by those intent on minimizing the difference between “us” and “them.” 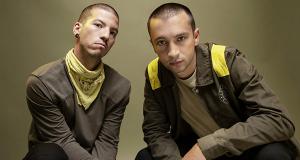 Now contrast this evangelistic mindset with that of Tyler Joseph, lead singer and songwriter for the musical duo Twenty One Pilots. An incredibly talented, Grammy-award-winning musician in his own right, Joseph is also a devout Christian who is passionate about his faith even though he chooses to bury his thoughts and feelings under layers of obscure lyrics, symbols, and designs. The commercial success of popular hits like Stressed Out, Ride, and Chlorine hasn’t distracted Joseph from writing his own spiritual struggles into every line.

One song in particular, Heathens, exploded onto the popular charts in 2016 after being featured in the soundtrack for the movie Suicide Squad. The music video alone has since garnered 1.2 billion views, and three years after its release it still plays regularly on popular radio stations and music streaming apps. Just about everyone has heard and knows this song, but I wonder how many know what that song is really about?

All my friends are heathens, take it slow
Wait for them to ask you who you know
Please don’t make any sudden moves
You don’t know the half of the abuse

Here I was, picturing some kind of hidden lair filled with violent rogues and guarded by a heavily-armed sentry who asks each new visitor, “Who sent you?” But as it turns out, this song is really about evangelism. It’s a subtle sermon directed at other Christians, warning them not to rush the process of “witnessing” to non-Christians because we’re an apprehensive lot.

We don’t deal with outsiders very well
They say newcomers have a certain smell
Yeah, trust issues, not to mention
They say they can smell your intentions

Joseph clearly feels the discomfort evangelism causes for outsiders, and he knows it makes us feel more like prospects than people. We know when we’re being recruited, and we can smell the sales pitch a mile away. The process itself turns away more people than it actually wins to the cause.

Wait for them to ask you who you know…

Anyone who grew up memorizing Bible verses will recognize the allusion to 1 Peter 3:15:

Always be prepared to give an answer to everyone who asks you to give the reason for the hope that you have, but do this with gentleness and respect…

Ah yes, I remember how eagerly I awaited that moment when some lost soul would finally approach me and ask me to give a reason for the hope I had so that I could tell them about Jesus and share the plan of salvation. By the time I reached my mid-thirties, I had probably learned half a dozen different ways to approach the subject, in many cases using diagrams or even props. Evangelicals know exactly what I’m talking about.

What If We Never Change?

But this leads me to the question I really want to ask of every Christian alive:

What if no one ever asks you?

What if nobody ever approaches you to inquire about the hope that is within you? What will you then do? Will you decide you must have done something wrong? Or maybe you’ll decide that other people’s hearts are just too hard to receive the good news you so desperately want to share with them? Maybe the timing just isn’t right, and it will take more time before life (or God) crushes these poor people’s spirits to the point they become ready to hear from you?

The reasons for our disinterest aren’t really your concern, though. What IS your concern is that you need to wrestle with the possibility that you will live your entire life loving others in the best ways you know how, but you may still reach the end of your journey having never heard a single person ask you “who you know.” How will you deal with that?

Tyler Joseph does a phenomenal job of obfuscating his exhortations under layer after layer of vague-but-catchy lyrics, and his musical talent is the best I’ve seen in a long time. But does his way of doing Christianity actually win anyone over who isn’t already “one of us?” Would he even agree to such a distinction in the first place?

Ultimately what matters isn’t his answer to this question, but yours. What if you knew from the moment you first spoke to me that I would never…never…become the same thing you are again?

Would you still want to be my friend even if you knew for a fact that I was never going to accept or agree with your belief system? How would that impact your desire to know me?

How central to your relationship with me is your desire to convert me? And would you relate to me in exactly the same way if you knew I would never ask the reason for the hope you have within you? I’m asking because the most likely outcome is that I never will…because I’ve already been there in your shoes myself.

I don’t judge you for being a stay-inner instead of a come-outer, not at all. But I can tell you that I won’t likely be joining your team ever again, and I need to know that you still want to know me even if that’s the case.

If you lose all interest in having a relationship with me once you learn that I will never come back into the faith, I wonder what that means this compulsion is really about?

Is this really about convincing others, or are you the one who needs convincing?

If I got to choose which way of thinking won out, I’d definitely prefer Joseph’s way. But I’m inclined to believe Nature will “select” it out for extinction because it doesn’t really help “the team.” Be that as it may, I can tell you right now as a part of the environment to which the Christian message must adapt that people like me can indeed smell your intentions. 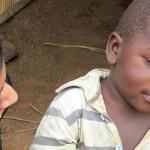 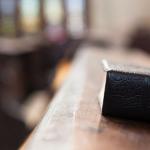 July 26, 2019 Episode 11: The Absurdity of a Perfect Bible
Recent Comments
0 | Leave a Comment
Browse Our Archives
get the latest from
Godless in Dixie
Sign up for our newsletter
POPULAR AT PATHEOS Nonreligious
1