How ‘Be Not Afraid’ Endangers Us All 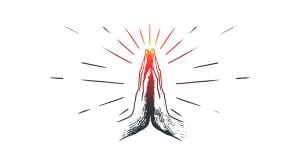 I think I’ve finally put my finger on what’s beneath my frustration with my fellow Southerners during this global pandemic—I mean besides the mortal peril into which their continued science denialism is putting us all, both in the short term (see COVID-19) and in the long (see climate change).

I was already exasperated with their undying devotion to Donald Trump, a man whom they they despised right up until the moment he became the official nominee for God’s Own Party. But this public health crisis keeps unearthing one of the most fundamental problems I have with the evangelical Christian faith.

The brand of Christianity to which my family, neighbors, and co-workers all belong disparages all emotional extremities save for those that make the faith look like it’s doing what they were told it would do.

For example, ambition isn’t good because it means you think you’re all that—I mean without God—and that’s not okay. Sadness can’t be validated beyond a certain threshold, either, because above that line you must not be believing hard enough. Depression is downright inexcusable for a child of God because he or she is indwelled by the Holy Spirit. If he’s not comforting you, it must mean you are doing something wrong. Either way, it’s your fault.

The same goes for fear. I have been warning people about this virus since late February, but my concerns kept getting minimized or dismissed by those within earshot. One of the refrains I’ve heard from them again and again is that God is in control, so when we allow fear to overtake us, it demonstrates a failure on our part to have faith.

For nearly a decade now, I’ve debated with fellow skeptics about the functional value of religion in general. Traditionally, I’ve sided with those who acknowledge that religion serves social and psychological functions so central to the human psyche that if you were to eradicate every religion known to humankind from the face of the planet, several new ones would immediately show up to take their place.

I think we are wired by our history to want something like religion. Some find more sophisticated versions of each religion from which to derive their values, which helps a little, but even then there are still downsides to each religion. For example, the evangelical Christian faith of my youth generally disapproves of a wide spectrum of natural (and useful!) human emotions, and that is a problem since emotions are what motivate people to action, and sometimes action is what’s needed, not prayer.

When a pandemic arrives, for example, and you are convinced an Invisible Protector will maintain his control of events no matter how far afield the world begins to veer, you learn to stuff those illicit feelings deep down inside. The moment they begin to surface, something kicks in that shuts off the most extreme emotions within an evangelical Christian. You can sometimes see it move across their faces when it happens. I remember doing the same thing myself back when I was still a believer, but now it just seems unhealthy to me looking in from the outside.

Think of it like disabling the Check Engine light on the dash of your car—or better yet, turning off the temperature gauge or the Empty light on your fuel gauge—simply because it was unpleasant to keep seeing it. Those warnings are there for a reason and they should be heeded. If your house were on fire, it wouldn’t be a good idea to turn off the fire alarms and go about your regular business around the house. Those alarms are sounding for a good reason.

It’s the same thing with extreme emotions like fear, or anger, or sadness. The full range of these emotions is off limits to the people of God, even if they will chafe at hearing it put that way. But never mind what they say to those of us looking in from the outside and just listen to what they say to each other.

Whether it’s a poem, or a song, or a testimony, or just a casual conversation about something that could get upsetting, the internal programming always kicks in and the subject gets changed to how fortunate we are that Someone Else will take care of things. The warning light always gets turned off. That’s the faith’s primary function at a time like this.

Thankfully, there are those whose practicality and personal character override their religious beliefs. They will work their #@$%! off to help those around them, but it will be in spite of their indoctrination, which instructs them not to worry about tomorrow because sparrows die all the time, and God seems to be cool with that, so you should be as well.

But Americans live in a democracy, which means our leaders only do what we demand that they do. So as long as we keep outsourcing our decisions about things like public health, racial discrimination, and income inequality to other people (not your responsibility, right?), those things will never improve. Without our input or involvement, those decisions will go to the highest bidders, and the people who need help the most will continue to be the ones least likely to get it.

I wish the evangelical church cared about this, but it doesn’t. You see, Earth isn’t their home anyway, and Jesus is coming back and he’s gonna wipe everything out and start all over again. You wouldn’t polish brass on a sinking ship, would you?

What a convenient theology for the powerful to exploit!

The bulk of the deaths from this coronavirus will come from the poorest zip codes, and white evangelicals will decide that is an acceptable loss for the sake of restarting the economy. We may each lose an older member of our extended families, but in a capitalistic economy, a person’s value to society comes from what they contribute to the Gross Domestic Product.

Will the evangelical church resist that kind of thinking? Does it have anything within its toolbox to counter that cultural value system? I guess we will find out.

But to whatever extent public action follows public feeling, evangelical Christians will have very little to contribute to the situation. They’ll be over here reminding each other that everything is going to be fine and there’s nothing to fear. Even the dead will be raised again someday.

Can’t argue with that.

P.S. -How soon do I think American businesses, schools, and churches can resume meeting en masse? This article here lays out how we will know when it’s the right time to begin that discussion. Until these four benchmarks are reached, any talk of resuming normalcy is a bad idea.

If you’re new to Godless In Dixie, be sure to check out The Beginner’s Guide for 200+ links categorized topically on a single page. You can also find the Godless in Dixie Podcast on iTunes here. 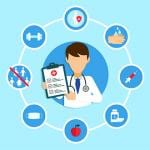 March 5, 2020
The Coronavirus and a Better Gospel
Next Post 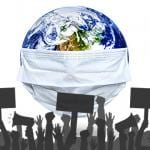 May 10, 2020 The Culture Wars Have Jumped the Shark
Recent Comments
0 | Leave a Comment
"Like the old quote says: I believe in god, I just don't trust anyone who ..."
C Nault The Problem of Evil In The ..."
"There is only a problem of evil if you believe a loving god exists. If ..."
C Nault The Problem of Evil In The ..."
"The same chapter in Leviticus which calls homosexuality an abomination also calls eating shellfish and ..."
Michael Neville Whitewashing Christian History in The Reason ..."
"If you say to everybody, “Anyone who thinks homosexuality is a sin is a bigot,” ..."
Jim Jones Whitewashing Christian History in The Reason ..."
Browse Our Archives
get the latest from
Godless in Dixie
Sign up for our newsletter
POPULAR AT PATHEOS Nonreligious
1