The Worst Parent Ever 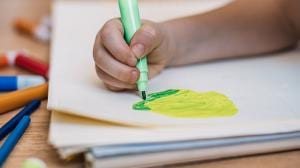 Are you a parent? If you are, then I’d like you to try a thought experiment.

Imagine that your 4-year-old child struts up to you and proudly hands you a colorful drawing of, well…you’re not entirely sure WHAT it is. Then she tells you that it’s a drawing of her and you, neither of whom are discernible to you in the scribbled mess on the paper. So you respond to her thusly:

“This looks nothing at all like either one of us. In fact, it looks exactly like nothing at all. You’re really terrible at drawing, and I cannot accept this level of work from you. It’s going in the trash now. Go to your room, and come back to me when you’re doing better work.”

What, you wouldn’t think of responding that way? But it’s technically true, right? It’s a scrambled mess of colorful scribbles and no one would ever pay money to hang it in their gallery. So why not just tell her it’s awful and demand better work?

Because you’re not a terrible parent, that’s why. No sensible, loving parent expects world-class professional art from their 4-year-old. Nor would you reprimand your child for gifting you such a sweet expression of adoration. You’re not a monster.

Now go back and take another look at the Christian narrative, the “good news” if you will:

GOD LOVES YOU as his own child and he wants to have a relationship with you. He made you to be just like him, except you’re not at all like him. You fall short of every single expectation he has for you, and as a result you must be punished. Only a miracle could save you from the consequences of falling so short of what he wants from you. But good news!…He has provided just such a miracle by sending another child to do it right, finally…and then punishing him instead of you. Everything is better now and you can go ahead and keep sucking at everything you do. Even though he will never quite like what you present to him, he will forgive you for it now.

Does anything in this narrative make emotional sense at all? Would this make God a good parent?

We are told that God is, above all, a loving father and we are his children. All parents are to emulate his example because he is the only perfect parent. But expecting moral perfection from a species of hominids who only recently learned to stand up and make fire and plant crops makes no sense at all.

Any truly loving parent for this species would see us for what we are: a work in progress, still evolving, still learning new things all the time. As Bishop Shelby Spong once said,

We are not fallen angels, but emerging beings.

That turns the biblical narrative on its head, though, doesn’t it? In the Christian story, God created us perfect and then we fell. That’s the language it uses, and it’s remarkably clear.

According to the Bible, God wanted one thing from us but got something totally different. Then he became quite angry that we didn’t measure up, at one point drowning every living thing on the planet save for a representative handful of each species at which point the disappointment cycle starts all over again.

How does this make any emotional sense at all? The usual argument is that God’s ways are higher than our ways, so we shouldn’t expect his emotional life to be similar to ours. It’s not like we’re made in his image, or anything. It’s not as if anyone is telling us to emulate his example in our personal lives, right? He would be the worst parent ever.

REMEMBER WHEN Jesus cursed the fig tree for not bearing any fruit…and it wasn’t even the season for figs? It’s one of those stories that make you scratch your head, especially since Jesus is supposed to show us what God is like. But maybe that story captures the complete lack of emotional intelligence I’m talking about. Why would someone get mad at a tree for being out of season? Is that even the tree’s fault?

Once you look past the church’s sugar-coated presentation, this incongruity lies at the heart of the Christian salvation narrative: arbitrary punishment for things over which we have little control—things that are simply a part of being an evolving, real-life organism. Not fallen angels, but emerging beings.

If your starting point is that we have fallen from a great height to which we need to be restored, you are thinking like the parent who reprimands their preschooler for submitting bad art. That is how you have to think in order to believe that a still-evolving species should be punished for being where we are in our development. It makes no emotional sense, and unfortunately the entire Christian enterprise rests on top of that foundation.

If the Father of this family behaves this irrationally, just imagine how dysfunctional the rest of the family must be. I don’t see how they could be anything else. 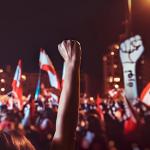 June 18, 2020
Dear Preacher, It Isn't Your Fault (But It Is Still Your Responsibility)
Next Post 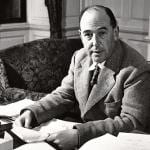 July 22, 2020 C.S. Lewis and the Law of Nature
Recent Comments
0 | Leave a Comment
Browse Our Archives
get the latest from
Godless in Dixie
Sign up for our newsletter
POPULAR AT PATHEOS Nonreligious
1

The Entirely Unsurprising Sexism That Russell...
Roll to Disbelieve
Related posts from Godless in Dixie