What Kind of Parent Would Your Faith Make?

What Kind of Parent Would Your Faith Make? February 2, 2021 Neil Carter 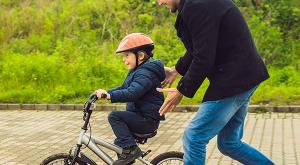 We are not fallen angels but emerging beings. —Bishop Spong

I’ve been trying for a while to boil down my chief objections to the faith of my youth, and I think I’ve settled on the metaphor that best sums it up.

I’ve decided my greatest problem with the Christian faith isn’t its avoidance of responsibility for anything that goes wrong in the world, like, ever. It isn’t the martyrdom complex they can’t seem to shake no matter how much power over everyone else you give them. I’m not even upset anymore that it made so many promises that it later shamed me for expecting to see become a reality. I’ve had plenty time to get over the way it drives wedges between families, especially since Jesus warned way back in the beginning that would happen.

I can even excuse how messy and inconsistent the Bible itself is. I used to spend hours debating people about the reliability of ancient religious texts or of church tradition but I’ve (mostly) learned this is a waste of time. Of course now that I’ve said that, one of my next articles will be another chapter review of an apologetics book—but that’s because I’ve got some unfinished tasks to complete, not because it’s the only thing I want to talk about.

I’m not even all that bothered anymore by the way this faith teaches people to deny themselves things that would make this life better because they’re banking everything on getting another one. A lifetime of delayed gratification has burdened death with a lot of high expectations for Christians, which explains why they may fear dying even more than everybody else. They’ve spent a lifetime daily gambling everything on a single future outcome which they cannot know for sure isn’t a lie until the moment after they die.

Read: “The Christian’s Wager: Why Faith Is a Bigger Gamble Than Disbelief“

My faith tradition taught me to see myself as a broken tool needing fixing more than as a child still learning how to live as a grown-up. Ultimately, I was told I was property that had been purchased for someone else’s use. Parenting metaphors do appear throughout the text of the Bible, although the way it speaks of us even in those places is primarily critical, as if we’re not performing up to snuff. As a parent, Yahweh is positively mean.

To me, this is the fundamental flaw of most kinds of Christianity. It comes to us more like an unhealthy parent than a healthy one. Instead of seeing us for who we are—a member of a species which only recently learned to stand upright and cook our food—God comes to us in the Bible as a disappointed father who seems to expect full maturity from infants the moment we are woven together in our mother’s womb. Talk about being fearfully made.

When your children are little and they bring you their incomprehensible artwork to admire, you don’t respond by reminding them how far they have yet to go, do you? You don’t guilt them for being small and unskilled, tossing their artwork in the fireplace, do you? No, you put it up on the fridge because it’s exactly the kind of artwork you would expect from a child their age. Even if it weren’t, you’d probably pretend it was prodigious. You do this because you know how to parent your children age-appropriately, and while your ultimate goal for them may be excellence and self-sufficiency, you know better than to demand such things from a toddler. You don’t start out expecting full maturity.

But that’s not how things are framed in the Christian faith, is it? The story I was told is that we all have sinned and fall short of the glory of God, being separated from God by our shortcomings. We are fallen angels rather than emerging beings, to invert what Bishop Shelby Spong said. The Bible tells us that our Father-Who-Art-in-Heaven demands perfection, and both the Old and New Testaments tell us whenever we fall short of it, it makes him very, very mad.

And no, telling us that he took his anger out on someone else doesn’t make him sound better. It just makes him sound like he has dangerous anger issues. I wouldn’t respect a man more for not beating his daughter simply because he already beat his son on her behalf so now he’s over it. What a psychotic solution to perceived guilt!

We’re already insecure enough without piling on more expectations to be something other than what we are, which is human, an introspective animal still learning how to do pretty much everything.

Putting Yourself Out of Work

Healthy parents also empower their children to learn how to live and thrive without them around. It takes decades, but good parenting eventually teaches children to be self-sufficient, or at least as independent as possible. In a manner of speaking, a healthy parent’s goal is to try to work himself or herself out of a job. Intentionally keeping your kids dependent on you forever makes you a sucky, dysfunctional parent.

Which kind of God did you grow up with? I don’t know about you, but mine reminded me daily how much I am nothing without him, how I need him for the strength even to get up in the morning. I was told I couldn’t think, couldn’t decide, couldn’t love without God, and I was told it would always be that way forever and ever. This, I was told, is a healthy way to think of myself.

But it’s not, and I’ve been a parent long enough now to see just how awful this way of thinking really is. I’ve seen these kinds of codependent relationships in families and it’s never pretty. Thirty years in, some parents are still pulling on their children to meet their emotional needs instead of releasing them into adulthood to pursue their own goals and aspirations.

I have four daughters and I can tell you that I want to see them become their own women, not somebody else’s, and certainly not mine. I’d like to see them go more places than I have, to meet more people, and to learn things that I’ve never known. I don’t want perpetual dependents, and I cannot imagine that any that other father worth his salt would.

But the faith of my youth actually celebrates perpetual dependence, praising it as a cardinal virtue. The more helpless and broken and dependent a song makes a Christian feel, the more often it gets played on repeat. It’s a narrative you are taught to rehearse with yourself on a daily basis. But it’s not good news. This kind of talk keeps you stuck in a particular kind of loop so that you will never leave. How could you? You never mature out of it, you never get better, and if you don’t like it that’s your fault. How dare you want to be independent? It’s an unacceptable move.

In the end, it is this emotional “feel” I get from my former faith which tells me all that I need to know. I’ve typed hundreds of thousands of words into this space trying to detail my reasons for changing my mind about the beliefs I once had, but nowadays it comes down to this:

You shouldn’t spend too much time with anyone who makes you feel like a failure at life. And yeah, I know what some of you are thinking. You’re thinking “But that’s me…I’m the one who keeps doing that.” And yeah, that’s precisely why you don’t need anyone else adding their voice to that self-loathing chorus. The voices are already loud enough as they are without any more help from above, so to speak.

Good parents build up their children, and they always work toward making them less dependent, not more. Now go back and look at the God of Christianity. Which one is he?

[Image Source: Adobe Stock]
_______
If you’re new to Godless In Dixie, be sure to check out The Beginner’s Guide for 200+ links categorized topically on a single page. 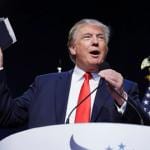 December 13, 2020
Trump Laid Bare the Gullibility of the Church
Next Post 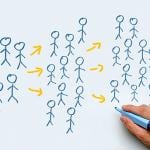 Nonreligious
C.S. Lewis and the Art of Holy Deception
Godless in Dixie
TRENDING AT PATHEOS Nonreligious