Straw Skepticism and The Reason for God

Straw Skepticism and The Reason for God May 11, 2021 Neil Carter 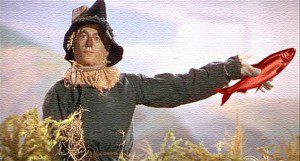 It’s difficult for me to take a book seriously when it misrepresents my own views as consistently as does Tim Keller‘s The Reason for God.  I am only on chapter three and already I’ve encountered enough straw men and red herrings to make me want to quit reading. The next chapter is the one that made my blood boil so badly I actually did have to put the thing away for a while. I’ll share that one tomorrow.

Like every other Christian apologist I’ve encountered, Keller is pushing a narrative that slavishly follows the source documents of his religion by insisting that people only reject his faith because they want to live how they want to live. It’s all about being your own boss and not being subject to a higher power. It’s never about legitimate epistemological concerns or a sincere need to see credible evidence before buying into an alternate view of reality.

Keller’s approach to apologetics cannot acknowledge those as genuine concerns. That’s too bad, since at the beginning of this book he offered such lofty sentiments about authentically wrestling with doubts because, as he put it, “such a process will lead you…to respect and understand those who doubt” (p. xvii). Sadly in the end, like Procrustes, he seems compelled to squeeze the cultured despisers of his faith into a mold that fits his theology because that’s just what evangelicals do. They can’t seem to help themselves.

Let Me Tell You What You’re Really Thinking

In the first half of his book, Keller says he wants to “review the seven biggest objections and doubts about Christianity [he’s] heard from people over the years.” But it seems to me chapters one and three take on essentially the same topics twice (relativism and postmodernity), framing things in ways that fit his theological aims better than they fit what most skeptics I know actually think. I don’t recall ever coming across anyone who left the Christian faith because “it was too limiting,” and yet he claims this is one of the most common challenges he hears.

He also seems convinced that skeptics don’t believe there is such thing as truth at all, and he suggests that’s because to do so would only mean they would have to subject themselves to someone else’s control (as if that’s the only possible outcome of discovering truth). He conflates skepticism with his understanding of postmodernism, quoting C.S. Lewis and G.K. Chesterton to buttress his argument. He reminds us that Chesterton warns:

The new rebel is a skeptic, and will not trust anything…For all denunciation implies a moral doctrine of some kind…Therefore the modern man in revolt has become practically useless for all purposes of revolt. By rebelling against everything he has lost his right to rebel against anything. (p.38)

In other words, these apologists reject the ethos that says you should question everything because they feel it’s a self-defeating ideology. They see it as a categorical denial that a single true way to see a thing exists. But that’s a mischaracterization—certainly of skepticism, if not of postmodernism as well (I touched on that in my response to chapter one).

Most skeptics I know reject the claims of the Christian faith because they feel they lack evidential support. It’s not that believing in one god out of the hundreds available would be too narrow. It’s more that they don’t see good reasons for believing in any of them. But that’s not what Keller sees when he looks through his evangelical pastoral lens. He sees people wanting the freedom to make moral choices according to their own individual preferences.

In this view, “freedom” means that there is no overarching purpose for which you were created. If there were, we would be obligated to conform to it and to fulfill it, and that is limiting.(p.36)

Keller can’t seem to let this idea go. He is convinced that the real problem here is an unwillingness to bend the knee to an ideology that he believes everyone knows is true, somehow. But they don’t. And it amazes me that for all his talk of empathizing with unbelievers, he cannot see past his own theology enough to allow us to describe for ourselves why we don’t believe. Perhaps out of the thousands he has spoken with, a handful have indeed fit his preconceived notions, with selection bias then taking over from there, so now that’s all he sees.

There is a simple way through this misunderstanding, of course. You could present persuasive evidence that validates the claims of your religion, then people would have a reason to change their minds. That’s assuming of course that you have something more to give them besides logical syllogisms or a leather bound religious text.  Like Captain Cassidy often says, arguments aren’t evidence, and quoting the Bible isn’t either, by the way. The reliability of the book is one of the religion’s claims, and you can’t use one of the claims to support the rest of the claims. That’s not how it works.

I suspect I know what Keller might say to this. Keller would say that even if we were to be presented with evidence, we would still reject it because we wouldn’t be willing to submit ourselves to the control of another person. Impugning our motives for doubting conveniently avoids the burden of proof, but I can certify that many of us have already proven our willingness to subject ourselves to someone else—some of us for decades—so this particular indictment doesn’t stick at all.

Theism, generally conceived, posits a divine referent for every decision human beings make. Underneath all values and priorities, humans are constrained to follow someone else’s dictates—assuming the gods in question have any human-related desires at all, or that we can know what those are.

Humanism, on the other hand, assumes that human beings have no transcendent referent to which they can appeal. Strictly speaking, it doesn’t even assert that there cannot be any gods—it simply says that if we are going to make it as a species, we will have to find our way without invoking a higher power. We’ve tried that already, and history has demonstrated that humans suck at agreeing with each other about which higher power we’re supposed to be following anyway, much less what he, she, or it wants from us.

But Keller doesn’t see the collectiveness of humanism. He sees it as a purely individualistic ideology. He keeps referring to “The popular concept—that we should each determine our own morality”(p.47). This is a common misconception perpetuated by preachers and apologists alike. It’s so much easier to poke holes in a misrepresentation of your opponent’s views. Just don’t expect the other guy to take you seriously. Whatever you just critiqued, it wasn’t what he actually believes, so you wasted your time.

Humanistic ethics are constructed out of larger, broadly-conceived concerns about what is good for the largest numbers of people possible. They take into consideration all of humanity, not merely one nation, one religion, or one subculture. There is a balancing effect that comes from applying what we have learned over the course of human history from the widest variety of people possible. It levels the playing field because voices previously privileged will be less likely to drown out the voices of those whom your tribe most naturally overlooks and underrepresents. Unlike Evangelicalism, humanism is an innately liberal and progressive ideology.

Throughout this book, Keller is going to build a case for the superiority of his own religious tradition. He is going to argue that his religion—and his religion alone—deserves credit for most of the social progress that humankind has experienced. Many of these pages positively ooze with Christian exceptionalism, as if what his worldview has to offer outstrips any other worldview around. I remember harboring that much arrogance once, although at the time I had no idea it was so egocentric.

I will argue in my next post that Keller’s faith tradition has failed miserably to earn those accolades, making his case all the weaker. The historical dishonesty is astounding. Come back tomorrow and I’ll show you what I mean.

May 12, 2021 Whitewashing Christian History in The Reason for God
Recent Comments
0 | Leave a Comment
"The Roll to Disbelieve community calls it the "Law of Conservation of Worship": in some ..."
ORigel Why Everything You Do Is Wrong
"Thank you Neil for once again unpacking the mindfu(kery and disingenuous pseudointellectual slight-of-hand of Keller. ..."
Positivist Why Everything You Do Is Wrong
"Yup, as Captain Cassidy says, you aren't jesusing well enough. Just do that, keep jesusing ..."
Jennny Why Everything You Do Is Wrong
"I love the Greek gods, but you do have to admit that extra arms can ..."
Silverwolf13 Four (Bad) Reasons For God
Browse Our Archives
get the latest from
Godless in Dixie
Sign up for our newsletter
POPULAR AT PATHEOS Nonreligious
1

Hell in the 4th Century: Things...
Roll to Disbelieve
Related posts from Godless in Dixie