Your Religion Is Special, Just Like All the Others

Your Religion Is Special, Just Like All the Others July 1, 2021 Neil Carter 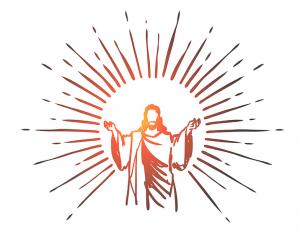 I remember once believing that my religion was unlike all other religions in the world. Christianity was special, possessing qualities that no other religion had, and for me that spoke to its authenticity.

I can’t recall why I thought uniqueness automatically validates a belief system, but it was a core tenet of my faith that the deal you get with Jesus is better than what you could get from anybody else. It’s a deal so good, so intrinsically appealing, that it probably shouldn’t be put with the others at all. I was taught in fact that it’s not a religion, but a relationship.

Read: “It’s a Religion Too, Not Just a Relationship“

Tim Keller wants you to see it that way as well, and in Chapter 11 of his The Reason for God, he rolls out the Christian exceptionalism at the very start:

This is called special pleading and it’s one of the most basic ingredients of the Christian faith. They sincerely believe what they’re offering is so different that it belongs in a category all its own. None of the normal vocabulary or rules apply—especially the ones about maintaining personal or social boundaries. *sips tea*

This business of pitting moral effort against grace traces back at least to Martin Luther if not to the Apostle Paul himself. It is a key element in Protestant theology that you cannot earn your salvation. Earning implies effort, and that’s what all the other religions are offering you, but not this relationship. This one is special. It’s a free gift! Except that like all other free gifts, it is neither free, nor is it really a gift.

One glaring problem with this Law vs. Grace dichotomy is that you cannot read the New Testament honestly without picking up the moralistic thread running throughout the canon. At one point or another Jesus, Paul, and Peter each tell us that people who do [whatever] will not inherit the kingdom of Heaven. James explicitly argues that faith alone cannot save you, and that works are required for it to be any good. Protestants have rationalizations for each one of these things, but they all require downing a huge gulp of cognitive dissonance.

Read: “How Faith Breaks Your Thinker“

To be fair, evangelicals don’t realize that their beloved law/grace trope was predicated upon a ghastly misrepresentation of Second Temple Judaism that unfortunately became the standard narrative for centuries. But so much historical study has been done over the last 70 years since the discovery of the Dead Sea Scrolls and the Nag Hammadi Library that our understanding of the religious world of the New Testament era has been dramatically altered. A deeper look into the rabbinical tradition from that era has given us a better picture of the people about whom, and against whom, the New Testament was written.

What we know now is that the people and views of Paul’s day were scarcely like what we see either in his letters or in the gospels produced by the churches he founded. In both places we find teachers of the law portrayed as two-dimensional villains filled with condescending self-righteousness, bent on the superficial observance of manmade rules and regulations. Nothing we’ve found in our study of that era corroborates this image, which prompts us to ask: Why did the gospels present them that way?

They do so because Paul needed a foil for his own peculiar theology—a legalistic backdrop against which his way of putting things improves exponentially by comparison. That’s what produced the Pharisees whom we find in the Bible today. Thanks to the way we got all of our earliest traditions, both Jesus and Paul seem to announce in unison, “My gospel isn’t like what you get from the others. What I have to offer you is truly good news!”

So what exactly is this good news we keep hearing about?

Not So Amazing Grace

No matter what your current self-evaluation may be, Christianity aims to lower it. It’s an essential component of the whole enterprise. Their first order of business is to convince you that you are much worse than you think you are, no matter how poorly you already think of yourself. A religion like Christianity depends on our supply of guilt and shame, and fortunately for them those are both renewable resources.

For Keller’s brand of Christianity to be relevant, sin has to be so broadly defined as to include potentially everything a person does. It’s not enough to draw up a normal list of vices for which people deserve public or private censure. In the mind of an evangelical Christian, even virtues are vices when motivated by anything other than faith in Jesus, specifically:

How would we discern which motivation drives us, anyway? Not that it matters since, in Keller’s scheme, even doing good is bad and apparently we need saving from both. I can’t imagine a more subjective metric than this for evaluating human nature, which makes it a perfect fit for the Christian faith.

Read: “Why Everything You Do Is Wrong“

Keller likens us to Mr. Hyde, the monster lurking beneath the surface of the outwardly healthy Dr. Jekyll. I suppose it’s no surprise that Robert Louis Stevenson, the grandson of a Scottish Presbyterian minister, would possess such a dark view of human nature. As a sickly youth, he spent many nights listening to his parents read Pilgrim’s Progress, instilling deep within him that human beings are terrible, wicked creatures to our very cores.

Keller insists that none of this is bad news since he knows a way out of our predicament. Unlike all those other religions that demand obedience from you before you can be right with God, the Christian faith offers an alternate route to reconciliation with the divine in which obedience is the product, not the pre-requisite:

I wonder though, isn’t that making faith a “work” of its own kind? If I’m already accepted, why must I believe correctly before it makes any difference? If this really is a free gift, why am I being told so many things to do? Why are there so many strings attached to this free gift, and why does the fine print keep growing and changing every decade I’m alive?

Protestants feel superior to Catholics because they believe that they alone possess a relationship that isn’t earned, but is freely given by God through Jesus. For evangelicals in particular, the only thing you have to do is believe the right things about salvation itself. If you don’t do that, you go to hell. It’s that simple. Ultimately disbelief is the only unforgivable sin. Jesus paid it all, but somehow he didn’t cover that.

An Offer You Can’t Refuse

Keller closes the chapter with another allusion to Christian fiction, this time from Les Miserables. He tells of how the bishop who sheltered Jean Valjean showed grace to him and changed him into a better man while Inspector Javert only understood mercilessness and punishment. By the end of the story, these two main characters came to personify Law and Grace, and of course the latter wins the day. It’s a moving story, and the musical it inspired remains one of my favorite broadway performances.

But Keller’s inclusion of this story reminds me of the good cop/bad cop routine so prevalent in literature and film. One of the most effective ways to get people to go along with what you want is to present them with two options that hardly leave them with any real choice at all. On the one hand they have an offer of grace, love, forgiveness, and mercy. On the other they have an angry, vindictive, ruthless disciplinarian who will stop at nothing to extract the maximum penalty for whatever it is that you did. Only a fool would choose door number two when door number one is so much more appealing by comparison.

What you have to realize about the good cop/bad cop routine is that they are both still cops. They are actually on the same team, regardless of how it appears to the person on the other end of the interrogation. It’s an effective tool of manipulation, which explains why it’s been used for centuries to keep people in line. It’s also at play whenever Jesus is cast as the one who saves us from the wrath of his own Father.

The Pharisees we find in the New Testament weren’t real people so much as they were constructs designed to make you appreciate anything better. Naturally, that’s how apologists like Keller present every other worldview besides their own.  But if what they’re offering really is free (or already paid for), they shouldn’t be telling me there’s something else I have to do to get it.

If it’s really an offer of grace and love, then there shouldn’t be a baseball bat wiggling around behind their back. That’s not grace, that’s coercion. And no, it doesn’t make things better to tell me it’s alright now because God already used the bat on his only begotten son. As Chidi said in The Good Place, “You do get how that’s worse, right?” I’ll tackle that topic in my next chapter review. Stay tuned. 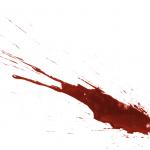