Why the Church Keeps Getting Covid Wrong

Why the Church Keeps Getting Covid Wrong August 16, 2021 Neil Carter 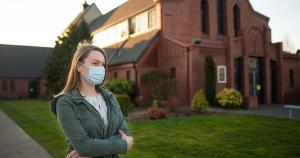 I live in the Deep South, and now that the Delta variant is here, I’m back to wearing a mask again wherever I go. School started back for us last week, and masks are mandatory because our district doesn’t have any wealthy white people bullying the school board into disregarding the pleas of every hospital and infectious disease expert in the country.

Americans don’t appreciate expertise in general, in case you haven’t noticed. Even the ones who have achieved mastery in one discipline seem to believe that makes them know as much as the experts in all other fields as well. Where I live, people are quick to believe that a radiologist on FOX News or OANN knows more about viruses than an actual epidemiologist featured on any other network. They can’t seem to tell the difference—or worse, they just don’t care.

Christianity in America compounds this problem because it already has a strong anti-intellectual bent built into its source material. The Bible is replete with examples of Yahweh instructing his people to do the opposite of what seems logical in order to highlight the miraculousness of their delivery in the end. “Lean not on your own understanding,” the Good Book says, as does the framed word art in millions of homes all over the country.

But whose understanding are they supposed to lean on when an actual plague sweeps the land? The preacher’s? He went into ministry only after flunking out of all of his math and science classes. Incidentally, this is another reason why I wish the church would put more women in charge. How many churches filled this week with unmasked, unvaccinated people do you think are being led by women? I’ll bet it’s not very many. I’d love to see the numbers on that.

White evangelicals in particular trust the Republican Party to handle all matters of public policy and social concern, so when the leaders of their party announced that Covid was nothing out of the ordinary and would disappear on its own, they believed it. Even after more than half a million lives have been lost in our country alone, they still believe that masks are part of a government conspiracy to control our lives, and the vaccine probably has a microchip in it or something. The more invisible the bogeyman, the more readily they will fear it. They’ve been training for this particular kind of superstition their entire lives (see: Mark of the Beast).

Related: “Deconstructing the End of the World“

Which explains why they so easily believed The Big Lie that the last presidential election was somehow stolen. The culprits in the latest version of the scheme were so sneaky, they left behind no verifiable evidence at all. That’s what makes it undeniable for them. They say the same thing about the complete lack of evidence that any Hebrews ever lived in Egypt or in the wilderness between there and Canaan. This isn’t a bug for them, it’s a feature.

The truth is that the church decided long ago that science is an enemy of their faith. They’re still collectively sore about losing their cultural hegemony after the Scopes Monkey Trial all those years ago. They put their distrust of science on full display and soon after retreated from the public square, circling their wagons until the right moment arrived when a political party became so desperate for a reliable base, they were willing to come courting. Like a Faustian bargain but in reverse, the GOP sold their souls to Jesus in exchange for another few decades of survival, and it’s worked like a charm.

Ever since the days of Billy Graham, the Republican Party has told the church what to care about, and they have dutifully followed. That’s the one thing Christianity teaches you very well: How to follow someone else’s lead.

Related: What Does the Bible Say About Abortion?

Why Covid Loves the Church So Much

It seems to me there are three obvious reasons why the church in America became such a perfect petri dish for novel coronaviruses to mutate and advance, threatening the well-being of others around them–I mean besides centering their existence on gathering in large numbers in a single room to try and sing over the instrumentation.

1.) They don’t really believe in evolution anyway, so they’re not buying into this whole Delta variant nonsense.

Christians in America will accept the notions of evolution and common ancestry if and only if it can be made clear that God miraculously guided both in ways that are obvious. Random mutations are anathema since an Intelligent Designer would never create something that didn’t have a righteous purpose, so death and disease are the devil’s work, or else they’re at least the multigenerational effects of sin (same thing, different words).

But moralizing death and disease has a funny way of making people think that only God can cure such things, making all those highfalutin’ doctors sound like fools who think they know anything at all about communicable diseases. Why worry about little germs when America is being systematically dismantled by secular humanists and the gays? Surely this Corona stuff is all just a false flag created to distract the church from what really matters, which is preserving the family structure exactly as it existed in the minds of white people in the 1950s.

2.) They’re programmed to look for a deus ex machina–something to swoop in and save them at just the right moment.

The reality is that no one is going to save us but we ourselves. Unfortunately, the Christian faith teaches people the exact opposite. According to that narrative, humans are incapable of deciding for themselves what we need so we must rely on some form of miraculous deliverance by God or else suffer the consequences. Fear not what harms the body while our soul’s eternal destiny hangs in the balance.

This is how the doctors became the enemy of God in all of this. They are presenting themselves and their science as the salvation we need rather than faith in God himself. Shame on them. They must have been sent by the devil.

When logic contradicts an article of faith, it means you got the logic wrong, period. Or maybe the logic is meant to test your faith, teaching you to rely on what God says rather than on what human ingenuity tells us. However you arrange the formula, the end result is always a guaranteed surrender of the will to some authority or another. In Christianity, surrender is a cardinal virtue. Maybe that’s why it’s always been so popular in the Deep South.

I’m convinced growing up in church breaks your thinker, and the last few years have made it abundantly clear that I’m not wrong. I used to think the worst consequences of this are personal (self-doubt, dysfunctional relationships, escapism, etc) but I’m quickly learning they can be very public and very deadly.

I’ve run out of patience for diplomacy on this topic because my students are walking into my classroom every day not knowing whom to trust anymore. They’re distrustful of doctors in general and they are awash in fake news and conspiracy theories misdirecting their anxieties into the wrong places, placing the blame on all of the wrong things.

It wouldn’t be so bad if so many Americans hadn’t grown up being told that the more irrational a thing is–the more incongruous it is with the human mind–the more likely it is to be true. In doing so, the church did a great disservice to us all.

We’re facing a reckoning, and I wish I could believe the church will learn from their mistakes, but I know better than that. Facts are no match for the human mind, which is capable of bending like a pretzel around whatever it must in order to protect what it believes. Churches in America will find a hundred scapegoats before they ever take responsibility for their own denialism, which is ironic since a scapegoat was the catalyst for their religion in the first place. As I’ve said before, the church will always identify with David, even when they’re Goliath. They will worship Jesus even while pining for the fasces of Rome. 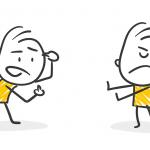 July 20, 2021
Why the Gospel Doesn't Work on Exvangelicals
Next Post 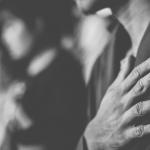 August 22, 2021 Christians Need Their Faith to Be True
Recent Comments
0 | Leave a Comment
Browse Our Archives
get the latest updates from
Godless in Dixie
and the Patheos
Nonreligious
Channel
POPULAR AT PATHEOS Nonreligious
1