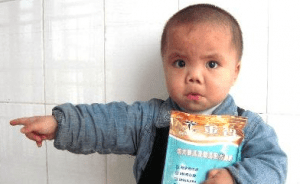 The RULES OF ENGAGEMENT on Godless in Dixie are very simple.

Rule 1: It’s my blog; I can do what I want.  This blog space isn’t a democracy.  It’s a personal blog, not a government entity. You can whine all you like about free speech, but in here bigotry and verbal abuse will not be tolerated, and in here it is up to me and the other moderators to determine when that is happening.  I’m a patient person, but if you verbally mistreat me or my readers, I will remove you from this space and not lose a second of sleep over it.  This is called the Divine Command Theory of blog moderation.*

Rule 2: Refrain from personal insults or you will be banned.  The GiD moderating team will remove commenters who are repeatedly racist, sexist, classist, or bigoted in any other way. Disagree, but do not disrespect; there is a difference.  Disagreement and healthy debate are welcome, but if you cannot discern the line between disagreement and disrespect, the GiD team reserves the right to do that for you (see Rule 1).

Rule 3: Don’t be a thread hog.  Again, I welcome substantive discussion, even argument.  But some people cannot keep on topic, and they seem unable to discern when they’ve changed the subject to things unrelated to the article above.  This is not a platform for your own pet topics, and it’s not a pulpit from which you may preach (see note below).  If you want everyone to listen to you, get your own friggin’ blog.  If I see you posting 600 comments that contribute little substantive content to the discussion or else keep changing the subject to matters not under consideration in the OP, either I or the GiD mod team will just remove you (again see Rule 1).  We may warn you, we may not.  Depends on how busy we are.

ONE MORE NOTE from the moderators:

On Preaching and Proselytizing

The following types of comments will be treated as spam and may be deleted without any warning if they:

Repeated posting of irrelevant content or religious proselytizing will result in that poster being banned from commenting on Godless in Dixie.

* Several have already criticized my tone in rule one, as if this represented a change in policy.  But it has never been my policy to allow rude and inconsiderate commenters to say whatever they want.  I am only making as explicit as I can what my policy has always been.  Insufficiently moderated comment threads become overrun with virtual bullies, and I’m just letting you know you need to find someone else’s sandbox to play in.