Atheist Inmates In their Own Words: Innocent on Death Row?

Atheist Inmates In their Own Words: Innocent on Death Row? March 13, 2018 Courtney Heard 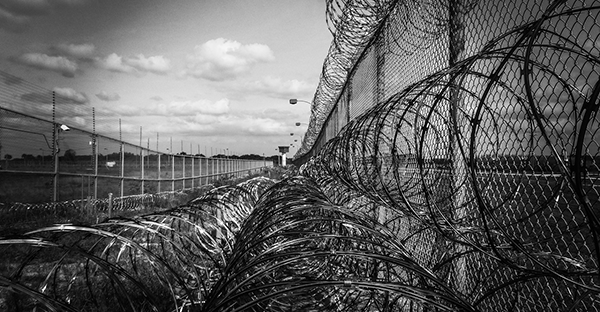 This post is part of a series on what it’s like to be an atheist in prison. To read other parts in the series, click here. Some of these inmates have done things that, to many of you, will be unforgivable. I will be disclosing some of their names, so you can easily find out what they’ve done to end up in lockup. You may be disgusted to find out their crimes, and you have every right to be. This series, however, will not be about their crimes for the most part. I’m interested in painting a picture of what life is like for nonbelievers in the joint. If you find it is too upsetting to be part of giving them a platform, please choose not to read this. You don’t have to be part of it.

With that said, I’ve sent each inmate some preliminary questions to get the conversation going. If you find you have questions that arise as you read their responses, please post them in the comments below or email them to me @ mommy@godlessmom.com and I will make sure the person gets them.

This wasn’t supposed to happen. When I started this series, I reached out to many atheist inmates across the U.S. but could only find one on death row. At least, one that had an ad up soliciting penpals. Pablo Melendez in Texas.

I wrote to him just like I wrote to a handful of others before him, expecting a remorseful reply. If there’s one thing I’ve learned in my years raising awareness for prison issues, it’s that the old cliche that all inmates claim innocence is simply not true. The vast majority of convicted felons I have spoken with are pretty open about their guilt. Especially those on death row. I expected Pablo to be no different. I wrote to him and awaited his reply.

In the time between writing to Pablo and hearing back from him, I’d gotten a few letters back from other inmates. The tone in all of these letters was low and depressing. The men spoke of their many regrets; of their frustrations with prison life; of who they missed on the outside. When I got a letter back from Pablo, it was different. Pablo was full of positivity. Pablo seemed happy just to have life. He was the only inmate to ask me how I was doing and his letter was filled with such relative cheerfulness that, to be honest, I was a little bit taken aback.

I decided I needed to know more about Pablo. My interest in writing to him had never been his crime nor his guilt, but rather how he was treated on death row as an atheist inmate. As such, I had never looked up what he’d done to get there. I knew it had to be bad, though. Texas may be all too happy to hand out death sentences, but they still only do it in response to murder. Polunsky Unit residents, like Pablo, were all convicted of murder.

In Pablo’s case, I came to find out; it was a man he’d robbed. It was at a gas station in Fort Worth, Texas. Pablo pointed a gun at two men, demanded money and then shot them both. At least, that’s the version of events the prosecutors in the case would have you believe. One of the men survived, but Michael Sanders died from his gunshot wound, turning it into a murder case. A run-of-the-mill murder case that ends with the death penalty, I thought… until I noticed the date.

The crime that Pablo is on death row for happened in 1994. Now, there are a lot of death penalty states where inmates sit in their cell for decades awaiting their turn with the needle. The thing is, Texas isn’t one of them. Texas is a rabid dog, snarling and drooling, held back from consuming the flesh of those who dare to break its laws only by the letter of the law itself. Texas is perfectly giddy to whip out the needle and be done with it, so executions tend to happen fast out there. Unless, of course, there has been a stay.

I decided to look further, to find out what obstacles had been in the way of executing this very cheerful Pablo in Polunsky Unit, Texas. He should be dead, not writing back to foreign heathens. What I found out was that Pablo had had an execution date in 2005, but received an eleventh-hour stay, just as I had predicted. His life was spared thirteen years ago by the Tarrant County District Court who wanted to examine his case for innocence.

If you’ve been a reader of Godless Mom for long, you know that raising awareness for wrongful convictions is very important to me. I did not, however, go out and find a man on death row whose guilt was in question. I suppose, given the statistics suggested by the Innocence Project, that I shouldn’t have been surprised that one of the inmates I contacted ended up having a strong case for their innocence, but I was. It never crossed my mind that I might reach a man who was wrongfully convicted, a victim himself of the overzealous, vengeful, entirely emotional criminal justice system in the United States.

I certainly was not prepared for it to be the only man I contacted on death row. Here he was, though. Mr. Melendez, on death row in Texas, whose case for innocence was strong enough to stop his execution.

The details of the case that put the conviction in question are pretty straightforward. First, the only evidence they have against Melendez is eyewitness testimony. If you read my series, Reasonable Doubt, you know that eyewitness testimony is, in a word, useless. The eyewitness testimony in Pablo’s case is even more so because it came from people who were also suspects in the same crime. In testifying against Pablo, these men avoided his fate. Second, a description of the killer was given to police by a bystander. The description was of a man with full facial hair, a ponytail and a tattoo. A photo of Pablo taken two days before the murder took place shows a clean-shaven boy with no ponytail and lacking a tattoo where the murderer’s description had claimed one to be.

Despite the only evidence against Pablo being what equates to jailhouse snitches and the other evidence in the case being exculpatory, the 18-year-old boy struggling with addiction was tried and convicted of a capital crime and has been on death row for over 20 years. Even the mother of the murder victim is convinced Pablo is innocent.

I wandered into this hoping for the perspectives of godless inmates in the U.S. prison system. I have now found myself communicating with a man about my age whose letter legitimately brightened my day and who could be put to death at any time for a crime he maybe didn’t commit.

It wouldn’t be the first time Texas did this if you’ll recall the Cameron Todd Willingham case.

So, I guess we get to know Pablo, even though doing so might mean heartbreak. I guess we compartmentalize what we know about his case and hear his answers to my questions about being an atheist on death row. I guess we just move forward and hope that the State of Texas doesn’t make the same mistake as they did with Willingham. As a humanist, this is difficult to do. As an anti-death penalty activist, this is especially difficult to do. As a regular human with compassion, this is going to be difficult, but without further blah blah blah, I give you, Pablo Melendez:

Thank you for your letter. It was very surprising, and yes I very much would like to be a part of this! Before I keep going, I hope this finds you in the best of health. How is life in Canada? Very cold, I believe? Me, I’m all here, and that’s all that really matters in my life because if I still have my mind, I still have a life. To me, it’s a challenge or fight to make it through another day and hope for another. Not sure but I think you got my info from a penpal ad which I haven’t had any luck with except for two people that try to preach to me. Since they took the time to write, I did the same and was respectful about it. I don’t want to hear it, but that’s all they seem to want to talk about! I respect people’s religion, I really do, but it seems at times that some can’t respect my beliefs.

Thank you for the opportunity! A lot of friends in here (which are not many) told me not to put atheist in my ad because I wouldn’t get any hits. I almost didn’t, but in the end, I just wanted to be myself. Also, I want to tell you that I learned to read and write in this place. It was hard, but I kept at it. I read my first book in here, which took me about a month, and it opened a new escape from doing time in this cell 22 hours 5 days a week and 24 hours 2 days a week. No job, no TV and no religious services in this place! I think a Catholic preacher and a Christian preacher walk around once in a blue moon to talk to some inmates. They have a list, but that’s it. An officer will be right there listening. There are some inmates that do get Minister visits for two hours, and that’s through a phone at the visiting room. Reading has helped me express myself better, but I’m still learning so when I write I’m really straightforward.

More from Pablo in part 2, click here. Sign up for the newsletter in the sidebar, right at the top so you can be notified when new posts in this series come out. 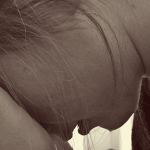 March 12, 2018
Your Stories of Atheism: Disowned For Leaving Religion Behind
Next Post 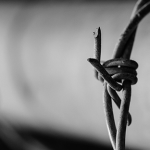 March 14, 2018 Atheist Inmates In Their Own Words: Pablo Melendez From Death Row Pt. 2
Recent Comments
18 Comments | Leave a Comment
Browse Our Archives
get the latest from
Nonreligious
Sign up for our newsletter
POPULAR AT PATHEOS Nonreligious
1