Atheist Life Hacks: How To Go To Church

The first time, I was four. It was a little chapel preschool and all my friends were there. I vaguely recall a chilling haunt that swirled around me, sitting under giant wooden crosses with near-naked men hanging from them. I didn’t ask about them, and no one told me about them as we repeated the golden rule, practised sharing and the alphabet and napped in the coloured sunlight streaming through the stained glass windows.

In second grade, my mom dressed me up in a puffy lace dress, cotton stockings and little black mary janes. My thick, blonde hair was blow-dried to perfection and a velvet red sash wrapped around my waist. I had a gold garland twisted around a wire halo attached to my head, and I stood next to my best friend, Tiffany Chang, and belted out “The First Noel” and “Hark! The Herald Angels Sing” to a congregation of proud parents stuffed in pews. I remember standing next to Lucas as he wet himself, crying that the dead man scared him. His tiny 7-year-old finger pointed to the 10-foot crucifix on the wall next to us, upon which there hung a dead or dying Christ, blood dripping from the wounds of his thorny crown.

“Lucas, that is our Lord and Saviour!” My teacher scolded him under her breath. When he wouldn’t stop crying, she ushered him into the cloak room during a particularly terrible rendition of “Oh, Holy Night!”. I turned and looked at the puddle on the carpet next to me, then up at bloody Jesus on the wall. Lucas was right. He was scary. After the concert was over, I gave Lucas a pat on the back and told him I was scared too, and these adults were crazy.

About a year later, I found myself sporting a little brown dress, with a little brown hat and a brown sash that went up over my shoulder, trudging into a different church. It was my first Brownies meeting, and I was looking forward to learning some of the skills my Mom had told me I would learn. The leader of our group asked us quietly to sit “criss-cross applesauce” on the floor in a circle. I sat next to Tiffany, again. We smiled at each other, excited about the adventures we would have with this club.

What’s prayer? I thought. I bowed my head, anyway.

“Dear God, thank you for…” The leader started. I opened one eye to peek, and saw Tiffany looking at me, confused. Her family was Buddhist.

The leader looked at me, horrified. I was asked to leave. I did. I didn’t go back.

My cousins were Baptized in the Catholic church down the street from me. I was scooted down the aisle and ushered into a pew. I slid to the end and stopped right next to a painting larger than myself, of a crying woman, clasping her hands, her head covered in a blue hood. There was the dead man again, hanging from a cross, bloody and emaciated, nailed to the back of every pew. I couldn’t look away; he was everywhere.

Solemn music began, and two round, bald men in white robes, one in a golden hat that looked almost like a dunce cap, made their way down the aisle. Decorated incense burners swung from chains in their hands, while in their other hands, the men clasped a copy of the same book. I noticed the same book in the back of the pew in front of me and picked it up. “The Holy Bible”. I’d never heard of it. I picked up the one next to it. “The Holy Bible”. The one next to that was the same, and the one after.

All this room for books and they only have one?

My curiosity was interrupted suddenly by my cousin crying. He was about five years old and being held down near the altar. The men in robes began speaking in sing-songy voices and chanting. I could feel my heart begin to pound. What are they going to do to my cousin? The music finally stopped, and my little cousin was presented to these old men. He was screaming at the top of his lungs. Tears fell from my own eyes, as my Aunt held my cousin out, while he struggled, as though offering him to these men. She leaned him toward what looked like a birdbath, and the strange-dressed men pooled water in their hands and poured it on my cousin’s head as he shrieked in terror.

“What are they doing to him, Mom?” I tugged on my Mom’s sleeve.

I heard the men chant about a father and a son and a ghost. I squeezed my eyes shut, and put my little fingers in my ears. I didn’t want to hear or see any of this anymore.

Finally, we were allowed to leave. After my family and I were buckled into our car, I spoke up.

“There isn’t, honey. Unfortunately, not everyone knows that.”

“But they are grown-ups, Mom!”

When my Great Aunt Mary died, we all piled into the Holy Rosary Cathedral in downtown Vancouver. The walls were adorned with wooden and brass crucifixes and golden sconces, stained glass windows and priceless art depicting horrific scenes of death and torture and desperation.

The room filled with the smokey smell of incense again, as the priest trudged down the aisle to the altar. When he finally stood at the front of the room, he reminded us that we were here to see off Mary, and then began to ramble about things that had nothing to do with her.

I was a teenager at this point, and I understood what was going on, and who the dead man was, and what was meant by the “Holy Ghost”, but it didn’t make this scene any less terrifying. He described a war between good and evil that sent me home with nightmares, not because I believed it, but because I was one of four people in the entire room who did not; because I’d lived my entire life up until this point without this stuff. I felt awful for my Aunty Mary. She was a powerful woman, who had travelled the world on her own and taken care of herself her whole life. She lived to 104 and walked all the way to the end. She deserved to be celebrated. This… this scene ended an incredible life with gore and horror and disgust. I never wanted to get out of a place so fast.

Just a few years ago, I attended a wedding in the same Catholic church I saw my cousin get baptised in. My son was almost two, and I was worried about exposing him to the horrific, scarring imagery that clung to the walls of the facility. He appeared sleepy, however, so I took the chance. He lay in my arms in the pew as my friend’s stunning wife walked down the aisle. She met him at the altar. Expecting them to turn towards each other and take each other’s hands, I was a little taken aback when I saw them kneel. There she was, in this gorgeous white gown, kneeling with my friend in submission to an imaginary power. I’d never seen anything so sad.

My little boy’s eyes opened and glanced around the room. His face began to fill with terror, and just as my friend and his wife began to pray and give themselves over to God, my little boy burst into tears. Godless Dad scooped him up in his arms and left the room as I watched, in utter disgust as these two beautiful people began their amazing lives together on their knees.

When it was all over, I made my way outside where Godless Dad and my little man were playing in the grass and said, “That was the most demeaning thing I have ever seen.”

Godless Dad nodded, “Yup.” and we headed to our car.

Your room of solace is decorated with bloody carcasses. Your sanctuary is immersed in gore. Your inspiration comes from meeting in a building that celebrates death and listening to a man tell stories of desperation, violence and pain. Your funerals are about death rather than life; your weddings are about submission. Your songs are lies; you only stock the shelves with one book and your rituals are nothing a child should be forced to take part in.

Your faith is depressing. It’s dragging you down. If only you knew how free you could be without it.

What did church feel like for you when you were young?

This post has been refreshed from an old one written on godlessmom.com.

Image: Credit goes to my Dad! Not to be reused without permission. 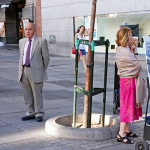 March 27, 2018
8 Times The Jehovah's Witnesses Were Wrong About The End Of The World
Next Post 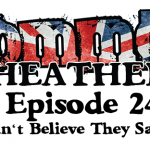 March 28, 2018 Podcast: I Can't Believe They Said That! Addressing Strange Internet Posts
Recent Comments
58 Comments | Leave a Comment
Browse Our Archives
get the latest from
Nonreligious
Sign up for our newsletter
POPULAR AT PATHEOS Nonreligious
1 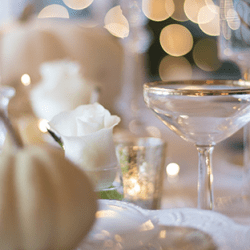