Bad Reasons To Believe In God: Aquinas’ Argument From Motion 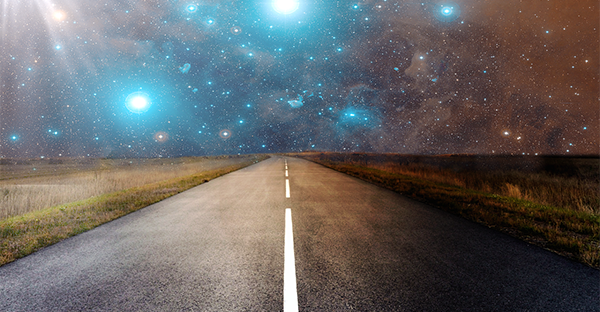 I was rightly called out by a believer the other day on Twitter – he asked me for my arguments against St. Thomas Aquinas’ proofs for god and I couldn’t direct him to any single post that addressed them. I mean, I’ve touched on each of these five arguments before but they were short paragraphs buried in posts about other things. I’d never actually tackled them head-on. When I started blogging as Godless Mom, I had never before thought about any of these arguments. My first attempt at taking down any sort of argument for God was when I posted about Pascal’s Wager in 2014. Where I grew up, god wasn’t really a topic that came up all that much.

Despite the fact that I’d literally never considered it before, I think I did alright knocking down Pascal’s Wager, but let’s be real for a sec: that’s no accomplishment. All it takes is a moment’s thought to see the flaws in Pascal’s Wager. So, I figure it’s about time to tackle a new argument and where better to start than with St. Thomas Aquinas?

Aquinas outlined the Five Ways or five proofs for God in his book Summa Theologica, written sometime in the 1200s. Yes, it would appear that the middle ages produced the best arguments for god, and I use the term “best” loosely because, as many of you already know, these proofs would have more use written as limericks – at least then they’d be entertaining.

The five proofs for god, according to Aquinas, are:

Today, we’re going to take a look at the first proof, the argument from motion. It goes something like this:

1: We can observe that some things are in motion.
2: Whatever is in motion is put in motion by something outside of itself (a mover).
3: There cannot be an infinite string of movers causing motion.
4: So, there must be a first, unmoved mover.
5. That unmoved mover is what we know as god.

Now, when theists approached me asking how I could possibly take down the arguments for god by St. Thomas Aquinas, I admit, I was a little bit intimidated. As we’ve covered before, I’m no philosopher or scientist nor any sort of scholar. Sure, I took a philosophy class in college, but I wouldn’t ever even begin to suggest I am in any way knowledgeable on the subject. So, yeah, I was a little anxious about taking on such a noted name in philosophy as Aquinas. I was expecting a real test of my wetware; at least a stronger argument for god than Pascal had offered up.

So, I guess you can imagine my disappointment when I actually sat down and read this first argument. It’s so holey, Jesus is jealous of it.

I mean, sure, the argument works…if you accept each and every premise and are willing to take a giant leap at the end. But I doubt there are many clear-thinking people willing to do that. There are problems with just about every premise and the conclusion itself ignores tons of possibilities. Let’s go through it, line by line, and take a look at all of these problems. The first premise, we can observe that some things are in motion, is something I think we can all agree on, so let’s move onto the second premise:

Whatever is in motion is put in motion by something outside of itself (a mover).

This premise presupposes that the natural state of the universe and everything in it is rest – that motion must be caused. This is not something we know. It’s not something any of us need to believe or accept. We do not know that all motion requires a mover outside of that which is being moved. Two steps in and we’re already being forced to accept something that cannot be demonstrated. However, if we did accept this premise and we moved on to premise three, we encounter even more problems there.

There cannot be an infinite string of movers causing motion.

My first question here is, how do you know? How can this be demonstrated to me? Why must we accept this? Do we know for sure that infinite causal regression is impossible? For argument’s sake, let’s pretend that we do; let’s accept this premise and move onto the next:

So, there must be a first, unmoved mover.

If there is a mover that didn’t need to be moved, then not everything that moves requires a mover. If everything in motion requires a mover, then there cannot be an unmoved mover – the existence of such would break the rule that everything that moves requires a mover. This premise cancels out the second premise, that whatever is in motion is put in motion by something outside of itself (a mover). We cannot accept both premises at the same time, unless, of course, we’re talking about an unmoved mover that does not move. Unfortunately for Aquinas, that cannot be the god of the Bible, because we know the god of the Bible is said to have moved. Once again, for the sake of moving forward, let’s just fake like we can accept all of these problematic premises and move to the conclusion:

That unmoved mover is what we know as god.

If we’re extra generous and we accept all the failing premises that lead to this conclusion, all we’ve discovered is that there is an unmoved mover. It is a giant leap to go from unmoved mover to the Judeo-Christian God of the Bible. The best we have done here if we accept the faulty premises leading to the conclusion in Aquinas’ first way, is give a good reason for deism. Hypothetically, we’ve proven a faceless, featureless, nameless mover about which we know nothing. We don’t even know that this mover is intelligent; we have no idea if this mover has desires or plans or rules. We don’t know if this mover is merciful or wrathful or omniscient. We certainly do not know that this mover transformed into a human, came down to earth to be crucified and turned a bit of water into wine while he was here.

As such, St. Thomas Aquinas’ argument from motion can just as easily be an argument for the Big Bang, Shiva or the Flying Spaghetti Monster. Aquinas has failed to show how he got from “unmoved mover” to Yahweh.

Aquinas’ first way, therefore, is a huge failure from beginning to end. It has failed to lead us to any sort of knowledge whatsoever, let alone the knowledge of a creator god who deeply cares about whether or not you touch your own naughty bits. It is a self-debunking argument, as it proposes first that all things that move require a mover and then goes on to propose an unmoved mover. In short, this argument is sheer nonsense and can easily be tossed into the same pile as the massively flawed wager put forth by Blaise Pascal.

Next week, we’ll take a look at St. Thomas Aquinas’ second way, the argument from causation which, as you might be able to predict, will go the same way as the first. He didn’t seem like the most creative fella in the middle ages, that’s for sure. Make sure you’re subbed to my newsletter (top right of the sidebar) to be notified when I post that. You can also follow me on Twitter, @godless_mom, and I will post it there, too. 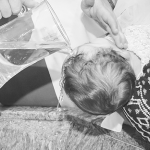 April 23, 2018
Your Stories of Atheism: You'll Have To Get Baptized The Right Way
Next Post 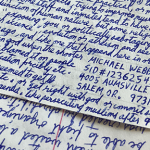 April 25, 2018 Atheist Inmates In Their Own Words: Doing Time In Oregon As An Atheist Pt. 5
Recent Comments
69 Comments | Leave a Comment
"If you don't fear death, then atheism is working for you. When three medical specialists ..."
bill wald 10 New Questions I’ve Never Been ..."
"The Nigerian-American Community and the Embassy in the US would then pressure the Nigerian Government ..."
Christian Death For Atheism: How Do We ..."
"My point is that your "arguments" have been refuted thousands of times already.If you want ..."
TheMarsCydonia Are These 7 Arguments For A ..."
"Looking through the cast of The Odyssey I was looking up what had happened to ..."
lone wrecche How To Say Goodbye
Browse Our Archives
get the latest from
Nonreligious
Sign up for our newsletter
POPULAR AT PATHEOS Nonreligious
1